India To Create Widest Gap Between Rich And Poor By 2030 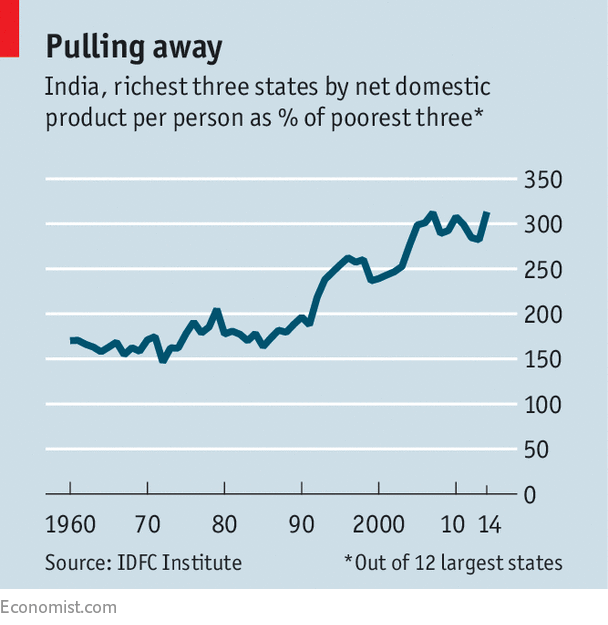 India may become the third biggest economic power in the world by 2030. It has recently become the 5th biggest by replacing the United Kingdom, and is on the track to push Germany and Japan behind to become the 3rd only after the United States and China. However, such an economic growth model is helping the rich grow and keeping the people down by denying even jobs resulting in rate of joblessness to climb to 8.3 per cent. Thus, India is actually heading towards earning the double distinction for the country by 2030 as the third biggest economy with the widest economic gap between the rich and the poor.

India has presently about $3.2 trillion economy far behind the target of $5 trillion economy by 2024-25set by PM Narendra Modi in 2019 at a time when unemployment rate was 45 years high. According to the IMF, in 2019, India had already became the world’s fifth-largest economy with a nominal GDP of $2.94 trillion overtaking France ($2.71 trillion) and the UK ($2.83 trillion).If we take this into account, India’s growth after three years to only about $3.2 trillion is a very slow economic progress, and at this rate, Modi government is not going to achieve the target of making India a $5 trillion economy within next two years. Even if India becomes the third biggest economy by 2030, it will have little meaning for the common people.

Where the wealth is actually being created and accumulated, and whose cost? This is a most pertinent question that should be answered first to get the clear idea about the Modi government policy implications on favourite persons, the general rich, and the common people. The national account may show all the wealth that may even increase the per capita income but in reality will conceal the declining income of the common people.

“India is quietly laying claim to economic superpower status” reads the title of an article published in the Guardian, with the subtitle “India recently overtook UK as the world’s fifth biggest economy – and it could be third by 2030. The nation of 1.4 billion people is on track to move into third place behind the US and China by 2030, according to economists, the article read.

This article gives an idea about where the wealth of the nation is being created and accumulated. “The staggering wealth accumulated in recent years by Indian billionaires Gautam Adani and Mukesh Ambani has been less well publicized,” the article reads. Adani, in particular has come to represent India’s growing economic strength, who had become Asia’s richest person in February, and now ranked third in the world with a fortune of $143 billion.

Both Ambani and Adani are Gujarati, as our Prime Minister Narendra Modi. These widespread industrial interests are representing the India’s economic growth story. Both are said to be Modi’s friends, and Modi’s market reforms, including cutting corporate tax from 35 per cent to 25 per cent helped them most. “Adani is close to Modi who has been known to use the tycoon’s private jet for campaign trips,” the article published in the Guardian read.

It is therefore clear that the kind of economic growth India is pursuing has little to do with common people because it is jobless growth. It means the economic growth are being pursued at the cost of common people who are going jobless, and poverty and destitution is spreading fast due to lack of social security coverage and restricted access to essential financial and health facilities to the public in general.

That is why the figures of growth recently released by the Modi government is received well by the people who are concerned only with the wealth creation and accumulation, while criticized by those who emphasize that such a growth has no meaning without human development and well-being of common people.

The part of the government propaganda is that India’s economy showed signs of stabilizing last month with strong demand for services helping weather headwinds form high inflation. The economic indicators showed sentiment in the services sector – which accounts over 50 per cent of the $3.2 trillion economy – was upbeat in August, tax revenue were robust and demand for loans high. However, everyone agrees that the rising rate of joblessness was the main drag on the economic as well as human development in the country. MIE data shows the jobless rate climbing to 8.3 per cent which was highest in a year. It means the current pace and mode of economic development and expansion is not enough to create new jobs for about one million new workforce joining every month in the labour market.

A recent ILO report has given another data about rising working poverty in India, which has reached to 73 per cent in the country. These are poor quality jobs that are keeping the working population in extreme poverty, moderate poverty, or near poverty conditions. Modi government is further pursuing a policy to promote more informal, gig, or platform jobs that have no social security coverage right now.

Then there is a new trend of changing work of world in which gender and digital gap is too wide at present and will keep more people out of jobs and thereby social security coverage. Modi government must change its policy for life with dignity for common people, rather than the present policies of wealth creation and accumulation in the hands of a few. Wider the gap between the rich and the poor, greater will be the miseries of the people. Selling dream of becoming economic superpower to the common people is deceitful. (IPA Service)