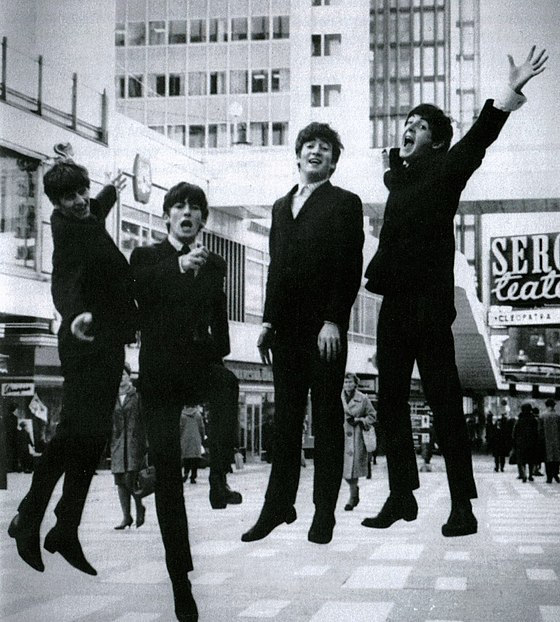 “There is no God in cinema, Godard is God”- that was how a young member of our South Calcutta Film Club quipped as we were discussing the French films in 1965 after a screening of some films in the French consulate including afilm of one of the founders of French New Wave Jean-Luc Godard. Godard passed away on September 13 in his home in Switzerland at the age of 91 leaving behind a legacy of large number of films beginning with path breaking Breathless in 1960 and ending with The Image To Look in 2018..He was a disruptor in the conventional cinema world of 1960. He invented new idiom of film making and inspired a new generation of thinking film makers in the 1960s and 1970s andlater also.

As Amartya Bhattacharya, the young Kolkata based film maker who recently released his film ’Adieu Godard” without knowing that the maverick would die so soon, wrote in his blog “Jean-Luc Godard can’t be expressed in text, nor in any discrete form. He is the only definition of himself. Anyone exposed to his films will know what I mean. He destroyed, he created, he triumphed. And he did so in a way that he became an institution and, at the same time, the face opposing all institutions.”

According to Amartya, Godard is not one of those filmmakers who are over-obligated to the traditional. He dared to question and take the status quo head on. He is not just a filmmaker but a revolutionary. He has shown the world that any power or hegemony can be challenged, even Hollywood. Through his films and words, he was, is and will remain an epitome of courage, boldness, art and intellectual fire.

The young 35 year old film maker wrote “His cinema could rise way above the content, so much so that many would look at Godard more as a form of cinema than the content he created. His cinema is a testimony to a harmonious marriage between form and content, aesthetics and power, objectivity and subjectivity, thesis and antithesis, sensitivity and intellect. He was political, yet not a propagandist. His omnipresence in his films and sheer indulgence took several critics by surprise, but he, being Godard, took cinema to a height where his critics would only make a mere mockery of themselves.”

Godard was a craze in Calcutta in 1960s. After 1964, many new film societies were founded in Calcutta and the districts of Bengal led by the young activists who were interested in both good cinema and left politics. Same was the situation in Kerala. We got reports that young film lovers in Kerala were closely monitoring the French cinema and Godard had emerged as the icon to the aspiring film makers who were making efforts to do new type of films. In Calcutta, that was a period of big turmoilfor the politically inclined youths. The economy was sinking after the 1962border war with China. The Communist Party got split. There was greatanger among the sensitive youths, Many ofthem became followers of Mao Zedong and Ernesto Che Guevara, simultaneously looking for films with revolutionary fervour.

It was duringthisperiod that Godard was receivedin Calcutta by its youthand film lovers with big embrace.Thefirst major festival of French films was organized at Majestic cinema hall by the Federation of Film Societies of India in 1967 and the filmsbelongedtomost oftheleading directors of new wave led by Godard. Godard’s Pierre the Fool was a big hit with the film lovers. The French embassy officials who attended, were pleasantly surprised at the massive response of the Calcutta audience to the French films of 1960s.

In fact, most of the leading film directors of Bengal of that time minutely saw the films and scrutinized both form and content for taking lessons. The opinion varied but there was general agreement that the new wave film making technique had opened up ways for making films with less costs and cost effective technology. Satyajit Ray was the most meticulous among the film directors who scanned the new wave directors including Godard in all their entirety. Ray was an ardent admirer of Vittirio De Sica and his films. During his stay in London in 1950, he liked the Italian neorealistfilms most and had dislike for some of the French avant guard films of that time. But he liked many of the films of French new wave in 1960s including Godard.At the 1967 festival, he saw some of these films beforebut he attended the1967 Festival allthrough.

About Godard, Ray said in his essays complied in “Deep Focus” “Godard’s main unconventionality lies in completely doing away with development in terms of plot. Some make this claim on Antonioni too. But this is false. Beneath an exterior of apparent arbitrariness, Antonio0ni’s films conceal an almost classical formal pattern. With Godard, there is no such concealment.” To Satyajit Ray, a Godard film assumes to him the aspect of a collage and that’s how his works ought to be judged and that is where lies the Godard film’s aesthetic vitality.

As against this caution by Ray on Godard while appreciating his genius, Mrinal Sen was ecstatic about Godard and French new wave. He used many of the editing techniques of Godard in his films Chorus, Interview and Padatik. Freeze shots and jump cuts became very favourite with him. On the other hand, the maverick film director Ritwik Ghatak was not at all appreciative of Godard. He felt that there was nothing to learn from him. In fact, he quipped once in our adda (gossip session) “Tell Godard to follow me, he will learn more”. Ritwik had also terrific disruptive power buthe could not use his full potential as film maker due to his alcoholism which led to his premature death at only 50, in 1976.

Godard was given Lifetime Achievement Awardby International Film Festival of Kerala in 2021. Godard refused Oscar award by the American Academyin 2010 but he was elated in getting the IFFK award though he was ailing. He spoke directly to the Festival audience through video conference. Famous film director Adoor Gopalkrishnan received the award on behalf of Godard. Adoor said that Godard wrote the grammar of cinema and he had learnt immensely from him.

A lifelong rebel with a cause, Godard had his own type of Marxist understanding. In French film, industry, there was lot of supporters of French Communist Party in 1960s. The French Party’s cultural group once discussed the possibility of roping in Godard to party fold, but Alan Resnais, resisted that saying he should not be brought under any discipline. Let him operate on his own. Godard made political films many of which were not to the liking of the left wing cultural activists of Europe. Godard used to say ‘The problem is not to make political films, but to make films politically.”.

Most of hissuccessful filmswere made in 1960s. Starting with his Breathless in 1960 his 1963 film Contempt was widely appreciated. Alphaville made in1965 had a different content. He shiftedto a direct anti-war and anti- capitalistthemes in 1970s but with limitedsuccess. Godardswitchedoverto a sort of mainstream content in1980s. Detective and King Lear were made in this period. In 1998,at theage of 68,Godard completed the monumental ‘Histoire(s) du cinema a mega history of filmwhich is also containedin three books. For the last two decades,Godard exploredmany ideas and acted as a mentorto a lot ofyoung filmmakers.

How will be Godard remembered in his nearly seven decades of film career with 45 films? To quote Satyajit Ray again “With any other art, I would have said with confidencethat Godard would win in the end. But in the ruthless and unserious world of commercial cinema that he has to operate, I have my doubts”.Raywas correct. The very structureofthe global cinema and the expansion of Hollywood had its deep impact on the European film industry including France. Godard was finding it difficult to implementhis ideas. Godard played his due role in 1960s and 1970s. He tried to adapt to the new technology while remaining true to his ideology. It was a very difficult task to remain relevant for long but Godard had his role marked out prominently in the history of world cinema starting from Griffith and there lies his greatness. (IPA Service)

Goa fiasco couldn’t have come at a worse time for Rahul
Posting....