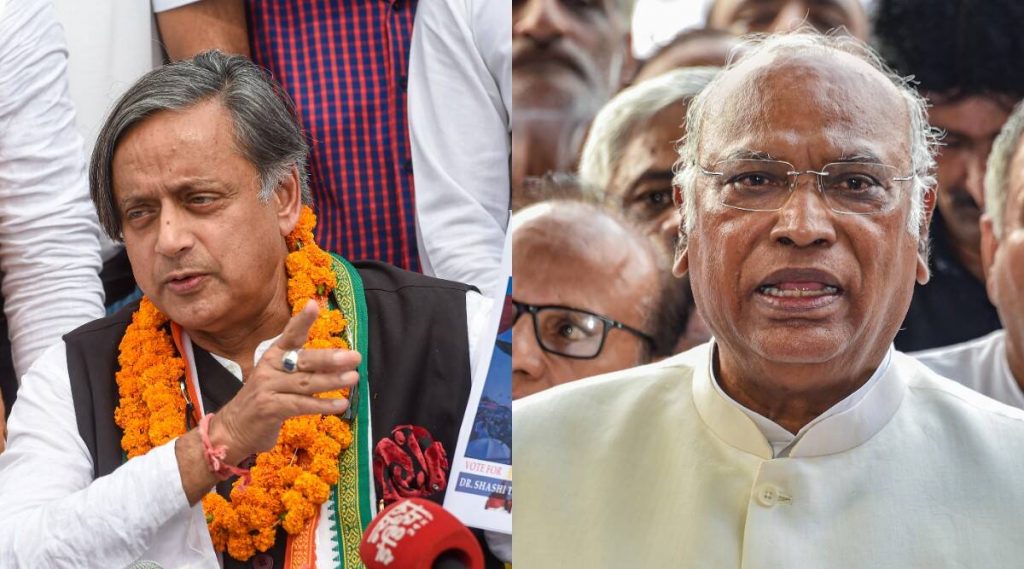 THIRUVANANTHAPURAM: Will Congress presidential hopeful Shashi Tharoor spring a surprise by winning the election for the top party post?  That is the question uppermost in the minds of Congress leaders and activists in his home state Kerala.

Political experts, however,  say the odds are against  Tharoor. Although the Congress High Command has proclaimed its neutrality in the election, the overwhelming perception in party circles is that Tharoor’s opponent, Mallikarjun Kharge has its tacit backing. The majority of the Pradesh Congress Committees (PCCs) have made no secret of their preference for Kharge.  The bias against Tharoor is clear also from the fact that when he visits various PCC offices, the office-bearers are conspicuous by their absence! The only exception has been the Madhya Pradesh PCC where senior leader Kamal Nath accorded Tharoor a warm welcome, much to the surprise of the latter!

His supporters argue that Kharge is a veteran leader with rich experience of party work. His credentials for the job are impeccable, they contend, adding that Kharge is also more aggressive in his opposition to the forces of communalism led by the BJP-RSS combine. As against this, Tharoor lacks organizational experience, and is a latecomer to the Congress having joined the party only 13 years ago. Also, Tharoor’s proclivity to come out with frequent remarks and statements which run counter to the declared policies of the Congress have also not endeared him to the official camp.

Tharoor loyalists oppose this line of argument by saying that he may be less experienced than Kharge in party work. But there is no denying that Tharoor has managed to generate tremendous interest in the election. His candidacy has also triggered a lively debate on the state of affairs of the Congress party and the urgent need to revitalize it. Victory for Tharoor will be a victory for democracy and transparency within the party, his supporters point out. They are also of the view that though Kharge has denied it, he will be remote-controlled by Congress president Sonia Gandhi, her son Rahul Gandhi and daughter Priyanka. The very purpose of the election will be defeated if Kharge emerges the winner. That is the crux of their argument. And they do have a point. After all, protestations notwithstanding, Kharge will find it impossible to ignore the interventions and directives of the Party High Command.

The Tharoor camp thinks his election as the party president will usher in the organizational revamp badly needed by the party, which has been enfeebled by repeated electoral debacles and setbacks caused by large-scale defection of senior Congress leaders. The most important gain, they say, will be the end of the High Command culture sedulously fostered over the years by the acolytes of Gandhi family. In his ‘manifesto’, Tharoor has underlined the need to end the practice of looking for the permission of the High Command even for the election or selection of district chiefs of the Congress.

The Tharoor camp is also upset that despite the High Command’s directives to remain neutral, party office-bearers are openly campaigning for Kharge. He has even gone to the extent of complaining to the election authority about the bias against him. Tharoor has made particular mention of the pro-Kharge campaign launched by former Kerala PCC president Ramesh Chennithala. It remains to be seen whether any action will be taken against the Tharoor baiters.

Tharoor is also unhappy about the list of delegates handed over to the candidates. The list is full of discrepancies, he alleges, adding that this has put him in an extremely disadvantageous position and affected his campaign. The list is riddled with incomplete details in the list of delegates. Some lists had names, nut no contact numbers while some others had names but no proper addresses! Therefore, it was difficult to approach them, Tharoor has said. This shows that there are glaring flaws in the party’s system as no such election has been held in 22 years.

In support of his argument, Tharoor says that, on September 30 when he filed his nomination, he was handed over a list of delegates who would be voting for the election. Having found that there were no addresses or phone numbers listed against many of these delegates, he sought the Chief Election Authority (CEA)’s help. They were given, on October 5, a second list Incidentally, this list did not have  at least 500 names that had figured in the earlier list but had a different set of 600 names!

As far as Kerala is concerned, the Congress camp is clearly divided. Of course, Kharge has the overwhelming support of the party leaders in the State. The confusion among the state leaders is clear from the fact that Kerala Pradesh Congress Committee (KPCC) president K. Sudhakaran himself changed his stance thrice. In his latest U-turn, Sudhakaran has thrown in his lot with Kharge. Tharoor has said that this is nothing but a clear violation of the AICC president Sonia Gandhi’s writ. But it is also clear that the younger leaders in the party in the state are with Tharoor. Congress MP Hibi Eden, MLA Mathew Kuzhalnadan and former MLA K S Sabarinathan have openly supported Tharoor. And Tharoor claimed that many more young leaders would vote for him, adding that he would manage to secure more votes than the rival camp thinks.

Whatever the outcome, the contest has energized the party like never before. Kharge’s victory would mean status quo, argues the Tharoor loyalists. The party now needs sweeping changes if it has to survive and emerge as a viable alternative to the BJP Government at the Centre. Supporters aver that Tharoor alone can usher in the changes that are an essential pre-requisite for the revival and longevity of the grand old party. (IPA Service)

RSS Has Started A Major Drive To Project Itself As Vanguard Of Indian Nationalism
Posting....