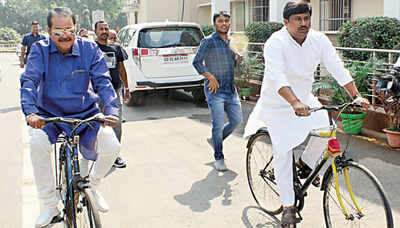 The rupee breached the 80 level versus the dollar for the first time amidst a widening trade and current account deficit.  The continuous decline in the value of the rupee is bound to increase inflationary pressures. This, coupled with already existing inflation and high unemployment, shows how the economy is being mismanaged by the Modi government by its pursuit of pro-big business policies. The wholesale and retail inflation rates have remained continuously high at 15 per cent and 7 per cent respectively.  This has resulted in a relentless price rise of all essential commodities, particularly food items.  Additionally, the people have been burdened with the ever-rising fuel prices, including the enormous rise in the price of cooking gas cylinders.

The value of the rupee has been declining continuously during the last three years due to multiple factors.  Important among them are the increases in the trade and current accounts deficits of the balance of payments.  An immediate factor in the current round of depreciation has been the exit of foreign portfolio investment ever since the US Federal Reserve hiked interest rates. For instance, foreign institutional investors have taken out $30 billion by selling equities so far this year.

The Reserve Bank of India could have checked the decline of the rupee through open market intervention given the large foreign exchange reserves it has.  Not doing so, except on a few occasions, indicates that the RBI allowed the rupee to depreciate to increase the competitiveness of Indian exports and make imports expensive in rupee terms to reduce the trade deficit.  But this did not happen because the decline of the rupee has been mainly through capital outflows, viz., foreign portfolio investments and hence the depreciation of the rupee value has not led to a reduction of the trade deficit.

The depreciation of the rupee is going to have an across-the-board impact as it will increase the cost of imports. The government will seek to cut subsidies as a higher subsidy bill will be due to the high proportion of subsidies on imported fertilisers and petroleum products. This is only going to add to the general inflation and price rise.

It is at a time when ordinary people are suffering from galloping price rises that the government has imposed a hike in GST rate for various commodities.  For the first time, a 5 per cent tax has been levied on a range of food items like pre-packaged cereals, pulses, curd, paneer, meat and fish.  GST rates have been imposed for a whole range of other services including cremation charges, hospital rooms, payment by cheques etc.

Only a callous government could consider heaping such burdens on people by increasing the price of food items through taxation.  Finance minister, Nirmala Sitharaman, has claimed that the new GST proposals were adopted by the GST Council by consensus and no representative of any state government had opposed these measures. This is patently untrue.

The finance minister of Kerala, K N Balagopal, was a member of the group of ministers (GoM) on implementing GST rate revision.  The Kerala finance minister had, in a letter dated November 29, 2021, expressed his reservations and asked for a more detailed study on how to raise revenues through the GST system without burdening the common man.  This letter was again sent to the last GoM meeting held on June 17 to reiterate the Kerala government’s stand.

The decision to impose GST rates on a whole range of food items at the Chandigarh meeting of the council is an illustration of how opaque, decision-making is in the council.  The Kerala government has now decided not to tax food items sold by entities like Kudumbashree or small shops in one or two kilogram packets.

The Kerala government has been consistently taking the position from the time of the earlier finance minister, Thomas Isaac, during the previous terms of the LDF government that the right approach would be to not tax food items and lower GST rates for household consumer goods and instead increase the rate on luxury goods by restoring the initial 28 per cent slab.

However, the Modi government does not intend to tax the rich and luxury consumption.  This is a government which lowered corporate taxes in 2019 which resulted in a loss of Rs 1.45 lakh crore in revenue; there have been a series of loan waivers for the corporates while rich defaulters owe Rs 2.4 lakh crore to the banks. The loss of revenue from such concessions and bailouts is sought to be made up through savage indirect taxes such as taxes on petroleum products and GST rate hikes on food items and mass consumption goods.

Such a regressive approach must end.  To begin with, the GST rate hikes must be withdrawn and the surcharges and cesses on petrol and diesel scrapped. Instead, levy more taxes on the super-rich and the corporates. (IPA Service)