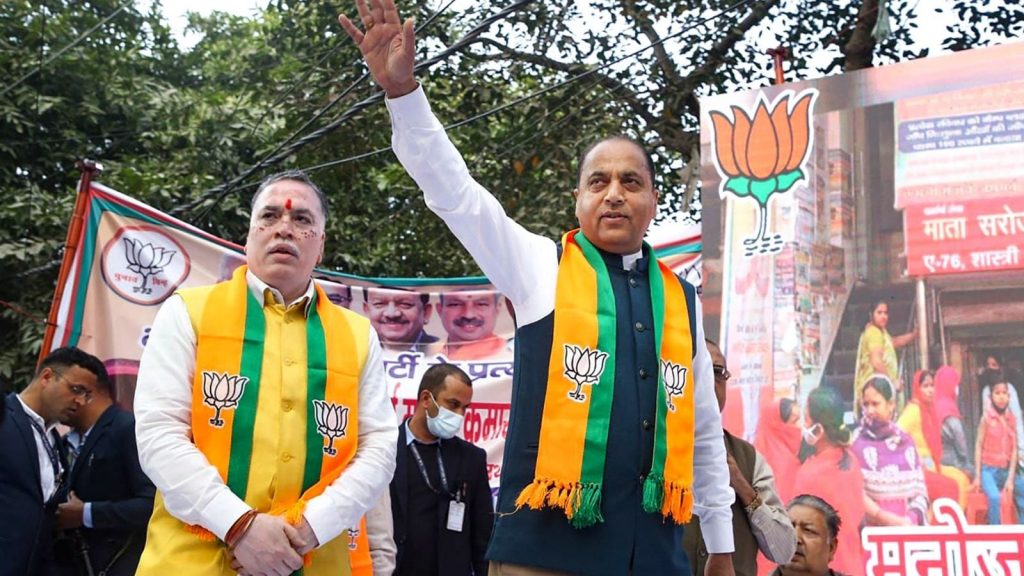 BJP leaders, including Union ministers, mounted a joint attack against Chief Minister Arvind Kejriwal on Thursday, saying he has looted Delhi by giving protection to the corrupt and is now looking to loot the municipal corporation.

Campaigning for various party candidates in different wards ahead of the Municipal Corporation of Delhi (MCD) polls, the BJP leaders said if the party is voted to power in the civic body, its double-engine government will ensure the all-round development of the capital.

The BJP has ruled the MCD for 15 years and is seeking a fourth term.

“Earlier Kejriwal was known for U-turns, now he is known for doing politics of lies and deceit… to the corrupt, Arvind Kejriwal looted Delhi and is now eager to loot the MCD,” Union Minister Anurag Thakur said at a public meeting.

The AAP is trying to “buy votes” after “selling tickets” for the civic elections, he said.

Union Minister Narendra Tomar said if the BJP wins the elections and its councillor becomes the mayor of Delhi, then he will be “no less powerful” than Kejriwal.

“The BJP’s double engine at the Centre as well as the MCD will ensure the all-round development of Delhi,” Tomar told a gathering in Jahangirpuri area.

“The AAP lost elections in Uttarakhand, it will also lose all seats in Himachal Pradesh and (its candidates will) fail to save (their) deposit(s) in the Gujarat Assembly polls,” he added.

Delhi BJP president Adesh Gupta asserted that the BJP will win more than 200 of the 250 wards in the municipal polls.

Addressing public meetings in Badarpur and Chhatarpur, Dhami said the BJP’s lotus will bloom once again in the MCD polls.

The counting of votes for the municipal elections will take place on December 7.

BJP got 80% of total electoral bond funds in 5 years