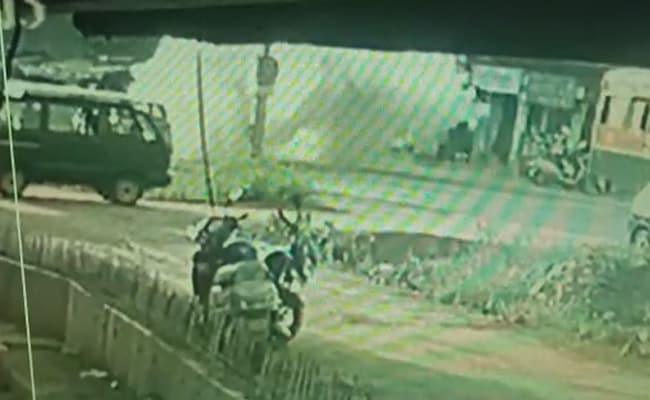 The autorickshaw blast in coastal Karnataka’s Mangaluru Saturday was not accidental but an “act of terror with the intention to cause serious damage”, the state police chief confirmed today. While confirming the news on Twitter, Karnataka DGP Praveen Sood also added that the state police is “probing deep” into it along with central agencies.

“The state police has launched an intensive investigation into the auto rickshaw blast incident that took place in Mangalore yesterday.  It is suspected that this may be a terror-related incident. Along with the state police, central investigation teams will also join hands,” he said.

Two people – autorickshaw driver and a passenger – were injured when the vehicle exploded after it came to a stop on a road and near a building where construction work is going on.

CCTV visuals from the location, shared by police, showed the autorickshaw catching fire following what appeared to be a minor explosion. The police, however, did not confirm if it was a ‘blast’.

“It is early to jump to conclusions. The driver alleged he spotted the fire. They (driver and passenger) are undergoing treatment and are unable to speak now. We request the public not to spread rumours. They should remain calm and not panic. We will update once we speak to them,” city Police Commissioner N Sasikumar had said.