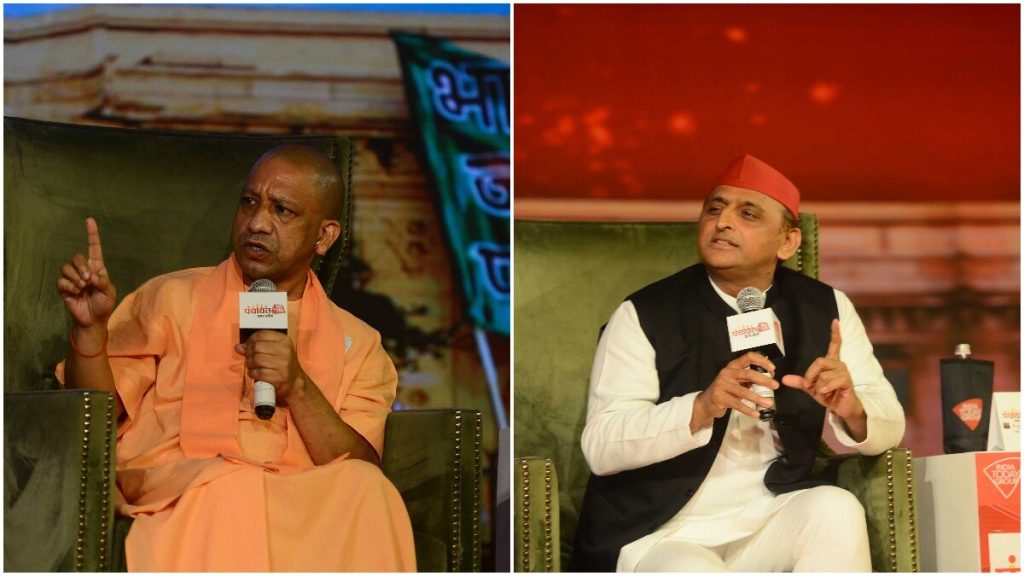 LUCKNOW: Fighting their assembly polls for the first time Chief Minister Yogi Adityanath and Samajwadi Party national President and former chief minister Akhilesh Yadav are facing tough challenge from their rivals but both of them should win convincingly.

Though Yogi Adityanath and Akhilesh would win their elections but their constituencies would witness interesting contest to draw attention from national and international media. There is a similarity between two of them as both are sitting MP and claimant   for the covered post of chief minister of UP.

BJP and Samajwadi Party have given tickets to important persons against CM Yogi Adityanath and Akhilesh Yadav to put up serious fight. It is not going to be walkover for them. Chief Minister Yogi Adityanath is contesting from Gorakhpur Sadar which is part of Lok Sabha seat represented by him for five terms.

Yogi Aditya Nath, who is mahant of powerful Gorakhnath peeth temple having influence in eastern UP and Nepal is being challenged by important dalit leader and president of Bheem Party Chandrashekhar Ravan and Sabhawati Shukla from Samajwadi Party.

Chandrashekhar Ravan who visited this constituency for the first time in August 2021 has expanded network of his party and made booth level committees to put up tough challenge to CM Yogi Adityanath.

During his election campaign Ravan, who belongs to Saharanpur  district and worked there in dalit community, reminded  the voters that voters of Gorakhpur had defeated sitting CM TN Singh in 1971 so Yogi Adityanath could also be defeated. It may be mentioned here that sitting CM TN Singh was defeated by young Congress candidate Ram Krishna Dwivedi in Maniram assembly constituency of Gorakhpur.

Samajwadi Party has also put very serious candidate Sabhawati Shukla, widow of very popular BJP leader Upendra Shukla who had been state president of BJP and was party candidate in 2018   in Gorakhpur Lok Sabha by election and lost to Praveen Nishad of Samajwadi Party.

Since Yogi Adityanath belongs to thakur community Samajwadi Party wants to capitalise on discontentment in Brahmin community. It would be worth mentioning here Gorakhpur is known for confrontation between thakurs and brahmins leading to gang war. The harassment of brahmins and victimisation would be highlighted by Samajwadi Party during regime of Yogi Adityanath, in the course of campaign.

Akhilesh Yadav also decided to contest from Karhal assembly constituency which is Yadav dominated and continuously won by Samajwadi Party. During his recent visit to Karhal Akhilesh interacted with party workers and appealed to voters to ensure his victory by record margin.

BJP also took up the challenge very seriously and surprised everybody with the candidature of central minister SP Singh Baghel who at one time had been personal security officer of the then Chief Minister Mulayam Singh Yadav and later on became member of Rajya Sabha, Lok Sabha several times, on tickets from Samajwadi Party, BSP and BJP. He was also national President of Backward Morcha of BJP and member of Yogi cabinet now a central Minister.

With the candidature of central Minister BJP wants to give message that it was seriously fighting against Akhilesh Yadav and wants to mobilise all non-yadav forces with the contribution of dalit voters to defeat former chief Minister who has emerged as main challenger to CM Adityanath for his coveted post. (IPA Service)