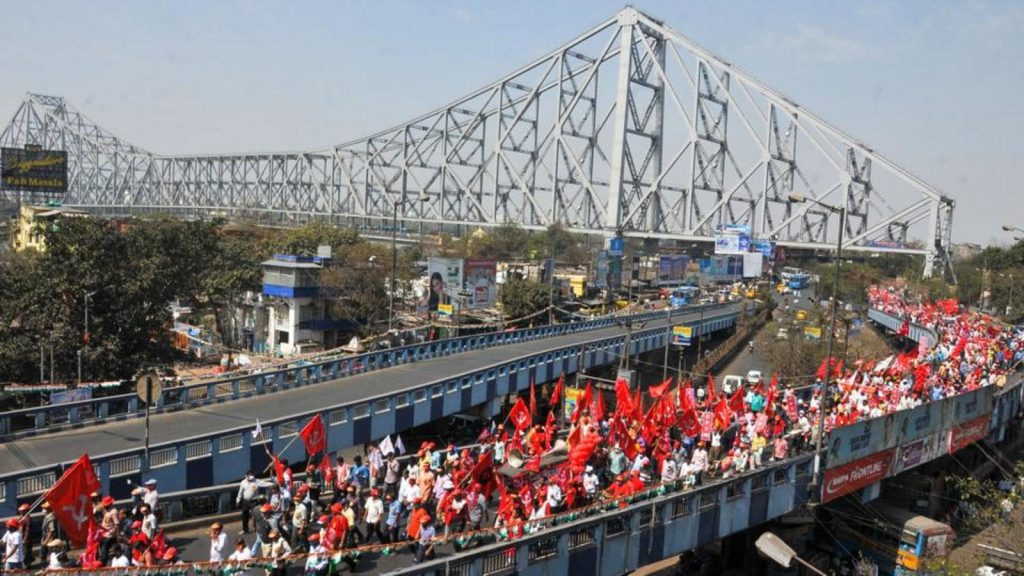 Manipur is going for assembly elections in two phases on February 27 and March 7. The politics in the state has gained a higher pitch. There is a very high stake for the ruling BJP led NDA since the state still seems to be heading towards a hung assembly, a prediction that the last poll survey has made almost one month ago.

Prime Minister Narendra Modi’s Manipur visit last month, during which he addressed a public gathering at the Hapta Kangjeibung ground in Imphal and his inaugurating 13 projects worth Rs4,815 crore seems to have little effect on the ground. An additional 29 projects worth Rs 2,450 crore were even virtually inaugurated by the Union Minister of Home Amit Shah also failing to entice voters in BJP’s favour. The chief reason behind this is that the Chief Minister Nongthombam Biren Singh has been drumming up for BJP only government in the state for almost last one year. It has irked their partners in the NDA and their supporters and their cohesion has somewhat weakened. ABP-CVoter poll survey  last month  had predicted a close contest between the BJP and the Congress, which now seems even a ‘closer contest’ now as on February 8.

Obviously a hung assembly fear looms large on Manipur. The range of seats was projected by the survey for BJP was 23-27 and for the Congress 22-26. The Congress has gained more ground in the last one month almost blunting the BJP’s edge perceived one month ago. How the BJP has been losing ground according to the opinion polls since September 2021, has rung the alarming bell for the party when it was predicted to be winning seats in the range of 32-36. It is now self-explanatory why the N Biren Singh was batting for BJP only government in the state. However, the political prospect for the BJP has drastically diminished now. The BJP had won only 21 seats in the 2017 election, and hence it is safe to conclude on the basis of the survey prediction that the party has not improved much.

As against this the prospect of the Congress has considerably been improved since September 2021 when the survey projected a range of seats for the party between only 18-22 which was in 22-26 range a month ago. Congress has won 28 seats in the 2017 election, and hence we can conclude that its political fortune has not diminished much.

All these indicate that the regional political parties may be heading for a loss making room for increasingly closer contest between the BJP and the Congress. In 2017, in the 60 member assembly, Congress had emerged as the largest political party by winning 28 seats, followed by BJP winning 21 seats. LJSP, TMC and Independents had won one seat each, while NPF and NPP had won four seats each. Despite being single largest party, the Congress went out of power in the state after 15 years of rule, and the BJP formed government with the support of NPF and NPP. LJSP, TMC and the Independent MLAs also supported the BJP government.

However, the situation has changed now. The push for ‘only BJP’ rule has now irked their alliance partners from Manipur and ‘other states’ and their supporters, and it is here, the prospects of the Congress led Manipur Progressive Secular Alliance (MPSA) has brightened. MPSA includes Indian National Congress, Communist Party of India (CPI), Communist Party of India (Marxist), Forward Bloc, Revolutionary Socialist Party (RSP) and Janata Dal (Secular). Only three days ago on February 5 they have launched their 18-point Common Agenda, which has showed considerable attraction for the common voters, especially those who do not want to be superimposed BJP’s agenda on Manipuri territory, history and culture, a sentiment that has become stronger in since the last survey of September 2021.

In case of hung assembly, Congress led MPSA need to have an open mind towards all political parties of Manipur and of other states who had helped the BJP to rule the state for the last five years but are now not happy with the BJP’s present policies and leadership. MPSA also need to be ready to prevent any horse trading in case of an hung assembly which will be possible only if all anti-BJP forces are accommodated during government formation. Otherwise the present BJP’s frustration and Congress’s hope may exchange their places. (IPA Service)

The Nation Needs A Strong Congress And Unity Of Opposition Parties
Posting....