Will The Rishi Sunak Factor Forever Change Politics In India? 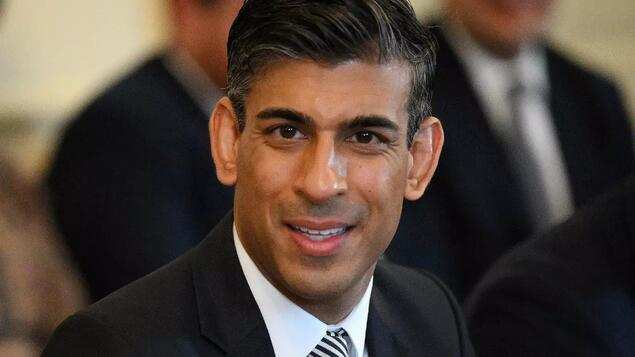 And just like that India split down the middle. This time for what happened 5-and-a-half-hour behind India time. Half of India was rendered low, the other half on a high note. And this partition, too, had Britain at its core. Naming a Hindu PM-designate of the United Kingdom couldn’t have left any other country more divided than India, once a British colony.

To its credit, Pakistan couldn’t care less. However, there were Indians who consoled themselves with the prize that Rishi Sunak’s grandfather was “born in Gujranwala in Pakistan”, forget the fact that in 1935 there was no Pakistan on the planet to throw a no-ball to. Pakistanis came to play the gentleman’s game as a nation only after 1947.

Coming back to the present, from 2 pm GMT, which is 6.30 pm IST, on October 24, the cow-loving British Hindu, Rishi Sunak, with youth on his side like Hindu monk Yogi Adityanath, won the Tory nod to become the next British Prime Minister. And India split vertical thanks to two Congress leaders who should have been clocking ‘Bharat Jodo Yatra’ miles instead of nursing the lament “Muslim PM, when?”

Shashi Tharoor and P Chidambaram, their disappointment writ large at India missing the train to make a Muslim India’s Prime Minister! Tharoor was first off the block. “I think all of us will have to acknowledge that the Brits have done something very rare in the world, to place a member of a visible minority in the most powerful office….let’s honestly ask: can it happen here?”

And P Chidambaram noted “First Kamala Harris, now Rishi Sunak. The people of the U.S. and the U.K have embraced the non-majority citizens….and elected them to high office in government. I think there is a lesson to (be) learned by India and the parties that practice majoritarianism.”

Within half an hour of Rishi Sunak’s “ascent to high office”, hashtags #HinduPM and #MuslimPM were trending. For the BJP, Tharoor and Chidambaram were godsend. The two Congress stalwarts, one of them a veteran to boot, gave the BJP an issue to counter Rahul Gandhi’s cross-country unifying talisman, the ‘Bharat Jodo Yatra’, with.

Halfway through Bharat Jodo Yatra, the Congress succeeded in dividing Indians with a call for a “minority/Muslim PM”. Tharoor and Chidambaram triumphed in giving the impression the Congress was disappointed by the “Hindu Sunak’s ascent” to the highest office in the UK, and Tharoor’s “visible minority” reference took on a specific meaning.

“Aren’t Sikhs a visible minority?” Dr. Manmohan Singh was Prime Minister, not once but for two terms. Which ‘visible minority’ was Tharoor talking of? Were Sikhs too few to be visible? Ditto Buddhist, Jain, Parsi, and the Christian?

Shashi Tharoor, who wrote the book “Why I am a Hindu”, couldn’t have answered his own question with more irony than by prolonging the shelf-life of the BJP’s divisive Hindu-Muslim agenda. And Chidambaram helped turn it into an explosive issue.

The fact is Rishi Sunak is no more Indian than Yogi Adityanath is British. The two have a common love for the cow. And if one is a “monk”, the other is a “Rishi”. That is all. But events and words are conspiring to keep Hindu and Hindu symbols, like Rishi Sunak with the cow, part of the BJP’s divisive discourse.

At the same time, the Congress expected the “visible minority” to coalesce behind the Congress flag. If nothing else, Bharat Jodo Yatra with Rahul Gandhi at its head is a magnet for Muslims. If the Congress promises to make a Muslim the party’s “PM face” it will be the ultimate game-changer.

All that will then remain would be for the secular-Hindu to stay committed to the cause. Can they, let’s call their bluff? But if they do, the BJP election juggernaut will be routed. Tharoor and Chidambaram will have to make the Congress walk their talk and not in euphemisms like “visible minority” and “majoritarianism”. Rishi Sunak can be a sign of things to come for the Congress, too.

The BJP/RSS/VHP will try to hog the Sunak-factor. But a reverse osmosis, so to speak, isn’t out of context. The Congress’s woes started when the grand old party’s Muslim vote-bank moved away in droves, and then it became worse when regional Mandal parties divided the Muslim vote-bank between themselves leaving the Congress high and dry.

For Prime Minister Narendra Modi and the BJP/RSS ecosystem, “Sanatan Ka Swarn Yug” is an ongoing project. And “Rishi Sunak for PM” is another symbol of Hindu-rising! Rishi Sunak may not identify with the Hindutva, but the RSS ecosystem will not baulk from adopting ‘Hindu Rishi’ as its totem.

The Congress should get out of the box. Hashtag #MuslimPM will disrupt the political discourse. Pump energy into Congress workers. Finding the right “Muslim PM Face” will not be easy. But like the saying goes ‘cometh the hour, cometh the man’! “Hindu Rishi Sunak for British PM” has in it the potential to shake up India once and for all. (IPA Service)