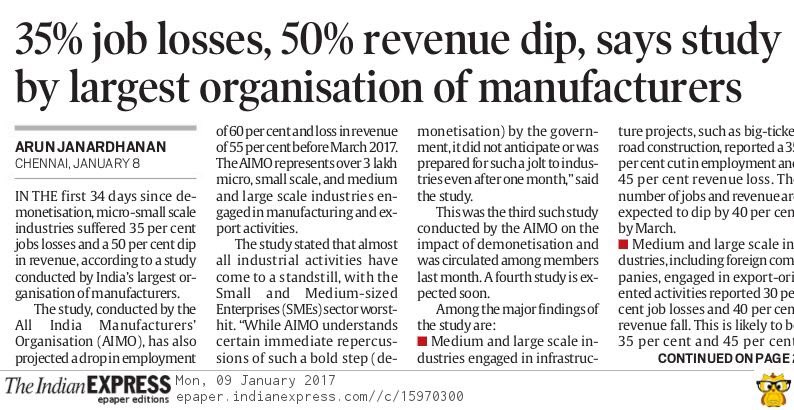 Prime Minister Narendra Modi launched a “Rojgar Mela” (fair for distributing jobs) in Bhopal on October 22, 2022, with a great fanfare, propaganda, and photo-session for media coverage commending efforts of creating jobs in the country by his government in the last eight years. This political expediency is understandable in the backdrop of unemployment remaining historically high ever since his government came to power in 2014, which deteriorated to 45 years high at 6.2 per cent in 2018, and continued rising even thereafter to 7.9 per cent on October 24, 2022 as per the CMIE data.

No one needs a great mind to understand the falsity of the claim of “great efforts” by the Modi government in this frightening unemployment scenario in the country that goes on deteriorating with volatility in the labour market. Therefore, organizing such “fairs for distributing jobs”, is a very poor substitute that the Modi government resorted to, since in the present “fair” only 75,000 jobs were reportedly given when millions of people have been unemployed and jobless for years. In the “75th year of Independence, 75,000 jobs were given” may be pleasing to the PM on account of its rhyme (may be like nursery rhymes), but his love for rhymes cannot effect ultimate good, since he and his government has no intention to give employment to all, and their denial for preparing a National Employment Policy in the Parliament of India is a proof, though it was recommended by Indian Labour Conference (ILC), the highest tripartite body on labour policies, in 2013.

The National Labour Conference organized by Modi government in August 2022, should not be confused with ILC, which aimed to further the implementation of the four controversial labour codes which were brought without consulting ILC, and which are anti-labour and pro-corporate in essence, which will ultimately lead to job losses at faster rates than now.

Modi government’s real intention was even exposed in February 2022, when it curtained the MGNREGA budget by 25 per cent, in a scheme that was being implemented as employment guarantee in the rural India, that too at a time when demand for MGNREGA jobs were higher than earlier. Since it is a demand based scheme, every effort were made to discourage workers not to demand work in this scheme, the chief among them was non-payment of wages for months, which the Supreme Court of India said “modern day slavery” last year.

Despite this fact, for political reasons, Modi government needs some political maneuvering to show that they are seriously working for providing jobs to the unemployed of the country. His government has been criticized by all political parties in opposition, as well as the unemployed. However, organizing “fairs for job distribution” is a very poor substitute for “National Employment Policy”. Moreover, it cannot cover up the government’s failure in the past, and in the days ahead when large scale job cuts are scheduled.

It should not be out of place to mention here that Narendra Modi as a prime ministerial candidate in 2013 has first promised one crore jobs every year, and later in 2014 promised jobs for all, which was interpreted as 2 crore jobs every year on the basis of the requirement on the ground level. However, his promised jobs remained a promise, and never seriously taken into consideration to solve the rising unemployment crisis.

The “fair for job distribution” that PM Modi launched would reportedly recruit 10 lakh people. Given his failure of keeping promise on job front, we can well suspect even this report. Modi had directed various ministries and departments in June this year to recruit more than 10 lakh people in next 18 months. The “fair” organized after four months provided only 75,000 jobs speaks volumes about the government’s dismal performance.

However, he patted his back by explaining the rationale behind the “Rozgar Mela” saying, “We decided that a tradition of giving appointment letters in one go should be started so that a collective temperament of completing projects in a time-bound manner develops in the departments.” If in four months you are giving only 75,000 jobs, how can you give 10 lakh jobs in 18 months? It is again a bad politics since by that time election process should begin for 2024 general elections.

PM Modi had enumerated several government schemes and the crores of jobs created by their efforts. However, the present ground reality contradicts his overall claim of providing jobs. To camouflage and conceal the reality he said that India grew with high speed during his regime from 10th largest economy to 5th largest, but he did not mention that such a growth had worked only for rich, and was merely a jobless growth.

Labour market has been highly volatile an uncertain. People are getting jobs one month and losing in the next. For example, in the month of June when PM Modi announced recruitment drive in government, the unemployment rate in the country was 7.83 per cent, which came down sharply to 6.83 per cent in July, rose sharply to 8.28 per cent in August, and came down sharply to 6.43 per cent in September. Now in October, it is likely to rise to about 8 per cent, despite the festive season and the beginning of the economically busy six-months period of the year. It shows that the so called economic revival is not working for the workforce in the country.

Now more hardship is waiting for the workforce in the country. A recent survey report KPMG 2022 CEO Outlook has found that 58 per cent of the CEOs in India expect recession and possible job cuts. About 46 per cent of CEOs globally looking at job cuts, and 39 per cent have already frozen hiring. Reports of job cuts are appearing daily on media. It indicates very hard time ahead with a large number of job cuts. There seems to be only two options – provide jobs or social security coverage to avoid disastrous consequences for the workforce. Any political expediency such as “Rojgar Mela” is like becoming an ostrich burying its head in the sand. (IPA Service)