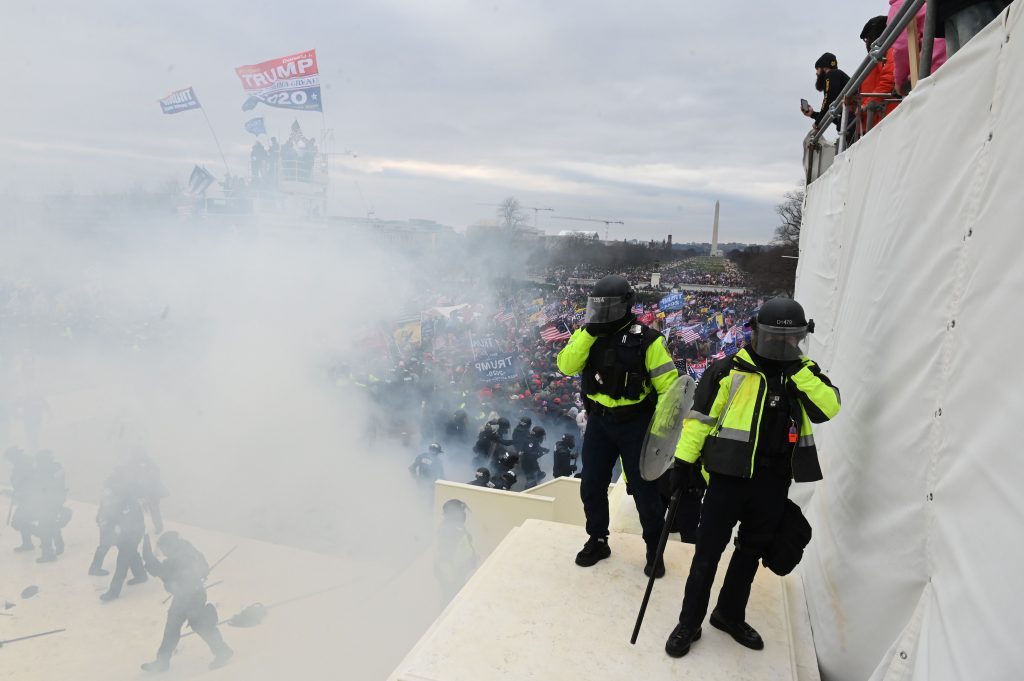 The security failure that led to the January 6 Capitol Hill riot in 2021 was always deeply weird. How was it that the vastest, most penetrating surveillance state in human history Unites States of America was taken by surprise? Why was law enforcement ― which responds to just about any gathering at the Capitol as if it were an invading army, and had spent the previous year brutally putting down unarmed protesters ― so undermanned and under-resourced on the day it maybe mattered most? As ,ore disclosures about the riot are coming  out, it is only getting weirder

A congressional hearing on October 13, for instance, revealed yet more evidence that law enforcement knew something dangerous might happen that day. Records obtained by the January 6 committee show that the Secret Service had been keeping tabs on the chatter of pro-Donald Trump websites, knew there were plans to bring arms to engage in political violence, was aware some pro-Trump protesters intended to storm the Capitol, and knew about death threats being made against then vice president Mike Pence, who played what the protesters saw as the key role of officially certifying the election result. In one December 26 email, a Secret Service field office shared a tip it had gotten from the Federal Bureau of Investigation (FBI) about the plans that day of the Proud Boys, a far-right group notorious for its use of political violence.

“They think that they will have a large enough group to march into DC armed and will outnumber the police so they can’t be stopped,” the email read. “Their plan is to literally kill people. Please, please take this tip seriously and investigate further.”

The disclosures prompted Democratic representative Adam Schiff of California, a member of the January 6 committee, to charge that earlier testimony from White House and Secret Service witnesses that they’d gotten no intelligence about possible violence on the day was “not credible.”

These disclosures come on the heels of a series of scandalous headlines about the Secret Service’s conduct that day and since. The Secret Service ― whose security for Trump was led by veteran official Tony Ornato, a loyalist who, unusually, held the position of White House deputy chief of staff for operations at the same time ― reportedly tried to whisk Pence away to a military facility twelve miles away in the middle of the episode, which would have prevented him from being at the Capitol to certify the election. When the department of homeland security inspector general’s office later requested the Secret Service’s text messages from January 5 and 6, oversight officials found they’d been deleted shortly after the request.

Things don’t get much better for the agency when looking at the nearly nine hundred pages of documents Bloomberg News obtained earlier this month from the very Secret Service division whose job is to identify threats. Besides the scores of pages showing the agency’s detailed awareness of plans for a “large-scale demonstration” on the day made by pro-Trump groups, including extremist organizations like the Oathkeepers and Proud Boys, the documents at times seem to play down the violence of the latter.

A January 4, 2021 Secret Service report states that “the group has not been known to engage in civil disobedience and their demonstrations have ended without incidents or arrests.” Variations of this claim are repeated throughout, with even a post–Capitol riot, February 17, 2021 brief on the Proud Boys noting that many members’ social media posts about the election “contained vague threats of violence.”

But this was a dubious statement long before the events of January 6, given the group’s well-known history of violence, and given that their leader, Enrique Tarrio, was arrested and charged on January 3, 2021 for a December protest in DC that had turned violent and seen nearly forty people arrested. Adding to the strangeness, Tarrio was revealed soon after this to be, to borrow the word his lawyer used eight years ago, a “prolific” undercover asset for the FBI and local law enforcement.

On top of all this, there’s the January 13, 2021 email sent to Paul Abbate, a longtime counterterrorism agent at the FBI who would be named deputy director of the Bureau the following month. Released earlier this month as part of a tranche of Capitol riot–related FBI documents, the email features someone apparently involved in the Bureau telling Abbate about the level of sympathy within the FBI for the far right.

One FBI squad reportedly switched their televisions from Fox to Newsmax after the election, because they’d decided Fox was “playing to the left” and reporting “fake news.” Multiple black agents have allegedly declined to join special weapons and tactics (SWAT) teams “because they do not trust that every member of their office’s SWAT team would protect them in an armed conflict.” A senior analyst who had recently retired “has a Facebook page full of #StoptheSteal content.”

These issues aren’t unique to just one or two agencies. Roughly 13 percent of those hit with charges over the Capitol riot had a background in either the military or law enforcement, including thirty off-duty police officers from a dozen departments. Meanwhile, in September last year, a former top Capitol Police official blamed two senior officials, since promoted to lead the Capitol Police, for the intelligence and leadership failures that led to the riot, accused them of making false statements to Congress about their conduct around the event, and charged that congress people had “purposefully failed” to tell the story of these failures.

It’s still not clear what all of this points to, whether deliberate collusion, incompetence, unconscious bias, or some combination thereof. But none of it inspires confidence in a system of law enforcement that has long been overly friendly with and at times infiltrated by far-right extremists, and whose officers are known to sometimes openly share racist posts or even join extremist groups.

Until now, the January 6 investigations have tended to ignore this part of the story in favour of lionizing law enforcement’s conduct in the episode, and focusing instead on the behaviour of the many low-level protesters who had no ties to right-wing militias or seemingly no clue what to even do once they got into the Capitol. It’s part of a pattern in the Trump era that’s seen leading liberal voices venerate institutions like the FBI as a way to cast the former president as uniquely outside of the American mainstream, and which has resulted in an expansion of police powers since.

But if we’re going to talk about an attempted coup, then the role of law enforcement agencies ― whether through incompetence or malice ― in helping Trump to overturn an election is kind of crucial. That this seems more and more the focus of both congressional leaders and the press should be encouraging for anyone hoping to prevent a much worse repeat of history down the line. Better late than never. (IPA Service)

Trinamool Government In Bengal Is On Backfoot Over Pending DA Payment To Its Staff
Posting....