Shraddha Murder Case: So Many Loose Ends To Be Tied Up By Police 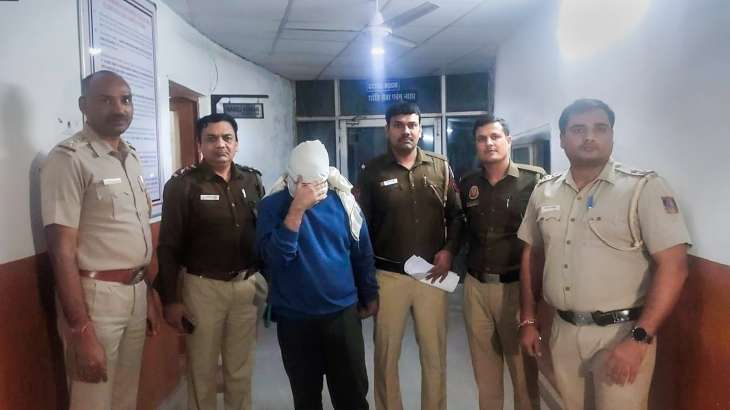 The main protagonist in the open and shut ‘Fridge Murder’ case, a la the ‘tandoor murder’ saga, Aftab Poonawala, is in safe hands. This, after a Delhi court warned the Delhi Police from using the third degree on Poonawala in their zeal to nail the self-confessed murderer of Shraddha Walkar, his live-in partner. Aftab had cut and stashed 35 pieces of Shraddha in a 300 litre fridge before the pieces were dropped at various spots of a wooded area in Delhi.

While at one level, the Delhi court’s concern for Aftab’s physical well-being is touching, at another level it is proof that India is not a banana republic, even if some of its denizens remain stagnant in the medieval era, and that India’s judicial system plays fair and square with all and sundry, including diabolical killers. Aftab Poonawala and his well-wishers needn’t worry, the times have changed, Aftab Poonawala will not lack in “on compassionate grounds”. Also, it is not lost on anyone that judicial officers, more than the trained police, know how to get the chain of events spot on, and aligned with circumstantial evidence.

Aftab Poonawala may not have the clean-cut looks of the innocent, but he’s a food-vlogger and his beard doesn’t do justice to his hidden talents. If the lock-up stories are to be believed, Aftab can charm a crocodile out of its stagnant pond. The story of how Aftab hummed as he hawed at Shraddha’s torso with a saw is the sort of anecdote people share around a fireplace.

The Aftab-stories that are leaking to the media are tales of Aftab’s enterprise and persistence. For example, it took Aftab 10 hours to divide Shraddha into 35 sections. Also, Shraddha was 5’6” and such height isn’t easy to fit into a normal-sized fridge, so Aftab got a 300 liter one!

Aftab Poonawala’s compassionate nature could not have been more evident. Aftab’s rule  was that when it came to Shraddha’s comfort, nothing should be lacking. So, before he put the saw to work on her lifeless body, Aftab “softened Shraddha” with buckets of steaming hot-water.

It was one of many little things that Aftab kept in mind when handling Shraddha with care. So, if anybody shouldn’t be “3rd degreed”, it’s Aftab Poonawala. Aftab is not Dawood Ibrahim, nor Hannibal, Aftab is just another food-vlogger, and a call-center employee, now unemployed because he was sacked after he took the day off to kill Shraddha Walkar.

It is one of the more glaring travesties that the demand for showing “humanism” comes only after humanism is sacrificed. The Delhi Court which warned the Delhi Police from giving Aftab Poonawala the third degree is awakened to the changed world. Its kind words for Aftab were spoken when it allowed the Delhi Police to conduct a “narco test” on Aftab.

Murderers and beaters and rapists of women and children also have rights. Very few courts will speak up if a pickpocket is given the third degree, but the human beast who killed and sawed his live-in partner into 35 pieces should be treated with kid-gloves. No ham-handed cop hand should grab him by the crotch, and he shouldn’t be slapped and kicked around like a common curse.

So, no forced confessions, please, even if this murder investigation is going the nothing-burger way. Also, if this murder most foul is shaping up to become a communal potboiler. Even as the killer is being handled with care, the demand for hanging him at the public square is gathering storm.

What the police are not telling is that if Aftab’s defence lawyers are half as clever as Aftab, Shraddha’s killer would be beyond the pale of any third degree. As it is, the Delhi Police cannot keep track of Aftab’s “lies” that are leading them into cul de sacs. Chances of Aftab Poonawala going scot-free are bright.

The police have to get their hands on crucial evidence. From Shraddha’s missing head to her mobile. Whether the police have dna to match is also a question mark? Besides, Aftab has been changing statements like people change underwear. Without some third degree it will be very difficult for the police to make Aftab sing like a canary.

Human rights are the bane of bringing criminals to justice. Criminals have human rights, but their victims don’t. Aftab Poonawala is aware of this chink in the police armour. What the courts forget, however, is that police worldwide have refined their ways to bring to justice criminals. Third degree is old hat, outdated. (IPA Service)

Narendra Modi Govt Has To Do Adequate Measures To Improve Nutrition Level Of Poor
Posting....