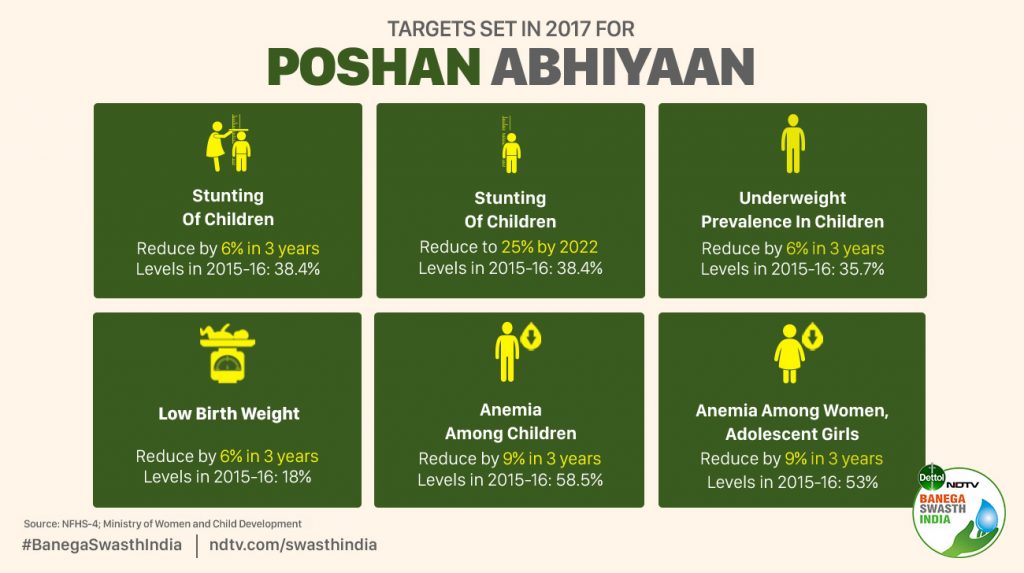 Perplexed with the report that India has further fallen in the Hunger Index to 107th position out of 121 countries, the government of India, instead of debating corrective measures is out to criticise the agencies Welthungerhilfe (WHH) or Concern Worldwide, who calculate this index every year. The government is challenging the methodology of calculating the hunger index. It is therefore important to know how this index has been calculated in the successive years and why the government is up in arms this time. Not only that the statement has come from ministry of Women and Child Development, there is a lobby systematically justifying the stand of the government and is trying to find faults with the methodology of calculating hunger index.

Supply of balanced food to all the citizens of the country is the basic requirement to reduce malnutrition. A balanced diet means sufficient number of proteins, fats, carbohydrates and micro nutrients in the form of vitamins and minerals. At the present market price the cost of nutritious food per person comes to be around Rs.225/- per day. This means that a family of five members should spend Rs.1125/- per day or Rs.33750/- per month on food only.

The government’s scheme to give 5 kg of grains and one kg daal and a bit of oil does not fulfill the nutritional requirements. The government’s bandwagon is harping on that this scheme has done away with hunger. Firstly the scheme is not operational throughout; It is in practice only during the elections. That people are satisfied with this much food is a matter of even more concern. It points out to the fact that there is so much poverty that even this much food which is far from being nutritious and is barely sufficient for subsistence is a big relief to the people.  It does not at all meet the requirements of micro nutrients like vitamins and minerals essential for physical and mental growth. With 15 crore people out of a population of 23 crore in Uttar Pradesh queuing up to get this much ration free of cost is a projection of extremely dismal state of affairs of nutritional security.

Recent economic surveys have pointed out that 90% of families spend less than Rs.10000/- per month. A balanced diet for them is only a dream which does not seem to come true in the present circumstances. By imposing taxes on the essential food items, cost of filling the belly has increased. The wages on the other hand are showing a downward trend as the employment is shifting to contractual labour with no job security nor any employment benefits like the provident fund or the ESI. Small scale sector which provides livelihood to large number of people is at a receiving end under the neoliberal economic policy.

To meet the requirements of 2300 calories and a healthy food and clothing for a young adult, various workers organizations have demanded minimum wage based on the principle of these caloric needs. They have demanded a minimum wage of Rs.21000/- per month.  To utter dismay, the government announced a floor level wage as Rs.178/- per day or Rs.4628/- per month. This is despite an internal labour ministry committee recommendation of Rs.375/- per day. This is even against the government’s own notification for Rs.18000/- per month for contract workers in the government’s establishments which comes to about Rs.650/- per day wage. The government is now contemplating to change the calculation from calorie based wages to time rate. The government’s intention to introduce time based work wage is against the medical advice and health needs of a person.

Large number of our population in our country is in the unorganised sector where the legal formulations are hardly implemented. The farmers and agriculture labour who are the producers are among the worst sufferers. Agriculture labourers have to face double oppression, economic as well as social. Farmers protested against the new Farm Laws fearing these will not only adversely affect their economic conditions but the food security of the citizens too will be compromised.

It is therefore imperative that essential food items are cost effective and within the reach of low socio-economic groups. Wages for all sections be revised as per the caloric needs, balanced diet, clothing, health, education, housing and recreation. In this context the GST levied on food and other day to day needs items be withdrawn to prevent further malnutrition.

Moody’s India’s GDP growth projections for 2022 have been slashed to 7 per cent from 7.7 per cent earlier because of the global slowdown and rising domestic interest rates. This will further dampen economic momentum and impact the food security. The government is likely to reject this as well. But it is important that economic policies are revised with an inclusive growth in mind.  There is a thin line between under nutrition and hunger. It is worthless talking of some technical jargons and finding excuses to reject the global hunger index report. The GHI report is not new. Since the last few years our rank has been declining. There is day in and day out talk by the government to make India a 5 trillion economy. Such reports belie the government’s claims and bring down the image globally.

The only way is to raise the purchasing capacity of the people by ensuring sufficient wages and means of livelihood to meet the requirement of quality food for the citizens. (IPA Service)

Both Uddhav Thackeray And Rahul Gandhi Can Differ On Savarkar
Posting....