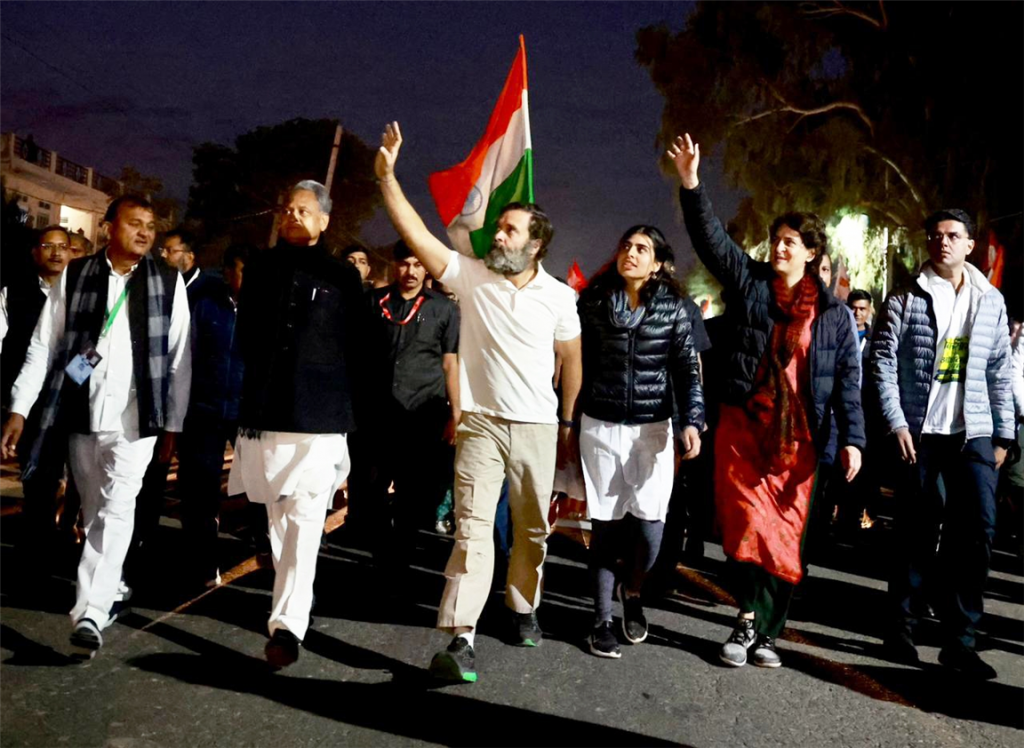 The morning of December 14 ex-RBI Governor Raghuram Rajan hitched his wagon to Rahul Gandhi’s Bharat Jodo Yatra. The timing made sense. One, the Bharat Jodo Yatra was traversing through Congress-ruled Rajasthan. Two, the Congress had just a couple of days ago defeated the BJP in Himachal Pradesh. Three, of the three elections, the BJP had lost two; one of them, the Delhi-MCD polls. Four, looked like Prime Minister Narendra Modi had lost his invincibility tag?

Ex-RBI Governor Raghuram Rajan explained it in easily understandable economic jargon. He told Rahul Gandhi, India would slide “next year”, fiscal year 2023-24, in economic terms. If that does not make Prime Minister Narendra Modi sit up and take notice, what would?

But the reaction came from BJP IT-Cell head Amit Malviya, who chose to be rude. Malviya told Rajan not to fancy himself the “next Manmohan Singh”, the other ex-RBI Governor who was appointed Prime Minister by the Congress.

It is not breaking news. Amit Malviya is a regular nasty fellow, which is why he’s the BJP IT-Cell Chief. Malviya often lends himself to the BJP for sacrifice to the Hindutva ecosystem. Malviya is the hatchet arm of the BJP, always at beck and call.

Maybe or maybe not, Raghuram Rajan heard Malviya. Chances are he must have. You do not reach RBI Governor-level and not have an ear to the ground. In the words of a political hack, Rajan told Rahul that “internal harmony (is a) must for external security”.

And Rahul Gandhi understood. Rahul is not Mallikarjun Kharge. Besides, Rajan was walking by Rahul’s side, shoulder to shoulder. The Wayanad MP’s Bharat Jodo Yatra invitation letter was sent to an assorted group of VIPs, and Rajan was one of the invitees.

All the 100 BJY letter recipients left of centre and comfortable with being labelled progressives, the kind who stand with the LGBTQ, and with the so-called “urban naxal”; anybody who has a bone to pick with the BJP, with the RSS, and with the Narendra Modi government.

So, one of them who received Rahul Gandhi’s unvarnished Bharat Jodo Yatra letter was ex-RBI Governor Raghuram Rajan. Stand-up comics like Kunal Kamra also got Rahul’s invite. And stars and starlets like Pooja Bhat and Swara Bhaskar must also have got the Rahul invite.

Like Kunal Kamra would say, “The more the merrier.”

Rahul Gandhi’s letter did not beat around the bush. “The yatra is designed to awaken the nation’s conscience…we listen to anyone who wants to be heard. We offer no judgment or opinion. We walk to unite every Indian regardless of their gender, caste or religion because we know they are equal citizens. We walk to fight hatred and fear.”

So, December 14 Raghuram Rajan joined the BJY. And Malviya tweeted “fancies himself a Dr. Manmohan Singh!” certifying that the BJP did not like it one bit. The “BJP-beholden media” questioned what they called “Rajan’s hypocrisy.” The Modi government was fighting China at the LAC, and the Bharat Jodo Yatra “internally”.

December 16, BJY will be 100th day on the road to Kashmir’s Lal Chowk. And it has completely unnerved the BJP.

If nobody has noticed, the euphoria over the BJP’s Gujarat sweep has all but vanished as if trampled underfoot by the Bharat Jodo Yatra. Every extra kilometre of the BJY is a nail in the hide of the BJP. “Freedom is the essence of democracy and harmony is the foundation of a prosperous economy,” Rahul tweeted after a few kilometres on the Bharat Jodo Yatra with Rajan.

The Congress is assiduously building up the narrative that “BJY is needed for communal harmony; unity is needed, regardless of what political party you are in”, the words those of the politically savvy economist Raghuram Rajan, the other ‘RRR’.

“Many people say we can fight internally…we will suppress this minority, suppress that, and we will be strong outside. It is not possible.”

Rajan’s statements are a boost to the Bharat Jodo Yatra, which will be shortly entering the politically-significant Uttar Pradesh, where initial plans were to avoid as much as possible. Maybe after the Himachal Pradesh victory, there will be a change of plans for BJY.

On New Year Day 2023, the Bharat Jodo Yatra will still be on the road and more Rajan-like stalwarts would be breaking into the cross-country march thereafter. More “Rajans”, so to speak. The Congress shouldn’t miss this opportunity and other opportunities that cross the BJY’s path as and when they come along.

The year 2023 is also when India will be holding the G20 presidency with 20 heads of states visiting the country. While it will be an opportunity for the Modi government to showcase India to the world, it will also be an opportunity for the Opposition to inform the world’s top leaders that all that they know about India is not what Prime Minister Narendra Modi tells them at global forums.

That the reality of India of the last eight years hasn’t been told in black & white to the outside world. In fact, Rahul Gandhi should at the end of this yatra, immediately start another yatra, this one east to west. Let the second BJY’s news reports run side by side with the G20 coverage. If history has to be made it should run parallel with history written as it happens. (IPA Service)

Proposed Changes In Forest (Conservation) Rules Will Hit The Dwellers