Proposed Changes In Forest (Conservation) Rules Will Hit The Dwellers 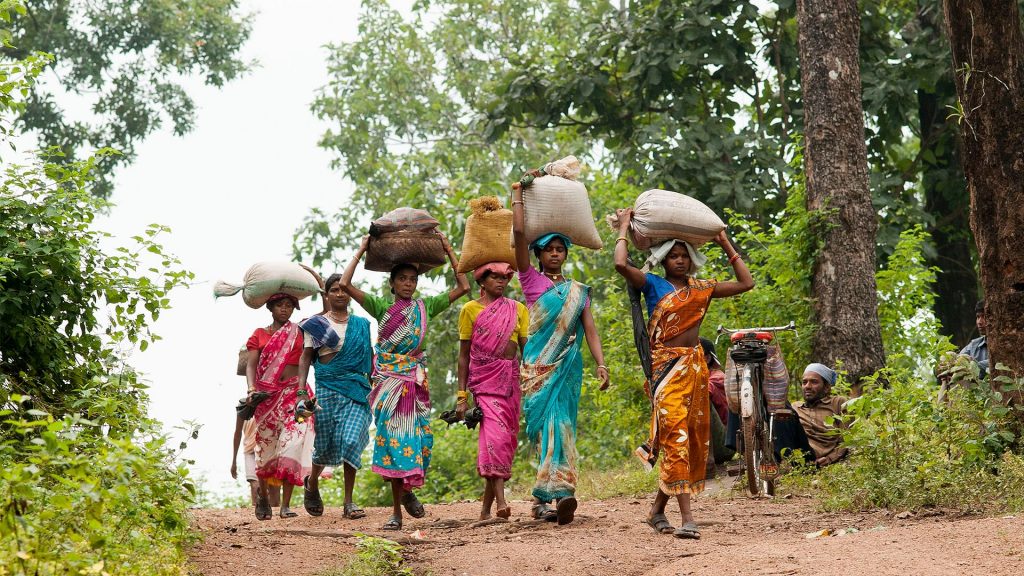 In almost every act of development, there keeps flowing an undercurrent of loss. Every beginning is based on the negation of its preceding one. One glaring example is that of global warming. There is smog, wide spread and dense, erosion destroying the course of streams and rivers that had sheltered the human settlements for centuries, leading to ecological migration, ozone destruction, the clearing of tropical forest for timber and arable land to meet the demands of time, including that of Amazon, the collapse of ocean fisheries and other common-access resources, and heightened extinction rates. Here comes the relevance of what Frederick Engels had said, in his Dialectics of Nature elaborating on the human-nature antagonism, “…Men destroy it (the nature) in order to sow crops on the soil thus released, or to plant trees or vines.”

All the steps that humans take are almost all planned, while the animals never plan. Engels said, “…animal merely uses the environment and brings about changes in it simply by its presence; man by his changes makes it serve his ends, masters it. This is the final essential distinction between man and other animals, and once again it is the labour that brings about this distinction.”  Engels does not stop here and goes on, “Let us not, however, flatter ourselves over much on account of our human victories over nature. For each such victory, nature takes its revenge on us. Each victory, it is true, in the first place, brings about results we expected, but in the second and third places, it has quite different and unforeseen effects which only too often cancel the first.”

Engels points out further that with better understanding of the laws of nature, society was having a better view of immediate and long term effects of our actions in nature. He also discussed the complexities in the interaction of the natural and social factors and great importance of the latter. It is also significant how he deals with the question at classical political economic level. He says that in capitalism and in all other socio-economic formations preceding capitalism, one had been concerned only or mainly with the immediate and direct results of labour and production without bothering about the long term ecological effects. Classical political economy, he said, examines only the social effects of human actions in the fields of production and exchange that are only intended towards about immediate production and sale of these commodities. Citing the example of Spanish planters in Cuba that were concerned only with burning down the fields to the extent that only bare rocks were left, he said, “In the present mode of production, only concern has been about the immediate and most tangible results.”

Marx had also brought out details about environmental loopholes in the British capitalist society. He wrote interesting details about pollution and argued along with Engels that it was essential to have a strong link between industrial and agricultural production.  In fact Marx and Engels were the philosophers and scientists who analysed the society and repeatedly held responsible the capitalist society for the worrisome situation. It was the duo of Marx and Engels who had prepared the blue print of scientifically organising the downtrodden for demanding change in the exploitative socio-economic system.

They analysed the ecological dangers of the industrial society scientifically and all their prophecies have come true. Tsunami, earthquakes, droughts and massive floods are now common, every minute are burning long stretches of forests, toxic gases spreading their infections and making the atmosphere poisonous, promoting pandemics. All these devastations point towards the fact that repercussions of anarchic ‘development’ are let lose. It is time to take up ecological issues with primary concern. The threat to nature has become threat to life on earth. Perhaps it would need a total revision of earth’s atmosphere, biosphere, noosphere among so many other dimensions. But as we enter the end of modernity and reach out to the post modern days, collective thinking slowly has been pushed into the past.

It is the singularity of the regime that takes the final call. Entire approach has been shifted towards ways that serve the vested interests. The recent sale of the forest land is here that unveil the obvious. Incidents are there when the deal is cleared and price is collected without taking into confidence the provincial governments, despite the fact that the issue is under concurrent list. Approval of the victims, the forest inhabitants, is of no concern. Not even the legal side of it.

Instead of bringing back the balance that the criticality of the moment needs imperatively, the law has been revised to allow for de- reservation of forest land and use of it for non-forest purposes. Noose has started tightening fast. The changes to be brought in the Forest (Conservation) Rules, 2022 are meant to push the dwellers of the forest to the end, and the effects it would have are not just for the people living in the forests but for ecology itself. Nature stands almost bereft of its gifts. It is not only forests, rivers and mountains, but the entire human habitat that is facing the challenge — singular and almost invincible. (IPA Service)