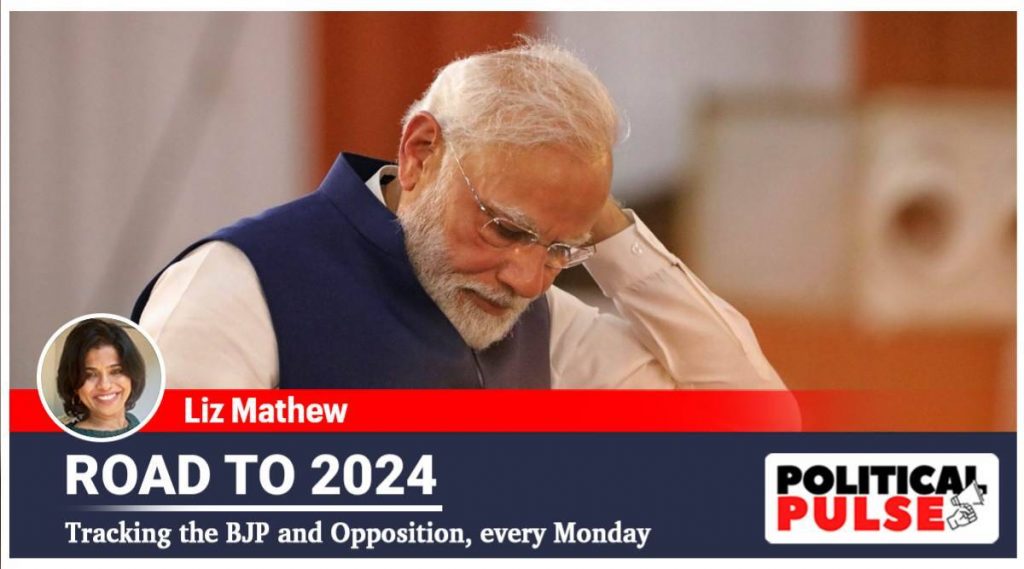 The recently concluded state elections of Gujarat, Himachal along with MCD election in Delhi and By-elections give a mix-bagged signal towards 2024 general election. One can hardly draw a conclusion about the final shape of political outcome as well as political divides across the party lines. Nonetheless it was important as the opposition parties set out for a journey to create an alternative space of BJP.

To counter hard Hindutva and growing pain of inflations as well as unemployment, the opposition resorts to a Healing Touch politics by connecting people through Soft Hindutva and promulgating immediate reliefs by waiving off electricity, water bills or announcing recruitments, pensions and allowances to women and jobless youth The combinations of all these are focussed to build a new narrative of inclusive politics of Good-living with Faith. Undoubtedly there are many takers of this politics of soothing benefits to electorates. BJP can ignore it at its own peril.

It’s been now more than three years that Indian economy is running into a topsy-turvy path where inflationary pressure on the economy remains main concern. Price rise of essential commodities has created a hole to the pocket of common man. The worry has been added up further with the woes of unemployment and weak capital supply for small and medium enterprises. The pain is visible and it moves from Covid disruption to geopolitical tension to global recessional phase, all happened within a short span of time. Increase in the household budget with stagnant wage level in semi and unskilled jobs has reduced the household savings to the bottom. At this juncture, the great growth data of economy sounds hollow to a common man. Surely the future of politics will revolve around it and a healing touch to this wound can bring acceptance to the alternative politics. Harder the economy, more drift from hard Hindutva politics. The opposition parties have sensed it already.

The direct transfer of Good-Living benefits in the form of waiving of electricity and water bills, free medical services, education, etc as blanket welfare schemes were promulgated and exercised first by Aam Aadmi Party way back in 2015. Over the time it has gained momentum due to tightening of economic condition of middle and lower middle class. Arvind Kejriwal has marked it as AAP signature with soft tinge of Hindutva with free Religious Tourism for Senior citizen and other occasional pro-Hindutva discourses. However, it has been termed as politics of freebies by BJP. Kejriwal has established it as public welfare model for AAP. The same type of promises was promulgated in Punjab and even in Gujarat by AAP. Been economically hard-pressed for more than two years, these type of welfare promises sound sweet to any person, even if he earns fifty thousand rupees per month.

Other regional parties and Congress were quick to adopt the politics of Good-Living Benefits. One may remember that previous welfare benefits were ad-hoc in nature and segment specific, like farm loan waiver. It was never recurring in nature till the party remain in power. The hard-working party cadres of BJP still create a traction towards BJP model of nation building.  But with prolonged economic woes, the traction will be weaker.

Turning pages to other political parties, it seems that congress has also joined the bandwagon with promise of Free electricity, Women allowances, Old Pension Schemes, etc in its manifestos for Himachal and Gujarat elections. Mamata Banerjee of TMC got generous support from women for her direct cash transfer scheme to women for household and so was the support for Naveen Patnaik of BJD in Orissa for his Mission Shakti Scheme for women. Just after acquiring power with support of RJD, Nitish Kumar also made a tall promise of 10 lakhs jobs to address the woes of unemployment of youth. KCR of Telangana has moved ahead further to promise free power countrywide to farmers, while making his intention clear to enter into national politics. But their promises are not figment of imaginations, rather those are the manifestation of the needs of their respective electoral base facing tightening economic conditions.

Expecting a dilution of appeal of BJP in coming months, Congress has pulled its socks to reorganize itself with its socialist politics which resulted in Bharat Jodo Yatra. Setting aside the social media and news channels debates, congress hit the ground to mobilise mass around it. In fact, it’s the rediscovery yatra of Rahul Gandhi and he is leading it from the front. One may notice that the discourses by Rahul Gandhi are less on the peril of Hindutva Politics, rather it is mainly focused on inflation, price rise and crony capitalism with a tinge of inclusive socialism. A long march with sermons of healing touch for common man’s pain seems gaining traction and people able to see Congress in the street. How much it will generate dividend in coming elections that only time will tell. But the Yatra has able to mobilise its workers from hibernations. Indeed, that’s a good feat to achieve.

An opposition pole position seems unfolding. The politics of Good-Living by transferring immediate reliefs coupled with soft Hindutva and Socialist ethos is becoming a corner stone of opposition politics and so are narratives of the parties. Though its very early to say but one can expect a change of goal post of the electorates in 2024, from Proud Hindu to Prosperous Hindu. If Congress is able to reinvent itself to old socialist model with Mahatma Gandhi’s all-inclusive Hindutva model, the regional parties can flock towards it with their own platters of Good-Living Politics. Year 2023 seems challenging in economic front and much will be explored in the politics of public welfare. Amidst of growing pain, instead of tough disciplined teacher, one may need a compassionate companion. The Healing touch Politics is the beginning to create a unified opposition space where main non-BJP parties can gravitate for 2024. (IPA Service)