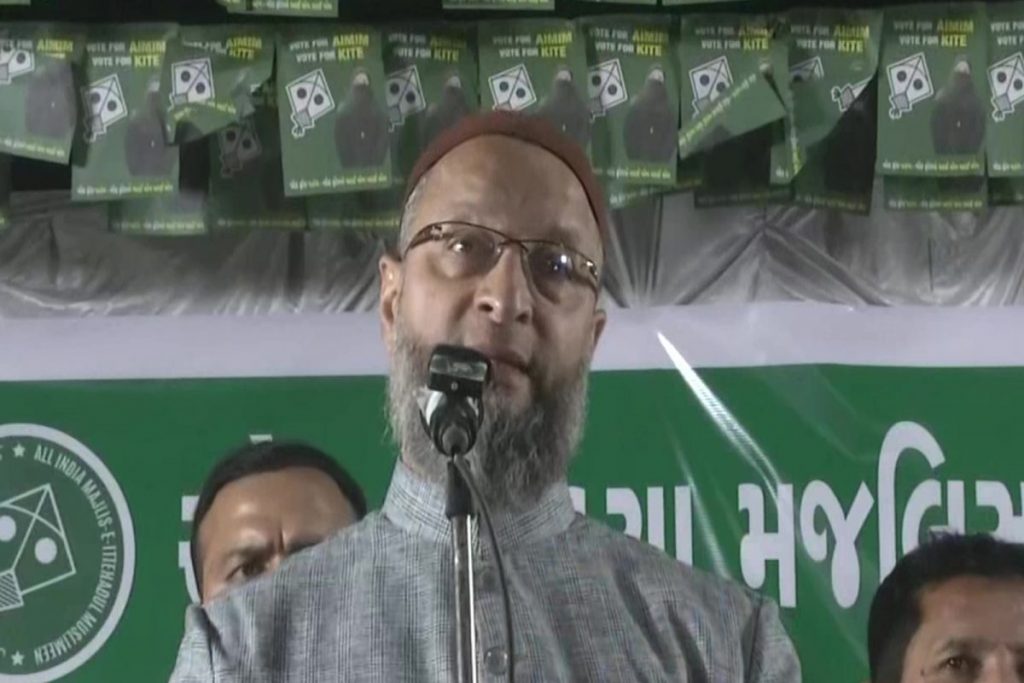 Reacting to Union Home Minister Amit Shah’s comment that the BJP in Gujarat “taught rioters a lesson” in 2002, AIMIM chief Asaduddin Owaisi Friday said that the actual lesson taught by the saffron party is that perpetrators of the Bilkis Bano rape case “will be freed.”

“I want to tell Union Home Minister, the lesson you taught in 2002 was that Bilkis’ rapists will be freed by you, you’ll free the murderers of Bilkis’ 3-year-old daughter, Ahsan Jafri will be killed…which lessons of yours will we remember?” he said.

Speaking at a campaign for the upcoming Gujarat assembly elections in Ahmedabad, Owaisi also accused Shah of being drunk in power and highlighting a number of  instances in which “injustice” prevailed over “lessons.”

Owaisi questioned what lesson did the BJP teach when the Delhi communal riots occurred in 2020.

This comes after Shah said that “anti-social” elements earlier indulged in the state during Congress’ rule, but the BJP “taught a lesson” in 2002 and therefore established “permanent peace.”

Addressing a rally in Mahudha town of Kheda district, Shah said that, “during the Congress rule in Gujarat (before 1995), communal riots were rampant. Congress used to incite people of different communities and castes to fight against each other. Through such riots, Congress had strengthened its vote bank and did injustice to a large section of the society.”

He was referring to the 2002 Gujarat communal riots in which the state saw large-scale violence following the train burning incident at Godhra railway station in February that year.