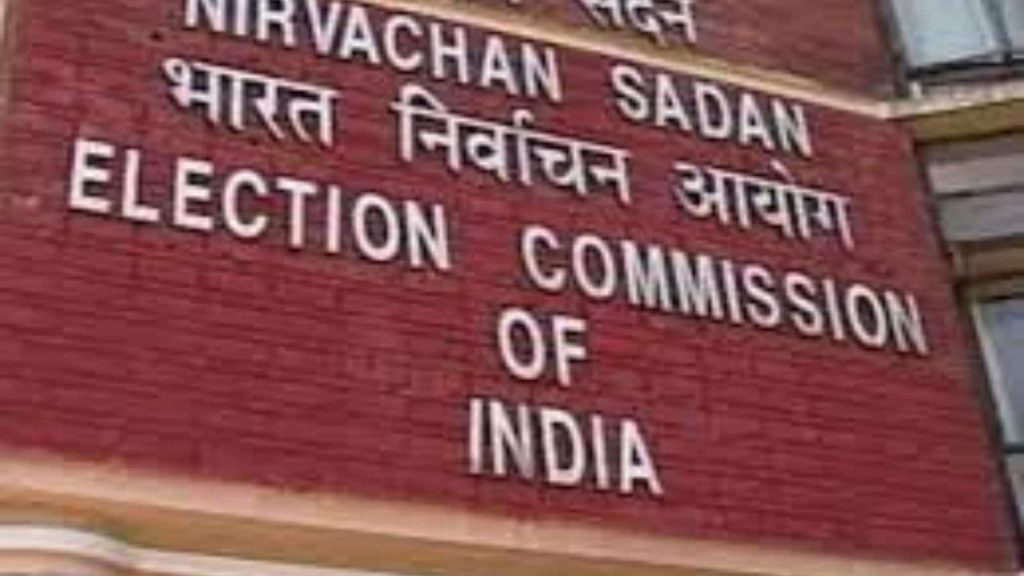 Matters surrounding legal, administrative aspects and logistical challenges for remote voting were discussed even as many Opposition parties on Monday questioned the need to deploy remote voting machines (RVMs).

The Election Commission on Monday extended the date of submission of written views by political parties on various issues with respect to RVMs to February 28.

Sources with the poll panel on Monday said that the Election Commission held in-depth discussions with recognised political parties on the issue of enhancing participation of voters in the election process.

Representatives from eight national and 40 state recognised political parties sat through the day long discussions and agreed with broad objectives of every effort to include non-voting electors in the election process.

More than 80 political party representatives patiently listened to each other’s submissions. They appreciated EC’s initiative of calling all party discussions and suggested more such discussions on a regular basis in future, said sources.

However, Opposition leaders urged the Election Commission to address the issue of urban apathy towards the poll process.

“No opposition party wants to see the demonstration of a remote voting machine (RVM). First the issue of the need to have such a machine should be settled,” senior Congress leader Digvijaya Singh said while talking to media after participating in a meeting of political parties convened by the poll body to demonstrate the working of an RVM.

“The idea of RVM is not acceptable,” Singh said, and added that the commission should address concerns about electronic voting machines raised by eminent citizens of the country.

Aam Aadmi Party leader Sanjay Singh also questioned the need for an RVM, saying there were other ways to increase participation of voters.

“How will we campaign in different states among eligible migrant voters using RVM? When there is a bypoll on one seat, say Jalandhar, RVM is not acceptable,” he added.

Officials said that EC held discussions with all parties after a gap of over five years to discuss various matters related to electoral processes with special focus on the concept of remote voting for domestic migrants.

“Matters related to legal, administrative aspects and logistical challenges for remote voting discussed threadbare. Some political parties requested for demonstration of Remote Voting Machine in the states while some others wanted the very concept of domestic migrants to be defined before taking the matter ahead,” said an official.

With the objective of finding a technological solution for migrant voters which is credible, accessible and acceptable to all stakeholders, the Commission has explored the option of using a modified version of the time-tested model of M3 EVMs to enable voting at remote polling stations which is polling stations outside home constituency, for domestic migrants.