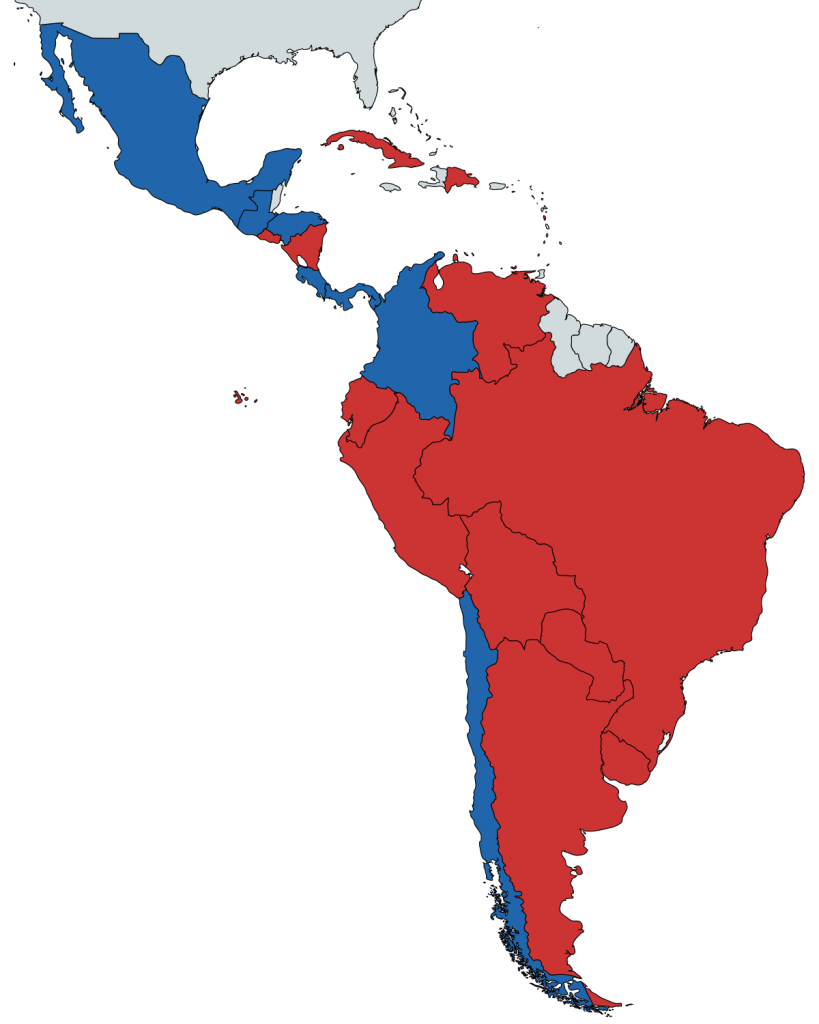 In a development of historic significance for Latin American politics, the Brazilian voters on Sunday, October 30, ousted far-right President Jair Bolsonaro after just one term and elected the leftist former President Luiz Inácio Lula da Silva by a narrow margin. The Presidential runoff between the moderate Left and the far-right incumbent was most the polarized in Brazil’s history. The fierce campaign since the October 2’s indecisive first round saw bloody clashes between the rival groups and also deaths due to shooting by rightwing extremists.

The Left presidential candidate Lula got 50.90 per cent of the votes as against 49.10 per cent by the present president Jair Bolsonaro, meaning there was only a margin of 1.80 per cent of the votes leading to Lula’s victory. The election commission officials confirmed Lula’s victory and significantly, the Bolsonaro supporters who were defiant before, accepted the result. There was relief in the Brazilian cities as also in other Latin American capitals, as the far-right candidate reluctantly accepted the verdict and did not repeat his pre election declaration that he would not accept the results if he loses.

The nature of the combinations varies from the country to country in Latin America, but there are two common points. The new leaders are mostly against US policies and they are agreeable to common strategy to expand the areas of economic cooperation in the continent. The Mexican president Obrador, better known as AMLO, is a leading figure in building an alternative economic model for the South American nations to free themselves from the clutches of the American multinationals. All these Latin American countries are rich in mineral resources and they have big potential to prosper by developing those through cooperation in the region.

The president-elect Lula was president twice earlier and he had taken up a number of welfare programmes to reduce the poverty in his people. “I will govern for 215 million Brazilians, and not just for those who voted for me,” Mr. da Silva said in his victory speech Sunday night, reading from pages held by his new wife, whom he married this year. “There are not two Brazils. We are one country, one people, one great nation.”Lula will formally take over as the president on January 1, 2023.

Mr. da Silva, 77, a former metalworker and union leader with a fifth-grade education, led Brazil during its boom in the first decade of the century. However, he was later convicted on trumped up corruption charges after he left office and spent 580 days in prison. His unlawful sentence drew anger worldwide and his lawyers battled hard to prove that all the charges were concocted. Last year, the Brazilian Supreme Court threw out those convictions ruling that the judge in his cases was deeply biased against him. After his release, Lula announced his decision to contest the presidential polls against the far-right president Bolsonaro, who was already unpopular due to his utter failure in dealing with theCovid-19pandemic.

Lula is taking over as the new president at a time when the Brazilian economy is in a mess due to the savage hit it got during the pandemic. Lula has only a slight majority as a president and as per the Brazilian constitution, he has enough powers. But the far-right and its supporters are very powerful in the lower house and they will naturally oppose every plan that Lula chalks up in the interests of the poor. Lula has to tread very carefully in implementing his programmes taking all the parties in his coalition along with him. His primary task is to restore law and order in the country and take immediate measures to pep up the economy.

Brazil is the largest country in South America and the fifth largest country in the world. It forms an enormous triangle on the eastern side of the South American continent with a 4,500-mile (7,400-kilometer) coastline along the Atlantic Ocean. It has borders with every South American country except Chile and Ecuador. The Brazilian landscape is very varied. It is most well known for its dense forests, including the Amazon, the world’s largest jungle, in the north. But there are also dry grasslands (called pampas), rugged hills, pine forests, sprawling wetlands, immense plateaus, and a long coastal plain. Northern Brazil is dominated by the Amazon River and the jungles that surround it.

The Covid-19 pandemic gave Brazil one of the highest tolls globally in terms of lives lost, and despite a corruption-laden vaccine rollout since mid-2021,life is crawling back to normalcy. As of September 2022, Brazil had applied the first dose of the vaccine to 86.8 percent of the population, and 79.4 percent of the population has a complete initial vaccination protocol.

The economists group attached with the coalition of Lula has already prepared a blueprint based on the experiences in the previous two terms of Lula presidency and also the reasons for decline in Brazilian growth during the Bolsonaro regime. The focus of Lula’s programme is to raise the real income of the people in the lower bracket of the Brazilian society and to expand further the job opportunities in the key sectors of the economy.

Latest reports say that after a pandemic-induced recession in 2020 (-3.9 percent y/y), the economy bounced back in 2021 (+4.6 percent y/y), on the back of the services sector. The sizeable countercyclical fiscal response implemented via social protection programs in 2020 mitigated the impact of the pandemic on poverty, but this also increased households’ dependence on public transfers and raised the primary deficit and the Government’s Gross Debt. The uneven labour market impacts increased preexisting vulnerability profiles as higher job losses were concentrated in low-skilled and highly insecure jobs, though Brazil’s labour market is displaying significant signs of recovery, with the unemployment rate reaching 8.9 percent as of September 2022.

The significant drop in poverty and inequality rates from 2020 was short-lived. In 2021, labour force participation rates, employment levels and the share of formal workers fell below 2019 levels. Unemployment rates returned to pre-pandemic level in the last quarter of 2021, but they remain high. Labour income may not fully replace the reduction in government transfers – leading to higher poverty rates. A slower return to the labour force, coupled with fewer job opportunities, have put female workers and female-led households in a more vulnerable position.

President elect’s new team has just two months before the takeover on January 1, 2023. There are high expectations from the Brazilian people from the new government headed by Lula. The left supporters of other Latin American countries are also looking at the way the new regime starts. There is every possibility that the right wing groups will try to consolidate under the defeated candidate Jair Bolsonaro and they will not allow a smooth functioning of the leftwing government. Lula is an experienced leader. It is expected that he will take the right course of action plan in his third tenure and do his best to consolidate the gains which the Latin American left has made in the last four years. (IPA Service)