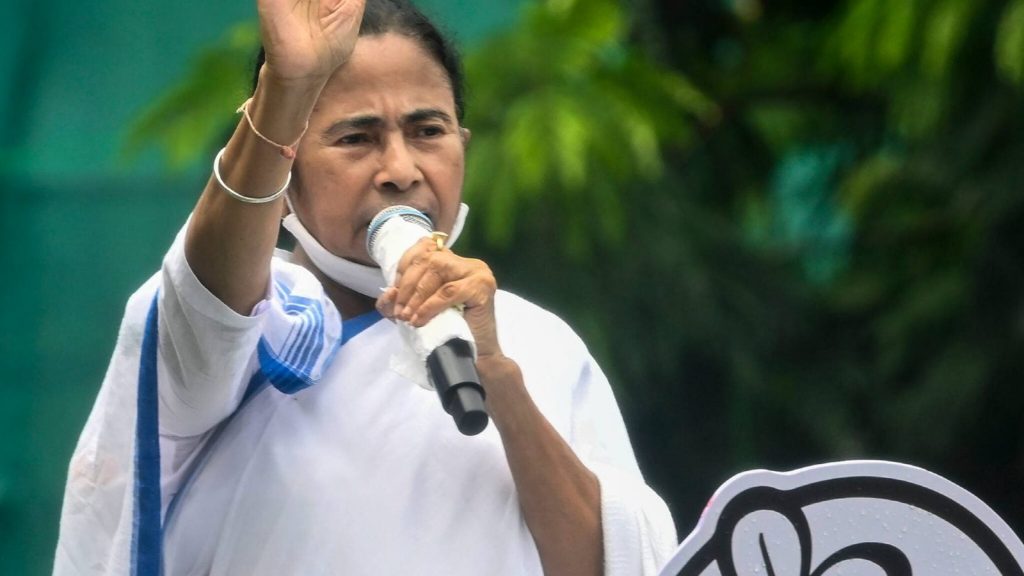 Accountability for the Morbi bridge collapse should be fixed, she said.

The Bengal chief minister alleged that the BJP government in Gujarat has failed to help family members of the dead as it is busy with the coming state election.

Banerjee, who was speaking to reporters before emplaning for Chennai to attend a family gathering of West Bengal Governor La Ganesan, also wondered why central investigation agencies like the CBI and ED are not arresting those responsible for the tragic incident.

The chief minister, however, said she will not indulge in politics over the issue as “people’s lives are more important”.

“I am shocked at the incident. I express my condolences to the family members of those who have lost their lives … I will not talk anything about politics. People’s lives are more important than politics. I think there should be a judicial commission under the Supreme Court to look into the Gujarat bridge collapse,” Banerjee said.

The TMC supremo and the party has often held the BJP-led government at the Centre responsible for using the central agencies against opposition parties.

“Those who have worked to renovate the bridge should be held responsible. Why are the ED, CBI, and other agencies not taking action against those responsible for the collapse? They take action against only common people. Accountability should be fixed,” she said.

She, however, took a dig at the BJP for criticising similar incidents in Bengal and said, “Bengal has many bridges. We have had many instances of bridge collapse here but we had risen to the occasion and provided help spontaneously unlike the Gujarat government, which has not been able to help the victims as it is busy with the coming election.” She said that the erstwhile Left Front government in the state had neglected the bridges. It led to the collapse of the arterial Majherhat bridge in the city in 2018 which claimed three lives and left 24 injured.

Banerjee declined to comment when Prime Minister Narendra Modi’s 2016 “act of fraud” comment following the collapse of the under-construction Vivekananda Road flyover in the city during the 2016 state election was pointed out to her.

The incident had led to the death of 27 people and left many others injured “I won’t say anything about the PM (Narendra Modi) as Gujarat is his (home) state. I’ll not talk about politics,” she asserted.