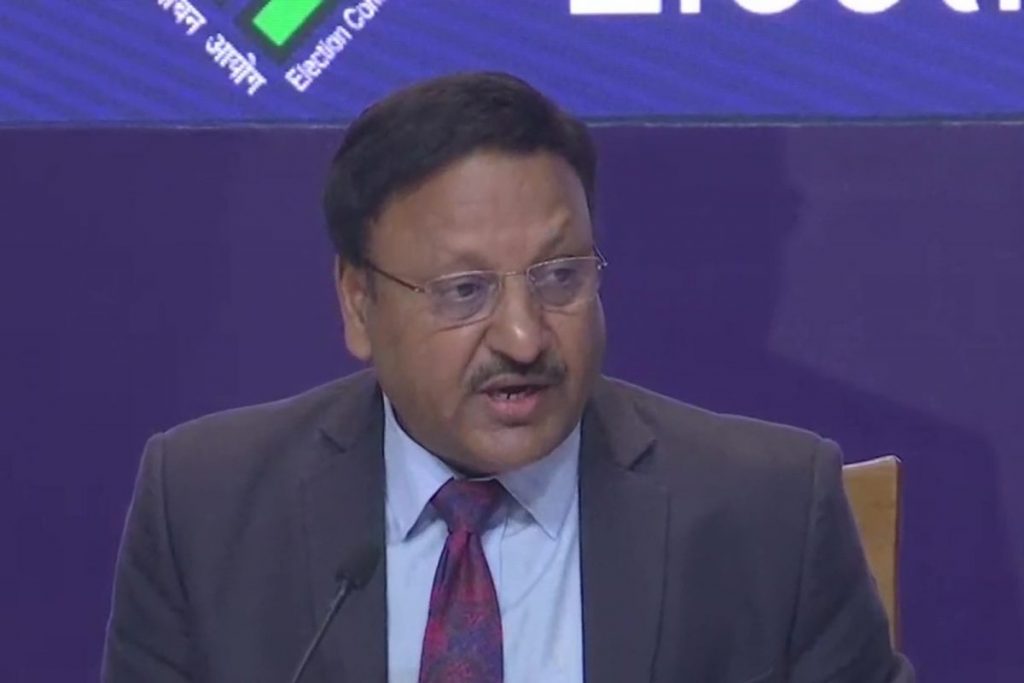 The Election Commission today issued a clarification on why the Gujarat poll schedule announcement for the upcoming assembly elections were delayed and dismissed all allegations of any kind of partiality.

“We announced the election dates 110 days ahead of the expiry of the Gujarat assembly. And there will be a 72 days’ gap between the counting of the result and the expiry of the assembly in Gujarat. We are quite in advance,” Chief Election Commissioner Rajiv Kumar said.

“We have to balance lots of thing before announcement of dates. Several factors including availability of forces, whether conditions among several other factors must be considered before poll dates are announced,” Rajiv Kumar said after several questions were raised as to why the poll body delayed the announcement of the Gujarat election dates.

The CEC head also said there the poll body has not violated any rule in election date announcement.

The Congress has maintained that dates for Gujarat assembly polls were not announced along with Himachal Pradesh just to give the ruling BJP more time to make “mega promises and inaugurations.”

While voting for Gujarat Elections will take place in two phases on 1st and 5th December, the counting will occur alongside the Himachal polls counting on 8th December.