Hindutva And Mobocracy Are Running Side By Side In Indian Politics 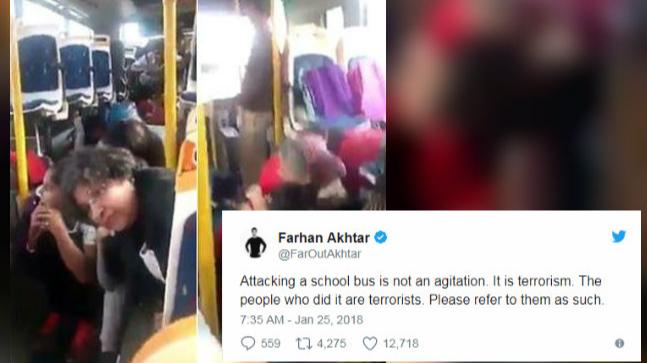 “The intelligence of that creature known as a crowd is the square root of the number of people in it”, said somebody and most of us would not get the meaning right because calculating the ‘square root’ is not everybody’s forte. But in today’s climate, the two leitmotifs running parallel are the political parties, and their affiliated mobs, not as in mobsters, but as in thirsting mobs.

Especially, after the 2014 general elections, following the triumph of the right-wing, strengthening the claim made by many that the two leitmotifs running shoulder to shoulder are Hindutva and the blood-thirsty lynching mob. Actually, the first flush of the saffron takeover of India presented instances galore of mob (in)justice, enough to write a doctoral thesis on mob lynching, with stories plenty to capture the zeitgeist!

Also called cow vigilantism, especially in today’s India, mob lynching is never far from the realm of possibilities. Mobs are very easily formed, and very easily led. Like the Shiv Sena mob that built up outside a residential building complex and laid siege to the independent MP Navneet Rana, and her MLA husband Ravi Rana.

The duo had threatened to read the Hanuman Chalisa outside Balasaheb Thackeray’s Matoshree. Shiv Sena workers decided to challenge them “at source.” Where they lived. It did not matter who else were being caged in their homes in the building complex. The police were present, but only in the capacity of spectators.

And there was no obvious and visible leader of the mob. The question was, should the Shiv Sena take the Ranas’ dare lightly? It couldn’t afford to, and it should not. That would go against the party’s image and the leitmotif we’re building up to. The Shiv Sena, unlike the other Hindutva party, the Bharatiya Janata Party, doesn’t believe in outsourcing ‘mob-duties’ to outfits like the Bajrang Dal, and the Hindu Yuva Vahnini.

The Shiv Sena is a political party that prefers and more often than not opts for direct action. A crowd of Shiv Saniks can raise temperatures faster than steam from a sauna. The Shiv Sena doesn’t even have to turn violent to be called a mob. Merely “being” in sufficient numbers is enough. Bravado apart, Navneet and Ravi Rana had no inclination to step outdoors and face the “mob” of Shiv Saniks.

An MLA and an MP’s freedom of expression, and freedom of movement were being restricted, but did any court of the land take suo moto notice to protect the fundamental rights of these two? Mob justice is of many shades and for most part of the morning, and well into the afternoon on April 23, the mob was the law of the land in parts of Mumbai.

Part of the blame for that goes to the never-ending tussles between Centre and state governments. In Maharashtra, between the BJP and the MVA. In Rajasthan, between the Congress and the BJP. Four hours after the siege of the Ranas began, the Union Government granted Y-category security to Navneet Rana.

How that would help her and her husband Ravi Rana from the mob waiting outside was anybody’s guess! But this is the modus operandi of the Union Home Ministry in its fight with the Maharashtra government and the Shiv Sena. When “action” was taken against actor Kangana Ranawat, the Centre gave her Y-category security. Is Y-category security to Navneet Rana more than a subtle warning to the Shiv Sena?

The fact of the matter is, there are too many mobs running amok. Stone-pelting has moved out of Jammu & Kashmir to become the calling card of a big section of the population, across the length and breadth of the country. Mobs let loose by political parties are trouble; especially if the “mob” draws succour from the government of the day.

When a religious fringe jumps into the fray and urges followers and adherents to take to the streets is when governments should step in. For every Yati Narsinghanand, there is a Tauqeer Raza pandering to baser instincts. Political parties and politicians of stature shouldn’t help set up the reign of the mobocracy. (IPA Service)