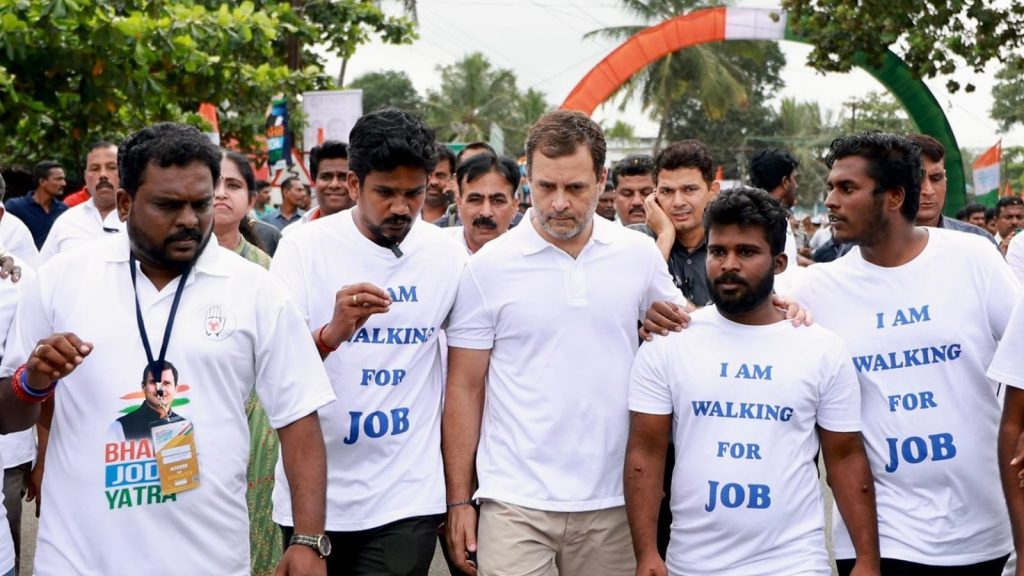 The defection by the Congress MLAs in Goa couldn’t have come at a worse time for Rahul Gandhi and the party.

On February 4, just a few days before the Goa polls, in the presence of Rahul Gandhi, Congress leaders had taken an oath that after the election, they would not defect to any other party. The reason: In 2017, the Congress had suffered a blow when 15 of their elected legislators quit the party.

This breaking of oath has broken the momentum the Bharat Jodo Yatra had gathered in the week it travelled from Kanyakumari to Kerala and ahead. Just a few days ago, Ghulam Nabi Azad had told News18.com that Bharat Jodo Yatra should be replaced with Congress Jodo Yatra as the party was splitting, many were leaving and the cadre was demoralised.

The development shows how the party needs to work on its organisation now more than ever.

Goa has been an example of the disconnect between the central and state leadership.

In 2017, when the Congress was poised to form the government, but was falling short of a few MLAs, Digvijaya Singh, who was then in-charge of the state, kept waiting for a confirmation call from Rahul Gandhi to go ahead and get support of a few independent MLAs. That call never materialised and the result was the Bharatiya Janata Party (BJP) formed the government. Each time someone has left the party, from Himanta Biswa Sarma to Jitin Prasada, they all have made the point that nobody listens to them.

The yatra is to connect the country and make it one, according to the Congress, but the challenge remains to ensure the party remains one.

The biggest problem for the Congress is it has been completely wiped out in the states it once ruled and is now finding it difficult to bounce back. The glaring examples are Odisha, Andhra Pradesh, Gujarat and the list is only getting longer as other stakeholders and players such as the Aam Aadmi Party (AAP) and to a small extent the Trinamool Congress (TMC) come in.

The growth of the AAP can only take place at the cost of Congress, which is exactly what is happening. Like in Gujarat, Kejriwal hurt the Congress when he said that the party was finished. In Punjab, the poor organisation and infighting in the Congress cost the party the polls.

While Rahul Gandhi himself has been indicating that he is not keen to be the president and may stay away from the process, not many are willing to buy the argument that if a non-Gandhi is made the president, the person will not be controlled by the Gandhis.

So in this situation, where the party has failed to keep its flock together and has also faced intelligence failure in not anticipating the split, the onus is on the Gandhis.