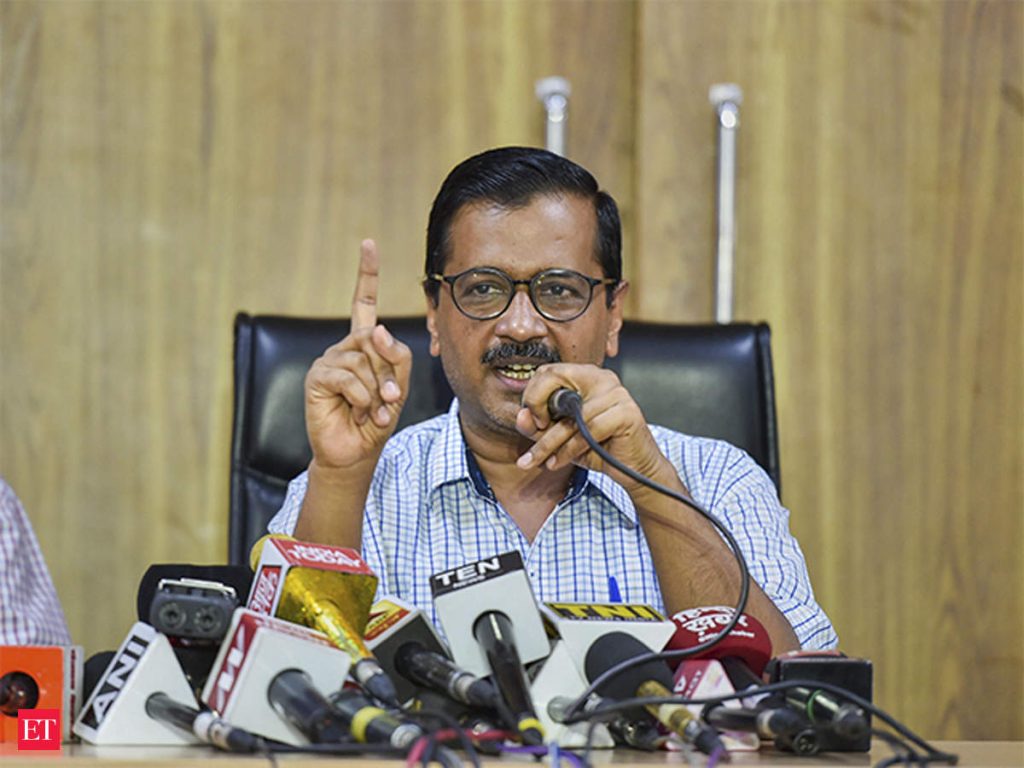 As the election campaign ends on December 2, the high-profile Municipal Corporation of Delhi election remains by and large bipolar, Congress too cannot be discounted in the fray since several of its candidates have gained upper hand in triangular fight in many wards. For Congress it is a question of revival, but for AAP and Arvind Kejriwal – their very future is at stake even more than the BJP that has been ruling the local body for the last 15 years.

Election for 250 MCD wards will be held on December 4 and votes will be counted on December 7, the result of which would be keenly awaited since it would now only decide which party is to rule the MCD for the next five years, but also how much support base is left with the BJP, AAP, and Congress in the National Capital Territory, only about 18 months before the Lok Sabha election of 2024. The significance of this poll lies in the fact that BJP is trying to come back to the power, Congress hoping for revival, and AAP aspiring to become a national party as a main challenger to Narendra Modi-led BJP.

Another aspect of Delhi can also not be forgotten – BJP had won all 7 Lok Sabha seats in 2019 while it could win only 3 seats in 2020 out of 70 in Delhi Vidhan Sabha. Though AAP could not win any Lok Sabha seat in 2019, it won 67 seats in the 2020 Vidhan Sabha. As for MCD is concerned, stakes are very high for the BJP since it has been ruling it for 15 years, and losing it this time may prove to be political disaster for all the state elections in 2023 and general election in the country in 2024.

In the 2017 civic polls, the BJP had won 181 seats out of 272 in all the three Municipal Corporations in Delhi. There three have been united this time and there are only 250 seats now as per new delimitation. The party had increased its tall from 138 in the 2012 local body elections. Anti-incumbency is writ large on the party’s performance this time and hence its leaders are sparing no stone unturned. It has made the election campaign of MCD election be a very high profile in which ministers from other states and the Centre have been participated.

AAP had contested the civic elections for the first time in 2017 and won 49 seats as against 181 of BJP. Congress had won 31 seats and thus declined from second to third position in the MCD. Out of 250, 42 seats are reserved for Scheduled Castes, and in several of them BSP candidates have been seen campaigning well apart from some others non-reserved seats.

Since AAP has been striving to emerge as national alternative to the BJP, the MCD poll has assumed national importance, which Arvind Kejriwal wants to win at any cost not only to secure his political career in Delhi, but also to project himself as chief challenger to Narendra Modi during the forthcoming general election of 2024.

It should be noted that the 2012 local body election was bipolar between the BJP and Congress. BJP was able to get 36.74 per cent of votes while Congress had bagged 30.54 per cent of votes. AAP had not contested the poll which entered in the contest during 2017 municipal corporation election.

Since then, voting patter has considerably changed. Congress vote bank shrank to 21.21 per cent in 2017 while BJP’s shrank to 36.02 per cent. It was AAP that emerged second with 26.21 per cent of votes. MCD poll of 2017 was thus by and large three cornered. Political mood among the people this time seems to have changed making the contest by and large bipolar between the BJP and AAP.

AAP candidates have majority support of Muslim voters. However, in several wards they are supporting Congress candidates, especially on the seats where AAP candidates are perceived to be weak.

Dalit votes seem to be another advantage for AAP, since majority of them are supporting their candidates. OBC votes are almost equally divided favouring the two parties – the BJP and AAP.

The major hope for BJP is Upper Caste Hindu votes, majority of whom are supporting the BJP candidates. However a large number of them are also in favour of giving chance to AAP, so that municipal mess in Delhi created in the last 15 years could be cleared.

AAP has clear edge among poor and lower income people and also among women voters. AAP is hoping to gain over the BJP on their good performance in Delhi especially in education, health and electricity, and negative vote for BJP which performed badly in the Municipal Corporation of Delhi.

BJP is hoping to retain their power in MCD because AAP and their leaders including Arvind Kejriwal have perceivably lost their popularity compared to what they had during the 2020 Delhi Vidhan Sabha election. There are large number of voters annoyed with AAP and their leaders.

MCD election would thus bring a twin decision on governance and popularity of the BJP and AAP which would impact all the forthcoming elections in 2023 in states and in 2024 Lok Sabha election. It is why the BJP has put seven chief ministers and 17 union ministers in this local body election among many others. The intermittent scuffles between AAP and BJP workers and leaders also indicate their high political stakes. (IPA Service)