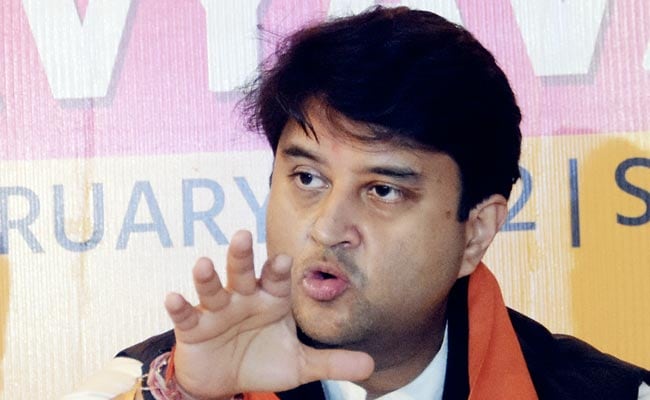 The Congress today saw another “gaddar” (traitor) jibe thrown around as its communications in-charge, Jairam Ramesh, went for some bite when asked if Jyotiraditya Scindia, a former Congress “young turk” who is now a BJP minister, could come back to the party.

“Scindia is a gaddar (traitor), true gaddar, real gaddar and 24-carat gaddar,” Ramesh told news agency PTI. He contrasted him with another leader who’s left the party, Kapil Sibal. “There are people who left and abused the party, so they should not be taken back. But there are people who left the party with dignity and have been maintaining a dignified silence on the Congress party and its leadership,” he said.

This comes days after Rajasthan Chief Minister Ashok Gehlot used the Hindi word “gaddar” to describe his party colleague, and rival, Sachin Pilot — igniting the latest round of fire that the party halted by using some careful statements and a photo-op with the both of them.

Hit by a series of exits of veteran sand younger leaders alike, the Congress has been struggling in Rajasthan where bad blood between the veteran chief minister and a younger Sachin Pilot continues to make headlines before Rahul Gandhi’s ‘Bharat Jodo Yatra’ enters the state; and when elections are barely a year away.

Jairam Ramesh was speaking on the sidelines of the Yatra as it reached Agar Malwa in Madhya Pradesh, where Scindia’s rebellion was also a case of a younger, second-generation Congress leader wanting to replace a veteran, Kamal Nath.

Scindia and his loyalists’ exit led to fall of the Congress government over two years ago.

In Rajasthan, Pilot had led a failed rebellion around the same time, which is why Gehlot felt he should never be made the chief minister. “A gaddar (traitor) cannot be Chief Minister. The High Command cannot make Sachin Pilot the Chief Minister… a man who doesn’t have 10 MLAs; who revolted. He betrayed the party, (he) is a traitor,” Gehlot said around a week ago in an interview with NDTV.

Pilot, in response, said it was “unbecoming” of a senior leader to use such words. A stunned Congress clarified that “the party needs both leaders” and “both are assets”. Rahul Gandhi rejected that the “gaddar” row would impact his footmarch.

On Scindia, Jairam Ramesh was today asked if he felt he won’t have left if offered a top post in the party or been made chief minister of Madhya Pradesh. To this, he made the “gaddar” comment, using the word four times.

Scindia has not said anything yet, but the BJP was quick to react. Madhya Pradesh BJP secretary Rajneesh Agrawal called him a “24 carat patriot with strong cultural roots”.