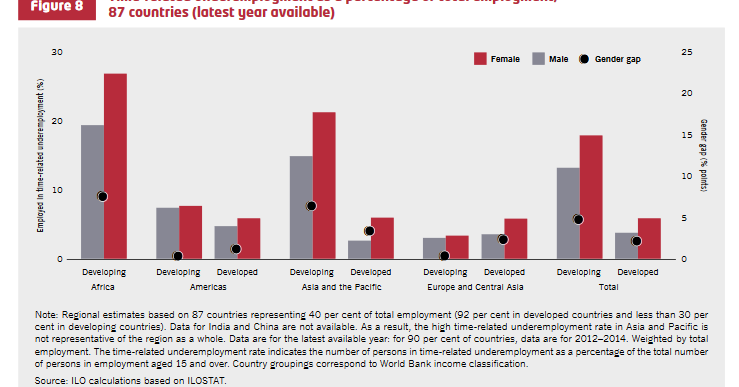 At the risk of sounding florid, the economy of West Bengal can be stated to be placed between a rock and a hard place. For claims shouted from  the rooftops about its job generation fall flat on their faces at the sight of the faces of the  aspirants who are part of a sit-in demonstration at foot of a statue of Mahatma Gandhi in the heart of Kolkata asking for jobs which has been denied to them till date  not owing to lack of performance at the selection test for teachers.

If the farm sector jobs are taken into account, a man being  taken to task for asking chief minister, Mamata Banerjee the reason behind fertiliser prices shooting up does not light up the informal sector.  Add to it, large groups of untrained and skilled hands leaving the state regularly for greener pastures are hardly earn bouquets for an 11 year old Trinamool Congress regime.

But this is only one side to the state’s job scenario. Official records extol the performance of the state government which has kept unemployment rate low. The middle and small scale sector have flourished in the present dispensation, though the smoke spewing jute and cotton mills have either rolled down their shutters and drastically cut their workforce the vacuum is yet to be filled up by the MSME sector.

As part of the national economic order, West Bengal is part of a labour surplus economy. Labour force remain in surplus owing to the inability of the formal sector of the economy to absorb the excess labour force. The nation had accepted mixed economic system in the post independence years. The 80’s were a transition period while market driven economy was set into motion since the early 90’s.

There has been ills and wells of the new system. The saying that more things change, the more they remain the same is anything to go by the  defaulters of huge loan are clients of  several  nationalised banks are still scot free and West Bengal has not been able to insulate itself from the rut. The contribution of the state sector to the economy is reducing and agro sector is by no stretch of imagination a game changer. The same holds true for West Bengal job generation scenario.

Though possessing vast wealth of natural resources and a port to go with it,  it has lagged behind states like Punjab, Haryana and the union territory of Delhi which though sans West Bengal’s natural advantages are closer to the centre of power where projects are finished more quickly with Delhi Metro being a case in point.

With infrastructure projects being finished on time, huge investments are pouring in leading to commensurate job generation especially white collar ones. West Bengal is yet to enjoy such a situation.

Time was when Apu, the central character of Satyajit Ray trilogy goes to Kolkata in search of a job. The present trend for rural and city youth  is to go afar. If there has been a spurt in white collar jobs for technical hands and content writers in states in and around the National Capital, the phenomenon has bypassed West Bengal.

It is indeed a quirk of fate that there is a migration of the best of the human resources of the state as an enviable talent pool of the state draw top notch group of employers to West Bengal every year. The recruited personnel almost invariably serve outside the state.

With approximately 20 to 25 lakh aspirants applying for 15,000 government jobs in the state, the precarious joblessness among the youth can be gauged. State government records however claim that unemployment percentage is lower in West Bengal than in many other states. There exists disguised unemployment especially in the rural areas. In this backdrop, chief minister, Mamata Banerjee’s call to the jobless youth to open fritter shops is venture worth exploring to reduce disguised joblessness.

Periodic Labour Force Survey by Union government from July 2020 to June 2021 while the nationwide percentage of salaried workers is around 46 per cent while it is 39 per cent in West Bengal, not a bad figure for a state in the backdrop of the national scenario. The survey report puts graduate jobless percentage around 15.5 per cent all   over the country. It is 10.5 per cent in this state where such percentage was once higher.

In all, the percentage of post graduate jobless is 12.5 percent according to this survey. For the state, this figure stands at 11.7 percent. This is a pointer that there are not enough jobs for the highly educated. Clearly, the educated youth are not getting jobs matching their expectations.

In the period between April and June, 2021 daily wage workers were paid Rs 279 in West Bengal. This figure amounted to Rs 232 in Chhattisgarh, Rs 230 in Gujarat and Rs 710 on Kerala while the national average stood at Rs 326.

Thus it emerges that while employment rate is low, but rate of salaried wage workers is worse, closely followed by that of daily wage workers. The Trinamool Government has not been able to generate adequate employment opportunities in the last eleven years of its rule through the ministers are claiming about high figures of job generation. (IPA Service)

By Refusing To Be Congress President, Rahul Gandhi Has Created A Mess
Posting....