By Refusing To Be Congress President, Rahul Gandhi Has Created A Mess 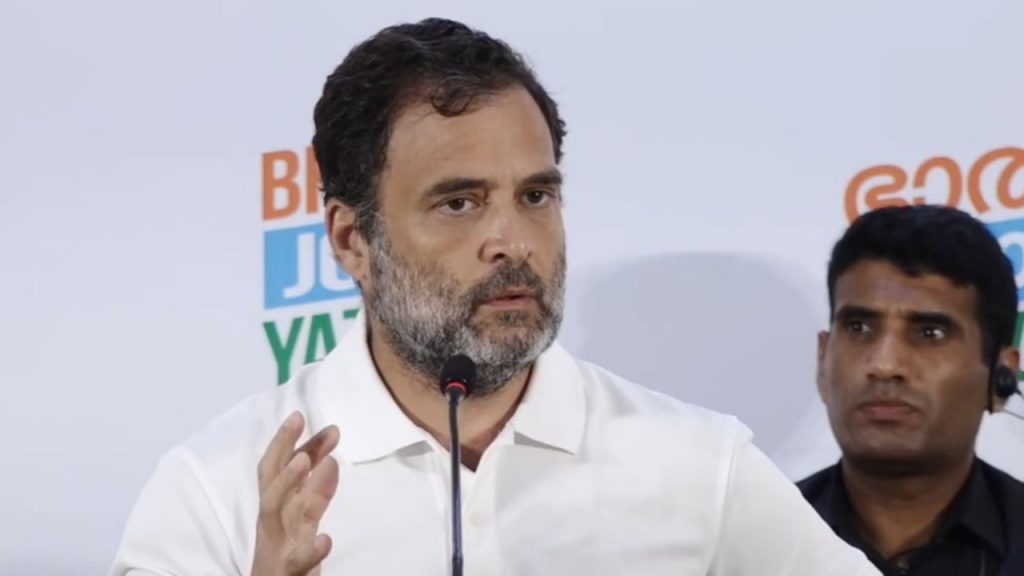 How can the Congress take a hit and no lightning bolts strike 10, Janpath when the loyalist stabs the cherished family in the back? Instead, the high command carries on as if nobody other than the perpetrator Ashok Gehlot could get hurt. And, by extension, the instigator Bharatiya Janata Party, which was in any case behind Gehlot’s cowardly “gadaari”. The sore truth is if anybody should take the blame for the Congress ‘aala’-command’s collapse, it is Rahul Gandhi, who owns the party but refuses to be Congress President!

Instead, he wants a puppet, a so-called loyalist, to take the spot. But, what if the puppet is not interested? Does Rahul Gandhi have an explanation why the Congress presidential race has gone awry, why the Congress high command’s writ doesn’t run the gamut of the party? If there hasn’t been the aala-command’s abject surrender so far, that’s because victor Ashok Gehlot has chosen to take one step back while poised to take two steps forward.

The fact that Ashok Gehlot continues to be Chief Minister and hasn’t been punished tells the story, rather plainly, that the Gandhis no longer command the clout, and the respect due to someone of their stature. Ashok Gehlot cocked a snook at the high command and all that interim President Sonia Gandhi could do was ask for a report on how 92 MLAs could hold a parallel meeting in defiance of the officially-called meeting?

By now the axe should have fallen on at least the “leaders” of 92 rebels if not on Gehlot. Exemplary punishment dealt with speed, shock and awe! The “report” was sought from the two Congress observers, Mallikarjun Kharge and Ajay Maken, who had been sent to Jaipur to enforce the high command’s writ on the state party unit.

Instead, what the observers found in Jaipur was a live hornet’s nest; “rebel” MLAs holding the high command to ransom and declaring themselves kings of Jaipur, the high command could go take a hike in Delhi. Kharge & Maken also realized they were hapless and hopeless in the absence of Ashok Gehlot who was ‘MIA’, and ‘AWOL’!

As many as 92 Congress MLAs, Ashok Gehlot-loyalists, refused to play ball with the high command’s emissaries. Instead, they laid terms for cooperation – three conditions – and there was no Gehlot to turn to for Kharge, and Maken. The latter, who also happens to be state in-charge, was accused of being behind Sachin Pilot’s temerity to harbour hopes of replacing Gehlot.

Ajay Maken and Kharge’s “report” to the high command will only precipitate. Gehlot is the cat hard to bell, his “apology” notwithstanding, which is more like a note to buy time. The high command has few options. Removing Gehlot is one. Continuing with Gehlot is another.

The second will buy time for the high command, postpone till matters cool down to till after Rahul Gandhi has concluded his so far successful Bharat Jodo Yatra. It will take a pair of jumbos to pull Rahul out of the Yatra. Nothing short of a split in the party will bring Rahul to personally intervene in the ongoing crisis.

Meanwhile, there are enough certified sycophants within his immediate orbit to keep him coherent with the belief that the high command is in command, when the signal going in every direction is that it is time the Gandhi family pulled up its socks. The storm brewing in Rajasthan isn’t one in a teacup. Those living in Delhi their whole lives have an idea of the ferocity of the Rajasthani dust-storm that belts into Delhi from the direction of Jaipur and beyond.

The crisis that grips the Congress exposes the soft underbelly of the 137-year-old grand old party now in its autumn years. The Gandhi Family has so far gone in losing clout in the country’s politics that one more ‘Punjab’ will deliver them to the cleaners. The family’s cutting edge hold over the party that it owns is under tremendous strain and all that Rahul Gandhi does is play soccer with Kerala kids.

Even now, at this juncture, Rahul Gandhi behaves and acts like he owns the party, but refuses to take accountability for the crises faced by the party. Who, for example, actually is running the election for the Congress president’s post? Of course, none other than the mother-son pair.

Sonia asks Ashok Gehlot to prepare to don the party president’s hat. There’s nothing Gehlot can do except nod. Rahul Gandhi walks with Gehlot in Kerala and asks Gehlot to file for ‘President’. What can Gehlot do? ‘Nod!’ On hindsight, it’s clear the Gandhi mother-son wanted Pilot to replace Gehlot and a pliable Gehlot to be party president. Things didn’t go as planned. What we’re seeing is the slip between the cup and the lip! (IPA Service)