Droupadi Murmu Is A Sureshot Political Choice Of BJP For Presidency 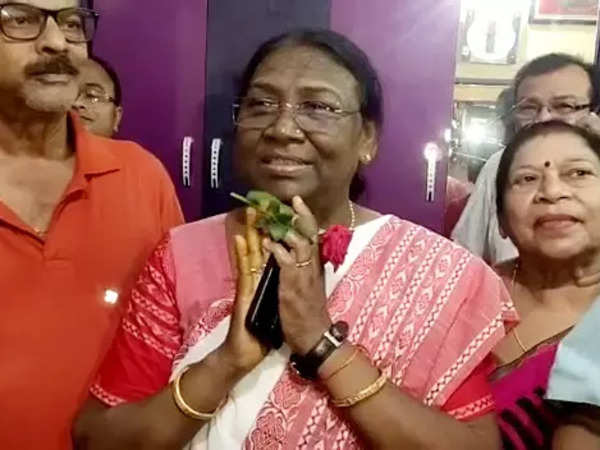 The NDA’s choice for President of India, a woman, and a tribal — Droupadi Murmu, is a sureshot winner, considering the political situation in the country. And Murmu is no stranger to power, and high office. She was Jharkhand Governor from 2015 to 2021. Prime Minister Narendra Modi was at the head of the table when the BJP parliamentary board picked her name from a list of 20 potential first citizen candidates. Also, probably this is the first time people are getting to know that an NDA presidential candidate is decided by the BJP alone.

Of course, it was disclosed that NDA constituent Janata Dal (U) leader Nitish Kumar was informed of the Murmu candidature before it was let out into the public domain. Prime Minister Narendra Modi also made it a point to inform beforehand Biju Janata Dal leader and Odisha Chief Minister Naveen Patnaik of the BJP parliamentary board’s decision to field a Santhal from Odisha for President of India.

Reports say Patnaik couldn’t hide his joy when told of the decision. If Murmu gets elected the ‘First Citizen of India’, which is more or less a surety, it will be a first for Odisha. Murmu has been a two-time Odisha MLA, but it was her governorship of Jharkhand that really brought her into national glare, a fact which also went in her favour.

Rest assured Droupadi Murmu will get Odisha’s votes. And if she doesn’t get Jharkhand’s votes, then Chief Minister Hemant Soren might have to answer to the people of Jharkhand. It is not a secret that Jharkhand has a substantial tribal population, more than enough to make a difference to any political party’s fortunes.

Come to think of it, the tribal is a running feature in wide swathes of Telangana, Odisha, Chhattisgarh, Madhya Pradesh, Jharkhand, Gujarat, Maharashtra, the northeast, and no political party can dismiss the tribal as of no account, even in a presidential election.

For the tribal population of India Droupadi Murmu will be a feather in the tribal cap even before the votes are cast. Therefore, to believe that “20 names” were considered at the BJP parliamentary board meeting is beyond belief. Most likely Droupadi’s name was decided by Modi days before Modi sat down with BJP President JP Nadda, and Union Home Minister Amit Shah, to place the finger on Droupadi Murmu’s name.

To expect anybody BJP to take a decision independent of Modi is beyond the pale of belief. The combined Opposition’s candidate is Yashwant Sinha, a former Union Finance Minister, who once famously told a Chief Minister, “I can become a politician, but you can never become an IAS!” Sinha is a bureaucrat-turned-politician, and that should explain his cutting edge dialogue delivery.

That Modi and Sinha don’t get along is history! In fact, Sinha is often referred to as the “utterly-bitterly Sinha” because of his numerous differences with Modi’s governance style. He was also called “Rollback Sinha” for many of his decisions were compelled to be withdrawn. If truth be told, Prime Minister Narendra Modi will be dreading Yashwant Sinha in the Rashtrapati Bhavan. If that happens, the Centre will be forever running errands between the PMO and the Rashtrapati Bhavan.

But that is not likely, and Murmu will spend her time in “office” amicably, at least till 2024, when another general election will take place and who knows what might happen? Born in Odisha’s Mayurbhanj district, Murmu was a teacher before she became politician. With NDA accounting for approximately 50 per cent of the total Electoral College, Murmu cannot be defeated.

There is talk that Droupadi Murmu, with her rich administrative experience and outstanding gubernatorial tenure, will be an outstanding President. Also, her understanding of policy matters and her compassionate nature are worthy to be emulated. Murmu on her part said she “never expected my name to be announced.”

The BJP expects non-NDA and non-UPA parties like Naveen Patnaik’s BJD, Y.S. Jagan Mohan Reddy’s YSRC and the AIADMK to vote for Murmu. Jharkhand’s JMM might also tag along. Of all of the parties, it’s Nitish Kumar’s JD(U) that might break rank and vote against Droupadi Murmu, the likely next President of India! (IPA Service)

Droupadi Murmu Enters The Presidential Campaign With Many Positives
Posting....