Both Uddhav Thackeray And Rahul Gandhi Can Differ On Savarkar 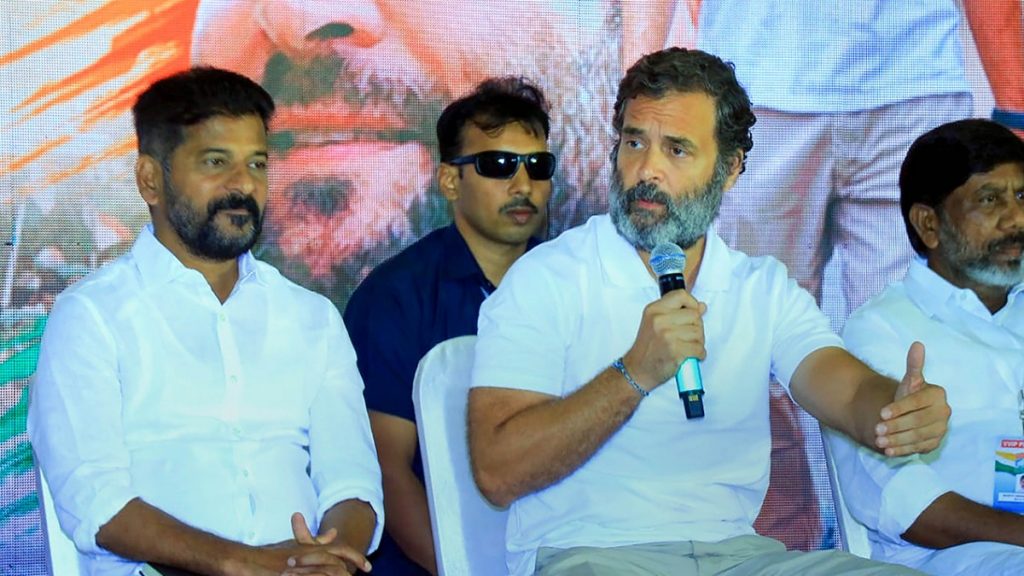 Shiv Sena chief Uddhav Thackeray refutation to Rahul Gandhi’s remark on Savarkar might have been driven by political compulsions, but it has provided with the much awaited opportunity to BJP to humiliate and slander him as the true inheritor of the legacy of Balasaheb Thackeray.

Vitriolic avowal from his trusted lieutenant Sanjay Rout has simply pushed Uddhav to the wall from where it is really a tough proposition to come back. The recent split of the Shiv Sena by Eknath Shinde has proved beyond doubt that he is not an astute politician.  A politically judicious politician always keeps his channels open to handle and get out of the crisis. Instead of rushing in haste and disproving Rahul’s remarks purely with the motto to keep his supporters happy, Uddhav should have waited before jumping into the fray

It was his impulsive reaction that conjured Sanjay Raut say that Congress leaders in Maharashtra won’t support Rahul Gandhi’s comments on Savarkar. “Coming to Maharashtra and saying things about Savarkar won’t be accepted. Congress leaders won’t support him. Bharat Jodo Yatra is against dictatorship and issues like unemployment, inflation and Congress is getting support”. This underscores his political immaturity.

Rout further said; “Giving such a statement can cause strife in MVA. We believe in Veer Savarkar and we want to ask the fake Hinduvaadi that we are demanding Bharat Ratna for Veer Savarkar for 10 years. Even though BJP is in power, why are they not fulfilling our demands?” Undeniably it was his targeting the BJP that prompted to lash out at Uddhav. He could have bought more time to finalise his strategy by resorting to politics of passive silence.

Rout’s sends a clear message that he has failed to comprehend the political orientation and also the mind-set of Rahul Gandhi. He has not come out with his statement out of impulse. It was a planned attack on Savarkar. Ever since he resigned as the Congress chief in 2019 after Lok Sabha elections Rahul has been striving to shape his own political line. He is not scared of the dissidents, or who is attacking him or who is turning his enemy or who dislikes him or whether his observations are appreciated. He is in the process of restructuring the Congress, arm it with new philosophy and ideology.

Uddhav and Rout should have noticed the unprecedented turnout of the people at his meeting just a day after Rahul’s criticism of Savarkar. This implied that the people of Maharashtra are more concerned of their fight for survival than turning the pages of history and decipher the text. For them whether Savarkar was the symbol of Hindutva does not matter at all.

Uddhav and Rout have every right to worship and respect Savarkar and are not under any kind of coercion to believe what Rahul says. But it certainly does not imply that their devotion to him will change the historical facts or obliterate the facts from its pages. This was not for the first time that Rahul raised this issue. Savarkar and his RSS have earned the unkind reputation of being appreciative of the Britishers. But never in the past, this virtuous revelation was challenged by anyone, even by the relatives of Savarkar.

Savarkar’s grandson, Ranjit Savarkar, has filed a police complaint against Gandhi for making comments on Savarkar and has demanded his arrest. The Sena had always held Savarkar in high regards and had, in the past, threatened to beat Congress senior leader Mani Shankar Aiyar with slippers if  he  ever came to Maharashtra after he criticised Savarkar,

Soon after Rahul Gandhi made this remark, FIRs were filed in Maharashtra, and Chief Minister Eknath Shinde’s cabinet adopted a resolution condemning Rahul Gandhi. Effigies of Rahul were burnt in several cities of Maharashtra.

Nevertheless on Thursday (November 17), a case was registered against Rahul Gandhi for mocking the contribution of Savarkar to the Independence Movement. The complaint was filed by a leader belonging to the Shinde faction of the Shiv Sena with the Thane police station against Gandhi under non-cognisable offences. This is nothing but a cheap political mockery to get space in the newspapers and TV news channels. A cursory probe would reveal that most of the people who are spearheading the protest are unaware of the letters he wrote to the Britishers or have not fully acquainted with the historical developments.

The most entertaining has been the observation of Maharashtra’s Deputy chief minister Devendra Fadnavis. He said “I want to point out  that the closing lines ‘I beg to remain, Sir, your most obedient servant’ written by Savarkar in his mercy petition to the British, were almost the same written by Mahatma Gandhi in his letters to the British rulers. This was actually a letter writing format during the British Raj”.

It is irony that Fadvavis in his attempt to defend Savarkar went to the extreme extent of maligning the image of Mahatma Gandhi, to whom his leader Narendra Modi worships. Even his ideological gurus, the RSS leaders, find it hard to vilify. Gandhi in his letter did not pardon. It was friendly letter. No where he had written in the letter that I should be pardoned for fighting against you. But Savarkar’s letter seeks clemency.  Fadnavis alleged that Gandhi has been “shamelessly lying” about Savarkar. An insight into Fandavis’s jibes would make it absolutely clear that BJP was trying to finish his support base. This is evident from his remark; “We will bury the ideology that insults Savarkar. The ideological legacy of the Sena founder, Bal Thackeray, was being taken forward by chief minister Eknath Shinde and his faction.”

Legal luminary A G Noorani in his article SAVARKAR’S MERCY PETITION mentions “In V.D. Savarkar’s case, every record disclosed exposes his deceit, venom and addiction to murder. After his conviction for the murder of A.T.M. Jackson, Collector of Nashik district, who was “sympathetic towards Indian aspirations”, Savarkar was brought to the Andamans in 1911. This was the only murder he had conspired to commit for which he was punished. He got away with the other three Curzon-Wylie of the India Office in 1909; attempted murder of the Acting Governor of Bombay, Ernest Hotson, in 1931 (he was saved by his bullet-proof vest); and Gandhi’s on January 30, 1948. In each case, the trigger was pulled by someone else; the assassin was prodded by Savarkar.”

Savarkar was lodged in the Cellular Jail on July 4, 1911. Within six months, he submitted a petition for mercy.  In October 1913, the Home Member of the Viceroy’s Executive Council, Sir Reginald Craddock, visited the Jail and met Savarkar among others. His note of November 23, 1913, recorded Savarkar’s pleas for mercy. Savarkar had submitted his second mercy petition on November 14, 1913: “I am ready to serve the Government in any capacity they like…. Where else can the prodigal son return but to the parental doors of the Government?”, the `revolutionary’ and `nationalist’ wrote (emphasis added, throughout). Craddock accurately recorded “Savarkar’s petition is one for mercy”. That formulation was repeated in the petitions that followed.

On March 22, 1920, a Savarkar supporter, G.S. Khoparde, tabled questions in the Imperial Legislative Council, one of which read: “Is it not a fact that Mr. Savarkar and his brother had once in 1915 and at another time in 1918 submitted petitions to Government stating that they would, during the continuance of war, serve the Empire by enlisting in the Army, if released, and would, after the passing of the Reforms Bill, try to make the Act a success and would stand by law and order?” The Home Member Sir William Vincent replied: “Two petitions were received from Vinayak Damodar Savarkar – one in 1914 and another in 1917, through the Superintendent, Port Blair. In the former he offered his services to Government during the war in any capacity and prayed that a general amnesty be granted to all political prisoners. The second petition was confined to the latter proposal.” Thus there was one in 1917 besides that of 1913 which is perhaps the one Vincent referred to as one of 1914; perhaps not because Savarkar referred to two others of 1914 and 1918.

Savarkar concluded: “I and my brother are perfectly willing to give a pledge of not participating in politics for a definite and reasonable period that the Government would indicate….This or any pledge, e.g., of remaining in a particular province or reporting our movements to the police for a definite period after our release – any such reasonable conditions meant genuinely to ensure the safety of the State would be gladly accepted by me and my brother.”

The MVA was formed on the basis of a common minimum programme despite ideological differences between the Congress and the Sena. Congress leaders Jairam Ramesh said: “These are matters of history. There are different perspectives and the debate will go on. Unlike the BJP, the Congress doesn’t believe in rewriting history. If there is historical evidence, we can’t distort it. We don’t reinvent history. We can engage with somebody on the historical legacy of Savarkar. We have to do it dispassionately, in a scholarly manner.’ That   should   be the approach of the Uddhav and his Sena leaders to fight   the   BJP in the   state. (IPA Service)