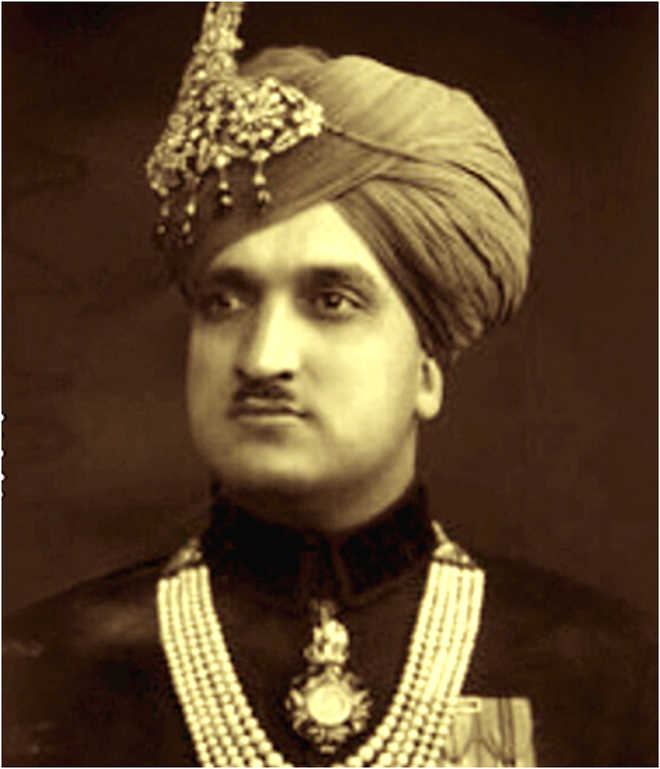 Maharaja Harijai Singh of Jammu & Kashmir signed the Instrument of Accession on October 26, 1947. He was in a tough spot. The subcontinent has been divided on the basis of faith and his mind was not only the 80% Muslims in the state, but also 20% Hindus.

October 26, 1947 was the day Maharaja Hari Jai Singh signed the Instrument of Accession in Hari Niwas, Jammu. Karan Singh, Maharaja’s son, was not present at the signing but in room next door, confined in a wheel chair at the time. Accession was an important event occurring soon after partition of India on religious lines. Jammu and Kashmir was founded by Karan Singh’s ancestor Maharaja Gulab Singh in 1946 and strategically located with its border provinces of Gilgit—Baltistan and Ladakh contiguous to Central Asia and Tibet respectively.

In a recent interview, Union law minister Kiran Rijiju targeted India’s first Prime Minister Jawaharlal Nehru on several counts on the Kashmir accession issue.   Karan Singh clarified ‘‘the unseemly controversies that seem to have emerged about my father’s role at that crucial juncture’.’ We must remember that he was in an extremely difficult position. The whole continent had been divided on the basis of religion, and although the partition document did not cover Indian states, Jammu and Kashmir with 80% Muslims with the rivers, transport, communication and trade going towards Pakistan. In a situation such as this, a snap decision was not possible because 20% of the state, including the entire Dogra community, was an important consideration.’

He asserted that’ my father was ready to accede to India well before August 15, but Nehru was reluctant to accept it unless it had support of the people, by which he obviously meant Sheikh Abdullah and the National Conference. I must admit that I have no knowledge of this; nor did the matter come up in palace conversations. It is possible that the then deputy PM of J&K, Ram Lal Batra, may have spoken informally to someone in Delhi, but there is no clear evidence that my father authorized this.’

Karan Singh mentioned that his father’s thought process was clearly expressed in the covering letter he wrote to Lord Louis Mountbatten on October 26, 1947 along with the Instrument of accession, which is a crucial document seldom recalled. In this letter, he said. “As your Excellency is aware, the state of J&K has not acceded to the Dominion of India or to Pakistan. Geographically my state is contiguous to both dominions. It has vital economic and cultural links with both of them. Besides, my state has a common boundary with the Soviet Republic and China. In their external relations, the Dominions of India and Pakistan cannot ignore this fact. I wanted to take time to decide which dominion I should accede to, or whether it is not in the best interest of both Dominions and my state to stand independent, of course with friendly and cordial relations with both.’

The letter gives no indications that he had decided to accede well before partition. Even in a 1952 speech quoted Nehru said, “even if the Maharaja and his government then wanted to accede to India” which implies that he had not, in fact, done so.

As it turned out, Karan   Singh   explained ‘ my father was totally overtaken by events.  Already, an uprising against his government had begun in Poonch, and in a remarkable absence of my intelligence report, we discovered enough only during the Dussehra Darbar in Srinagar on October 22 that raiders from Pakistan had already entered the state, captured the powerhouse in Mahura and were moving towards Srinagar.’

My father’s chief of army staff, brigadier Rajendra Singh, was sent with 100 soldiers and find the invaders to “last man and last bullets. This they did bravely at Uri and though they all perished, they were able to hold the invaders for a critical 48 hours. These events obviously forced my father’s hand and led him to sign the Instrument of Accession. This statement of Karan Singh on those crucial days in October 1947 gives a clear indication of why the Indian Prime Minister waited till Maharaja Hari Singh took the final decision. (IPA Service)