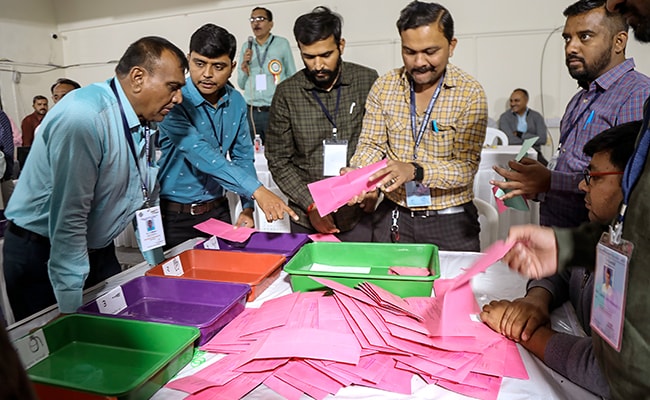 Gujarat for Bharatiya Janata Party. Himachal Pradesh went to Congress. Does that spell equal=equal, overall, neither party won, neither party lost? Delhi’s ‘Big Boss’ Aam Aadmi Party failed at both places. And that will rankle. One day right on top of the world, the other day, down in the dumps! Just like the freebies, gone in two minutes!

The big thing is everybody has got something to brag about. The road for 2024 is getting laid and everybody in the reckoning is heading straight for the reckoning. If Prime Minister Narendra Modi has his two “PM terms”, AAP is already positioning Arvind Kejriwal as ‘Challenger No.1’. The only one away from the madding crowd is Congress leader Rahul Gandhi on his ‘Bharat Jodo Yatra’.

The majority of Gujarati Hindus were all for rewarding Prime Minister Narendra Modi and the BJP with the biggest ever electoral victory. The BJP took the fullest advantage of playing the victim card along with the Hindutva card; claiming that everybody and nobody, had all ganged up against the “people of Gujarat”, and were “besmirching Gujarat” and Gujarati all around the world.

All of it bunkum, of course, but in the election-charged atmosphere, it struck the right chord. December 8, outgoing Gujarat Home Minister, the Amit Shah protégé Harsh Sanghavi, thanked “Gujarat’s voters” for teaching a lesson to those who had insulted “Gujarat and Gujarati”.

The not-so-subtle dog-whistling hit target and resounded well with much of the electorate. The victory December 8 was largely due to a re-consolidation of Hindu votes in favour of the BJP. Bilkis Bano’s gang-rapists were allowed to walk free not for “good behaviour” alone. Modi is master of messaging and he got it right with the ‘Evil 11’. Also, Hindutva remained the BJP’s most rewarding election plank. One that is not afflicted with diminishing returns.

And definitely not for use and throw. December 7, the AAP made much of its victory in the Delhi-MCD polls, despite the victory margin falling short of the exit polls’ mark. The 15-year anti-incumbency hadn’t crippled the BJP. But still, the AAP and the Congress, everybody, expected a similar distortion of the exit polls on December 8.

But wishes aren’t horses. And the Gujarat exit polls did not go the Delhi-MCD way. Modi’s Gujarat Model not only stood up to Kejriwal’s Delhi ‘freebie’ Model, it also beat it hollow. For the second time in a year, after Uttar Pradesh, there’s evidence that Modi’s ‘labarthi schemes’ have done better politically and electorally than Kejriwal’s ‘revadies’.

Going forward, in the interregnum from now and the 2024 general elections, the Centre will be taking the “labarthi-schemes”, and the kind of ‘awas yojana’ that benefited slum families in Delhi recently, to other corners of India, wherever and whenever there are elections. Slum dwellers of Delhi voted overwhelmingly for AAP and these are the sort of voters who Modi is targeting with free rations, and free 1BHKs.

Here’s where Prime Minister Narendra Modi has an advantage over Chief Minister Arvind Kejriwal. Not only is BJP rich, the Centre, i.e., the Modi Government, is massively richer. Going forward, the BJP will and can outspend AAP in freebies/labarthi-schemes and Kejriwal wouldn’t be able to do anything about it.

AAP’s Delhi-MCD victory pales in front of the BJP’s victories in Uttar Pradesh, and now in Gujarat also. It is clear that AAP’s Delhi Model hasn’t found any takers outside Delhi except in Punjab earlier this year, which can be taken as an outlier in any manner of speaking. The coming 2023 will throw up more such chances to AAP to try its luck, and its model.

But the odds are stacked against AAP. Arvind Kejriwal should and must reinvent the wheel. Water and electricity freebies alone does not deliver. By now, he should have realized this primal truth. Also, appointing a “sweet looking kid” as the “prabhari” of a state going to polls does not always deliver the same result. Raghav Chadha’s clean-cut looks struck gold in Punjab, but failed to cut ice with the Gujarat electorate.

Chief Minister Arvind Kejriwal’s attempts to be a bigger Hindutva icon than Prime Minister Narendra Modi has also gone to waste. Why vote for a copy-paste when there’s the original? ‘Krishna avatar’ and the ‘Lakshmi-Saraswati’ currency note not only failed to woo the Hindu, but also alienated Muslim trust, and Muslim votes.

Also, AAP cut into Congress vote-bank. And did it with a song and dance, except that none of the AAP’s song and dance made a dent on the BJP’s prospects, either in Gujarat, or in Himachal Pradesh, where AAP got zero seats, and a vote share of only 1.1 percent.

The difference between BJP and the AAP is that while Chief Minister Kejriwal’s freebies are the water and electricity, which cannot be held in the palm of the hand, Prime Minister Narendra Modi’s ‘labarthi-schemes’, such as ‘Ujjawala’ and ‘Awas Yojana’, have a solidity about them that sticks in the mind, and in the guts. The electorate takes the feel of them into the election booth.

At the end of the story, it is about whether it is the end of the Congress story in Gujarat? The cool climes of Himachal Pradesh will not tell the story, analyzing Rahul Gandhi’s absence from the campaign can, and most probably would. The Congress should look for it in the heat and dust of the Bharat Jodo Yatra. This one, or in another one. (IPA Service)