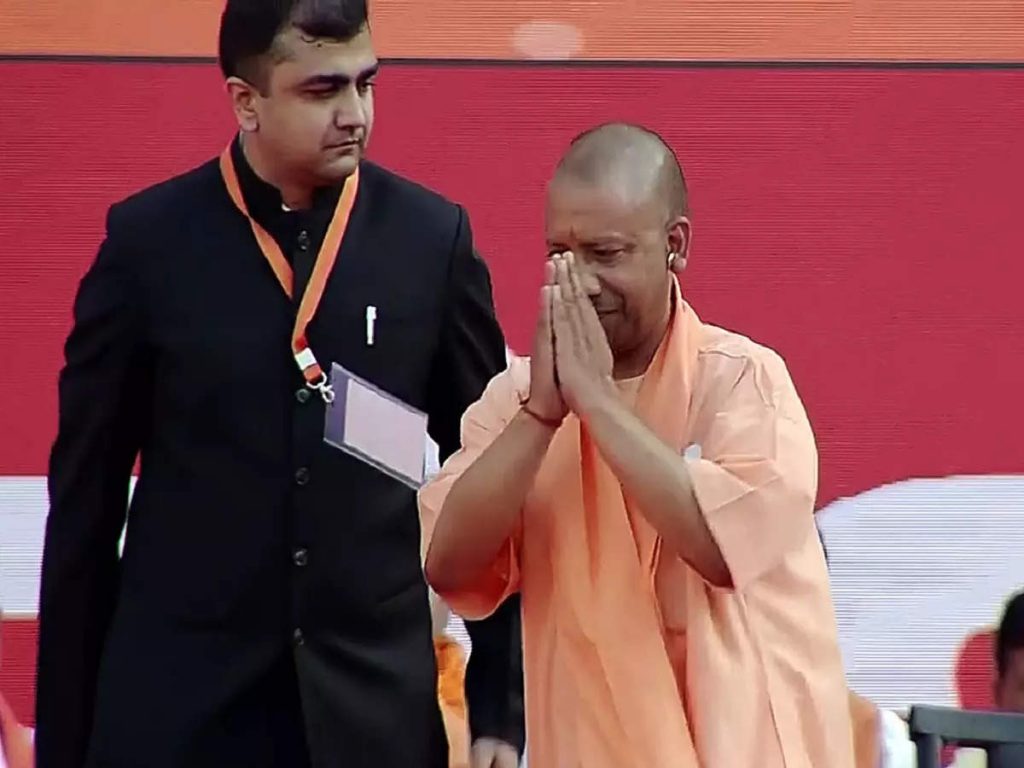 Keshav Prasad Maurya is the backward face of the government and lost the election from Sirathu assembly constituency in Allahabad but party decided to retain him to coveted post of Deputy Chief Minister. Similarly for another deputy Chief Minister, BJP leadership replaced Dinesh Sharma and promoted Minister Brijesh Pathak.

Brijesh Pathak, who at one time was in BSP, earned name for himself for good work during corona period and is more effective as a brahmin face than others. This time BJP leadership is banking on Brijesh Pathak to attract brahmin community in view of 2024 Lok Sabha polls.

BJP leadership has successfully made the rainbow coalition of different castes in selecting 52 Ministers having 21 from upper castes, 20 OBCs, eight dalits, one Scheduled Tribe, one muslim and one Sikh. BJP has also given ministerial berth to Asheesh Patel, husband of Union Minister Anupriya Patel who is powerful kurmi backward leader and President of alliance partner Apna Dal.

In order to wean way dalit votes, BJP leadership inducted Baby Rani Maurya and former IPS officer Aseem Arun to give powerful signal to dalit community. It would be worth mentioning here that Baby Rani Maurya was Governor of Uttarakhand and she was asked to resign and come back to UP and campaign for the party where she was projected as dalit leader who could take on former chief minister Mayawati.

BJP leadership dropped 22 ministers and some of them were very powerful and important as far as their status and background are concerned. Prominent among those who were dropped included Satish Mahana, Ashutosh Tandon, Dinesh Sharma, Srikant Sharma, Sidharth Nath Singh and Neelkanth Tewari, Dr Mahendra Singh

BJP leadership conducted survey about each ministers and decided to drop those who could not perform in their ministry, unpopular in their constituencies or faced charges of corruption. Some of them managed to win only because of hectic campaigning by PM Narendra Modi in their areas including his Lok Sabha constituency Varanasi.

The ministry formation made it clear that PM Narendra Modi and Union Home Minister played very important role in selection of ministers which was evident from their involvement in series of meetings held in Delhi. The entry of former bureaucrat Arvind Sharma, who had been Gujarat cadre IAS officer and served under PM Modi, in UP Ministry, is also very important for party high command.

For the BJP high command, the state battle has been convincingly won in Uttar Pradesh in the recent assembly polls, but the   Party has to won the war in 2024 Lok Sabha polls from UP which has 80 seats in the Lok Sabha. The Sangh Parivar and the BJP leadership have set the target of a minimum 70 seats for BJP for its workers in UP and the Party hopes that its consistent programme of outreach to dalits and minorities will give further dividends in 2024 polls.

It would be worth mentioning here the manner in which senior IAS officer DS Mishra was given extension after his retirement from centre and sent to UP as chief secretary few months before the elections made it clear that centre would like to have total grip over state administration. (IPA Service)