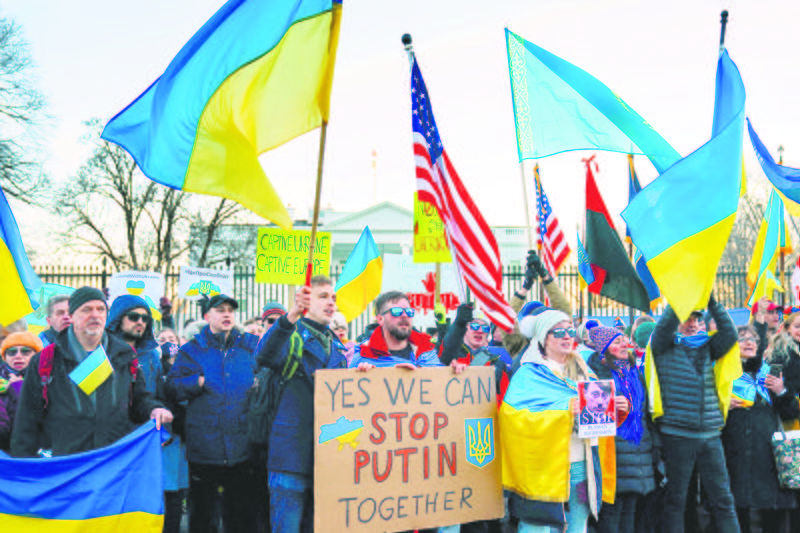 With self-interest having been the overarching consideration of US policies, whether domestic or international, or even relating to third party issues, Washington understands India’s Ukraine policy as much as New Delhi does. That explains why the US has been circumspect in criticising India for its stand on the Russian invasion of Ukraine. While President Joe Biden described India’s policy as a Quad member ‘somewhat shaky’, a senior White House official said the other day India’s position at the United Nations over has been ‘unsatisfactory, but unsurprising’ given its historical relationship with Russia.

There is no doubt that the Russian invasion of Ukraine and the consequential US-coordinated sanctions against Russia have provided collateral benefits to India, even as New Delhi has shown exasperation over the human tragedy that the invasion has entailed.

While the US would have loved India to join the sanctions against Russia, it is well aware of New Delhi’s interest in not forcing the issue. A long-tested defence ally, India has delicately balanced its ties with Russia vis-à-vis that with the US, which had witnessed a special impetus, particularly during the Trump presidency, given the warmth in the friendship between Narendra Modi and Donald Trump. But under the new circumstances in the wake of the Ukraine imbroglio, the Indian dice is loaded heavily in favour of Russia.

While the Biden administration is drumming up maximum support for its oil embargo against Russia, it has not managed to get even allies like Germany to take the extreme step of cutting off Russian energy supplies. The Biden campaign thus loses its sting when criticising India on the same point. No wonder, therefore, that India has already made its position clear that it will go by all means for the cheaper Russian oil option, especially as the economy is still grappling with the pandemic impact. Imports make up 85 percent of India’s oil requirements and Russian oil at discounted price is an irresistible option by all means.

This is just one part of the oil story. According to a Rystad Energy assessment, India is well-positioned to capitalise on the Russian oil, along with China. Both China and India have large-scale world-class refineries, but their ability to react to market volatility and capture opportunities is vastly different.  Apart from a geographical advantage that the Indian refineries enjoy over their Chinese counterparts, Indian refiners also have relatively higher flexibility over their refinery and product marketing operations.  This means they can optimize product placement between domestic and export to capture the best product margins and process deeply discounted Russian crude barrels. Indian refineries are expected to ramp up production by June and from April 2022 to tap the Russian opportunities.

And this is happening when the European refinery industry is facing one of its worst crises. Analysts say if Russia crude flows become further distressed and supply shut-ins are enacted, there could be a global reduction in refinery output. Adding further pressure for European refiners is the recent weather-related conditions in the Black Sea which damaged infrastructure in place to load Caspian Pipeline Consortium (CPC) Blend, as a result of which exports from the CPC system may fall by as much as 1 million bpd due to weather-related conditions damaging mooring points for its vessels and repairs are expected to last at least a couple of months. All this signals that Europe will need accelerate the shift away from Russian grades for and look at alternative crude grades to keep refinery output stable.

This provides a unique opportunity for Indian and Chinese refiners the ability to buck the trend, but more so for the Indian refineries. As the Russian oil embargo comes into force, it is estimated that European refineries could experience a crude deficit of between a 1.5 million and 2.0 million bpd in 2022. This is expected to result in a global reduction of up to 3 million bpd for the refiners. However, in the short term, India is well positioned to pick up refined products output while China is expected to increase refinery runs in the second half of this year. (IPA Service)