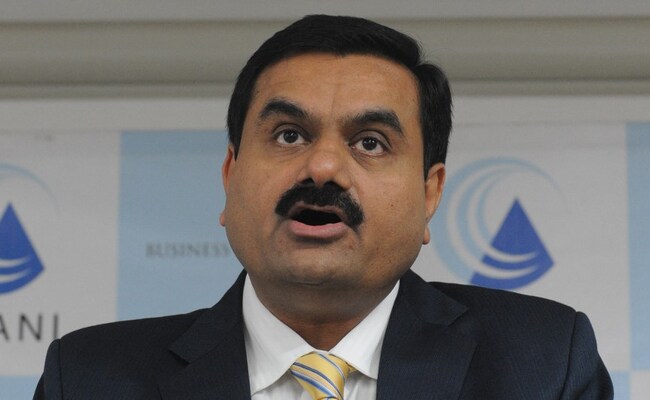 The story of meteoric rise of Gautam Adani to world’s second richest person as per the    leading journal Forbes, has indeed a key element of getting ‘benefit from a rising India’ since 2014, when his friend Narendra Modi became the Prime Minister of the country. It is evident from even Adani’s keynote address delivered in the two-day (September 26-27) 20th Forbes Global CEO conference in Singapore.

He was all plaudits for India’s growth with confidence, and said that India’s economy would grow to $30 trillion in next 25 years that is called Amrit Kaal by PM Modi in a bid to selling his dream to the people of India. India’s growth story has just started with confidence and this confidence is reflected in corporates’ decisions, which included his conglomerate, he said. Adani Group will be investing over 100 billion dollars of capital in the next decade with Energy Transition to be top priority followed by Digital Transformation. The Group has already earmarked 70 per cent of this investment for the Energy Transition space.

We (Adani Group) benefited from a rising India, and we are making decisions with confidence. We have had enough idea about what is ‘rising India’ or ‘new India’ in contemporary political language of the country that even PM Modi proudly tell people with patting his back.

It is only recently the 60 year old tycoon, who founded his group in 1988 as a modest commodities trading business, surpassed Jeff Bezos, Bernard Arnault and Bill Gates to become the world’s second wealthiest person with a fortune of $143 billion. He had a wealth of only $7.3 billion in 2014 when Narendra Modi became Prime Minister of India who is alleged to have been helping him with numerous policies contributing to his spectacular growth within a short span of time of only 8 years. Modi is known using his aircrafts during past election campaigns. Today, the combined market capitalization of the group’s listed companies is $260 billion.

As a Group, he said, we will invest over 100 billion dollars of capital in the next decade. We have earmarked 70% of this investment for the Energy Transition space. We are already the world’s largest solar player, and we intend to do far more. In this context, Adani New Industries is the manifestation of the bet we are making in the energy transition space. It is our commitment to invest 70 billion dollars in an integrated green hydrogen-based value chain.

Therefore, in addition to our existing 20 GW renewables portfolio, Adani said, the new business will be augmented by another 45 GW of hybrid renewable power generation spread over 100,000 hectares of land – an area 1.4 times that of Singapore. This will lead to commercialization of three million metric tons of green hydrogen. This multi-fold business will see us build 3 giga factories in India. We are in the process of building a 10 GW silicon-based photo-voltaic value-chain that will be backward-integrated from raw silicon to solar panels, a 10 GW integrated wind-turbine manufacturing facility, and a 5 GW hydrogen electrolyser factory. Today, we can confidently state that we have line of sight to first – become one of the least expensive producers of the green electron – and thereafter – the least expensive producer of green hydrogen. It is an absolute game changer for India and opens up the unprecedented possibility that India could one day become a net energy exporter.

However, while we undertake this uniquely ambitious energy transition journey, Adani said, we are also making sure that our goals stay equitable with national needs. Critics would have us instantly get rid of all fossil fuel sources that India needs to serve its large population. This would not work for India. Even today, India with 16% of the world’s population accounts for less than 7% of CO2 emissions and this ratio continues to fall. Therefore, let me echo what Mr. Steve Forbes himself said just a few days ago. Quote — “Amazingly, no one did their homework to figure out what was involved in replacing fossil fuels with alternative energy sources. Nor did they factor in what would happen if the sun didn’t shine or the wind didn’t blow.” Unquote. No one could have said it any better.

Adani said that next in priority for them is their ambition in the space of Digital Transformation seeking also benefit from the energy transition adjacency. The Indian Data Center market is witnessing explosive growth. This sector consumes more energy than any other industry in the world and therefore our move to build green data centres is a game changing differentiator, he said. We will interconnect these data centres through a series of terrestrial and globally linked undersea cables drawn at our ports and build consumer based super-apps that will bring the hundreds of millions of Adani’s B2C consumers on one common digital platform. Once done, the monetization possibilities are endless. We also just finished building the world’s largest sustainability cloud that already has a hundred of our solar and wind sites running on it – all off a single giant command and control center that will soon be augmented by a global A-I lab. These are just a few of the adjacencies that are being mainstreamed at our digital businesses at Adani.

Though focused on renewable and digital businesses, the Adani Group functions as a set of adjacent businesses that act like a giant network. This adjacency-based business model defines the crux of our strategic direction.

He elaborated that Adani Group is the largest airport operator in the nation with 25% of passenger traffic and 40% of air cargo; the largest Ports and Logistics company in India with 30% national market share; India’s largest integrated energy player spanning electricity generation, transmission, and distribution, LNG and LPG terminals, city gas and piped gas distribution; the highest valued FMCG company following the IPO of Adani Wilmar; have declared our path forward in multiple new sectors that include data centres, super apps, industrial clouds, aerospace and defence, metals, and petrochemicals; the country’s second largest cement manufacturer; and our market cap stands at 260 billion dollars – having grown faster than any company ever in India.

Adani said in his address that the global turbulence has accelerated opportunities for India, and has made India one of the few relatively bright spots from a political, geostrategic and market perspective. India’s real growth is just starting – as it goes from its 75th year of freedom this year – towards its 100th year of independence. Our country calls this period – AmritKaal. Meaning the perfect period for beginning a better tomorrow. (IPA Service)

Political Situation Is Hotting Up For Lok Sabha Elections In 2024
Posting....