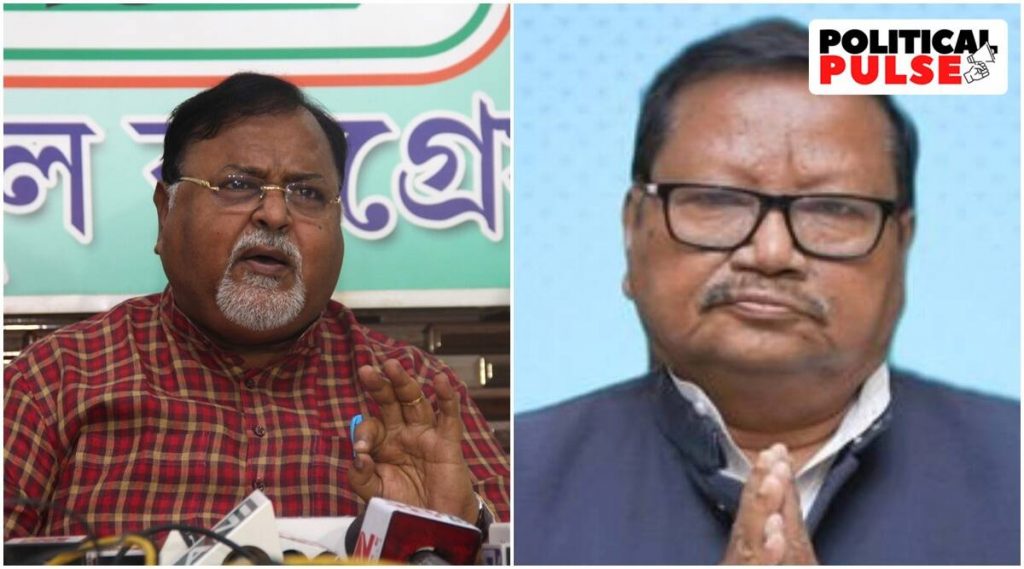 In West Bengal, the Bharatiya Janata Party (BJP) has raised the stakes higher in its running battle against the ruling Trinamool Congress (TMC), claiming that at least 38 TMC MLAs were in close touch with the saffron party. Further, well-known pro-BJP actor Mithun Chakraborty told newspersons in Kolkata that at least 21 of them were maintaining ‘personal contact’ with him.

As expected, this somewhat abrupt revelation raised a flutter in political circles, especially as the TMC finds itself on the defensive over the embarrassing exposure of the Rs 120 crore School Service Commission (SSC) scam. More than the substance of Chakraborty’s comments, his timing was significant. Only minutes before, state Chief Minister Mamata Banerjee, at an official function, attacked the BJP for toppling opposition-ruled governments by encouraging, engineering splits and/or defections in other parties, from Karnataka to Maharashtra. The BJP was now targeting Bengal, she added.

The popular Mr. Chakraborty had actively campaigned for the state BJP during the 2021 state Assembly elections. Although the TMC won over 200 seats, asserting its dominance, the BJP won 77 in a house of 294 claiming 38% of the aggregate votes, in a respectable runner-up finish.

For some time now in West Bengal,  the possibility of a split within the TMC in the manner of the Shiv Sena in Maharashtra has been discussed widely among political circles, although not very publicly. Mid- and low-level TMC activists in Bhowanipore and other areas, supposedly the citadel of the TMC in Kolkata, admitted that there were two opposed groups within the party, which had lined up respectively behind the Chief Minister and her nephew MP Abhishek Banerjee, her heir apparent. The party often found it difficult to get both groups united on major policy decisions, such as nomination of candidates for coming elections, and on major official appointments within the administration, to give only two examples.

As of now, the TMC is known to be divided on the question of action to be taken against Mr. Partha Chatterjee, TMC secretary general and Minister for Industries, now under arrest for his alleged involvement in the Rs 120-crore SSC scam. Senior government officials and TMC leaders are suspected of having helped appoint unfit persons at different levels of government-run schools in the state as full time teachers, while ignoring applications of thousands of meritorious male and female applicants. This had been continuing since 2012, which meant that over 50,000 fully qualified job seekers had been passed over and robbed of the jobs they could and should have held.

Youth organisations backed by opposition parties have been agitating in protest for months. July 27 marked the 500th day of their agitation. The role played by the state government has been shockingly insensitive. The young protestors claim to have written at least 600 letters to the Chief Minister, the education minister and others for help, but they got nothing more than verbal assurances. Meanwhile, the people appointed on the basis of bribes they had paid to officials and TMC leaders, ranging from Rs 7,00,000 to Rs 10,00,000 according to media reports, were all working officially.

Currently, the Enforcement Directorate and the CBI are probing the complaints filed by the protestors in the Calcutta High Court. Acting under strict instruction of the High Court, the ED and the CBI had raided scores of places and establishments, interviewed and arrested several people including the Minister, as the outlines of yet another major scam during the TMC tenure came to light.

The TMC is also involved with the ill-famed multi-crore Sarada chit fund and Narada bribery scams. As with the Sarada scam earlier, Chief Minister Mamata Banerjee has vigorously denied prior knowledge about the major new scam in the education department, a dubious first for West Bengal. Claiming that the party was not aware of what was happening, she insisted that the law should take its course and the guilty could be punished with rigorous imprisonment, if necessary.

Her version of events has been rejected not only by the opposition, but by the youth organisations as well. Both the CPI(M) and the BJP in West Bengal have stepped up their activism against the ruling TMC over the recent exposure of the SSC scam,  but  there  seems to be no immediate threat to the authority of Mamata Banerjee within the party or the administration. The police do not allow any demonstrations by opposition parties and very few meetings are allowed to be held. Still both parties have sponsored brief rallies in Kolkata and the districts, demanding the resignation of the Chief Minister and the sacking of Chatterjee, who still continued as Minister.

The major reason why the TMC does not feel overly concerned about the scam disclosures and initial political/public reaction/media criticism is, the continuing weakness within the opposition parties in utilising their opportunities. As things stand, with Panchayat elections in 2023 and later Parliamentary elections coming up, both the BJP and the CPI(M) may end up winning more votes than before. It is difficult to say the same for Congress.

In other words, the anti-TMC vote will still get split between the CPI(M) and the BJP, which  should help the ruling party. However, the words spoken by Chakraborty in Kolkata on July 27 added a new dimension to the present situation. Chakraborty, who referred to the Chief Minister as ‘Didi’, insisted that the BJP could win in Bengal if elections were ‘fair’.

True, the TMC had resorted to foul means some times to cement its poll victories, but its dominance in recent elections  in the  last one year  indicated its big lead over other parties. BJP is losing its   base in North Bengal districts, its so called stronghold while the CPI(M) was swept away by TMC in its last  bastion in the state Siliguri municipal board. The erosion of both the BJP and the CPI(M)  in their respective bases is continuing despite all the scams related to some of the TMC leaders..

The present decline of the BJP was more attributable to the weakness/ineptness within its own state organisation, which led to an erosion of the state-wide support, the lack of coordination between state and central units, the failure of the central leaders to provide much needed guidance and effective support to the state unit. Major infighting among state leaders coupled with an absence of minimal party discipline added to its woes.

TMC’s trump card is Mamata and she is still invincible taking into account her command over her support base. The latest SSC scam is of bigger dimension compared to the earlier ones. To what extent, the main political rival of the TMC, BJP can exploit this to their political advantage, is to seen. (IPA Service)