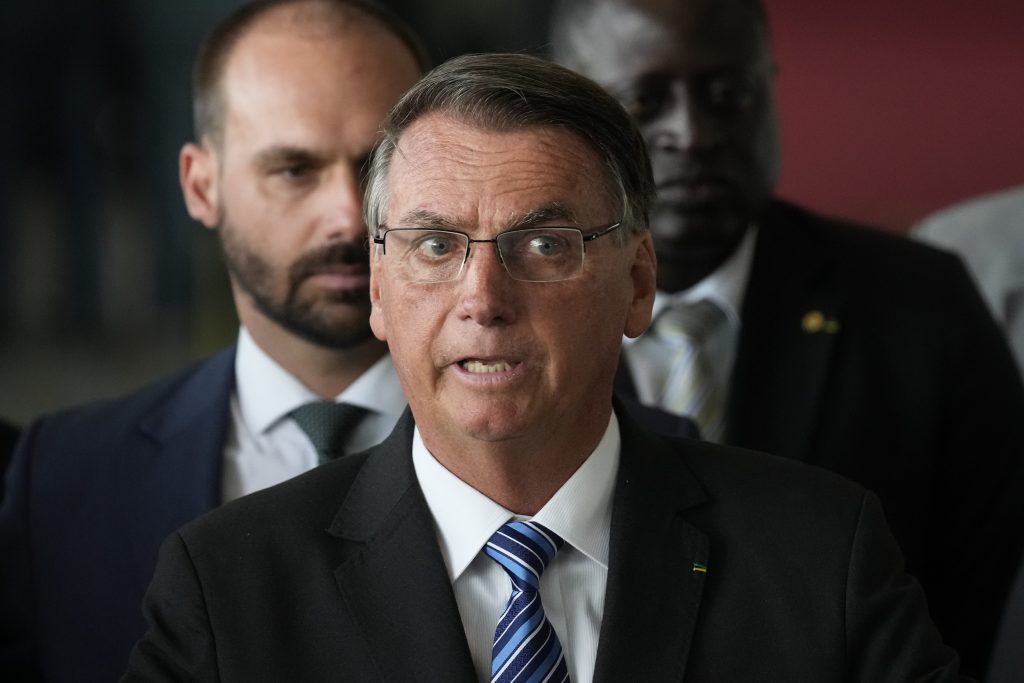 Former US president Donald Trump and sitting Brazilian president Jair Bolsonaro have a lot in common: they’re both right-wing provocateurs with a penchant for stoking hatred and enacting cruel policies. They also both happen to be sore losers who can’t admit when they’ve lost an election.

Last week, Jair Bolsonaro broke his long silence following his loss to Lula da Silva with an official complaint to the Brazilian Superior Electoral Tribunal, the country’s highest court on electoral law. The lame-duck president informed the court that a company he’d contracted to investigate the country’s election machines found a bug in the machines that rendered the election invalid, claiming the machines incorrectly attributed millions of votes in his favor to Lula, and that therefore he actually won the October 30 runoff.

Was this claim a surprise? Yes and no. No, because Bolsonaro had been laying the groundwork to contest his reelection for years, long before the election cycle began and even before it was confirmed that Lula would be his opponent. Yes, because since his loss to Lula last month, Bolsonaro has been unusually quiet, not posting on social media or appearing in public. Until last week’s legal challenge, the last word from the president was that, though he did not acknowledge Lula’s victory, he would comply with his “constitutional” obligations and go through with the presidential transition.

Bolsonaro’s supporters have had different ideas. They’ve spent the last several weeks mobilizing in his favor or in some cases directly requesting that the military intervene to stop Lula’s inauguration. They’ve blockaded roads and highways, leaped on the engines of passing semitrucks, and theatrically prayed outside Brazilian military installations for them to step in. Much to the regret of the Brazilian right, the military leadership has shown no interest in staging such a coup.

The response to Bolsonaro’s electoral challenge was swift and decisive, as the Electoral Tribunal wasted no time in denying his claim. It argued that the bug Bolsonaro’s chosen watchdog company found is real but that it only affected the oldest generation of voting machines in the country and did nothing to change the results of the election. According to the tribunal, this election was as free and fair as any that Brazil has had since it transitioned back to democracy. Defeated again, Bolsonaro has returned to relative silence.

Even worse for Bolsonaro, his biggest remaining ally in the military and government of Brazil is now being criminally charged. Silvinei Vasques, the leader of the militarized Federal Highway Police (PRF), stands accused of malfeasance for using his office’s Twitter page to endorse Bolsonaro and request that people vote for him. Vasques also knowingly violated a court order from the Electoral Tribunal the day before the Brazilian election, going ahead with a plan to close down several major highways and other roads and stop buses in areas populated predominantly by Lula supporters. These roadblocks were largely dismantled by the end of Election Day, and the Electoral Tribunal decided that they didn’t adversely impact the election’s outcome — a decision borne out by the fact that the blockades obviously failed to achieve their goal of preventing Lula’s victory.

You might be tempted to see both these stories — the failure of Bolsonaro’s appeal and the prosecution of his ally — as victories for the Brazilian left and for democracy. There’s some truth to that. But in just one month, the sitting Brazilian president has twice attempted to prevent the winning candidate from taking office, first with the passive coup attempted by Vasques and then with his false changes of electoral fraud. As Bolsonaro runs out of time in office (Lula’s inauguration is January 1), the incumbent president and his allies are likely to become even more desperate.

The parallels between Bolsonaro’s behaviour and Trump’s are striking and clear, and not just because the two are open allies and collaborators. Both lost democratic elections and have tried legal and extralegal strategies to hang on to power. Both seem to have been legitimately thrown off balance by their losses, unsure how to move on now that their aura of invincibility has been dispelled. And both are unsure how they should handle their bases, which are zealous almost to the point of becoming liabilities rather than assets. As the dust settles on both the Brazilian and US right wing in the wake of their leaders’ defeat, it’s entirely possible that the more radical and theatrical of each candidates’ supporters might end up outside the mainstream again.

If we follow these comparisons to their logical conclusions, we should admit that Bolsonaro probably isn’t out for the count. He has another month in office, millions of supporters, and the knowledge that when he leaves office he’ll face exactly the kind of legal troubles that are now falling on Trump’s head, and likely faster and more severely.

Since his loss means that, for the first time in his adult life, Bolsonaro won’t have the immunity from prosecution that Brazil grants politicians, this could be a disaster for the rightwing leader. Given what he and his supporters have already tried, there’s no reason to believe any tactic, including widespread violence, is off the table. The Left in Brazil and elsewhere needs to be ready to fight him as he uses his remaining power to stop Lula by any means at his disposal. Thanks to pressure from Bernie Sanders and others, the US government did the right thing immediately after the election in declaring Lula the rightful victor. We need to be ready to call on U.S. government again to condemn any attempt by Bolsonaro to extend his term. (IPA Service)