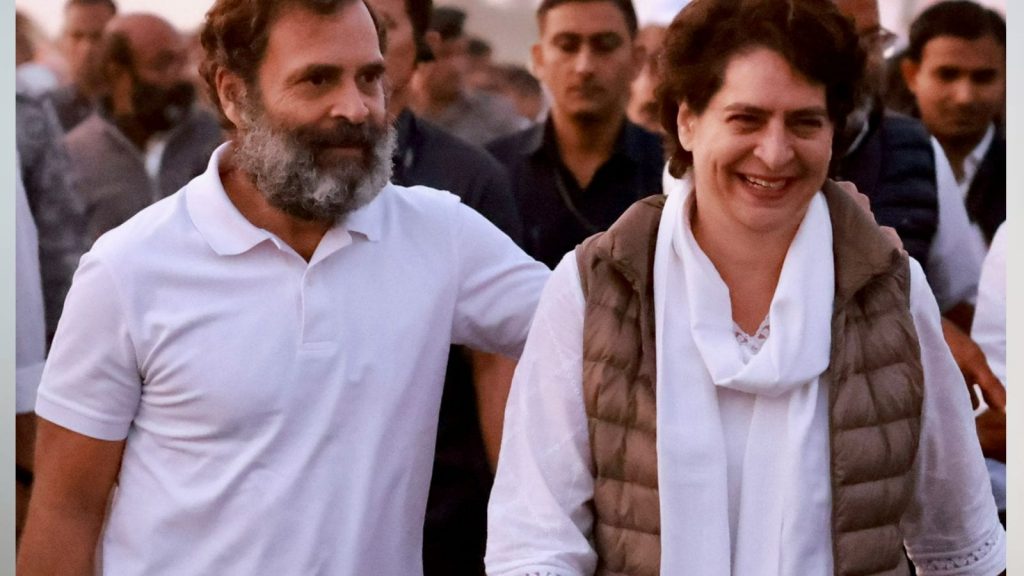 After the ongoing Bharat Jodo Yatra, an apparent ‘Mahila Jodo Yatra’ by the Congress is on the cards. Party sources say that the plan is to reach out to women voters ahead of the 2024 Lok Sabha polls.

While the average turnout of women voters during the 2019 elections went up to about 68%, the figure was close to 64% for men. Election results in Uttar Pradesh, Bihar, Goa, and Uttarakhand among other places showed that it was the women’s vote that swung the outcome towards the Bharatiya Janata Party. This is why Prime Minister Narendra Modi and the BJP have been stressing on women’s empowerment.

The Congress has prided itself on being a party that is pro-women. It was headed by a woman for over two decades and has also pushed for the passage of the women’s reservation bill in the Rajya Sabha. But clearly, the party doesn’t want to stop at this. So, it plans to use its Priyanka Gandhi Vadra card to win over women.

It tried this in UP with little success, but in Himachal Pradesh it is hopeful.

With the yatra ending by Republic Day, it plans to start a similar two-month-long ‘Haath Se Haath Jodo’ campaign from around January 26 to March 26, doubling down on the message of unity from the Bharat Jodo Yatra and taking it to every village panchayat, district, and state across the country through targeted programmes. Here it plans to distribute a letter by Rahul Gandhi, explaining the purpose of his Bharat Jodo Yatra.

Incidentally, Rahul during his yatra has been accusing the BJP and the RSS of ignoring the invocations of ‘Hey Ram’ and ‘Jai Siyaram’, which acknowledges both Lord Ram and Goddess Sita, instead of ‘Jai Shri Ram’.

“They never say Jai Siyaram. Sita has been removed. And they never chant Hey Ram as they do not believe in the ideals of Lord Ram,” he said on Monday.

The lead for this new yatra will be taken by many Congress leaders, but Priyanka will be the focus. She will lead mahila morchas in every state and also release women’s manifestoes according to local needs.

Sources say the Congress wants to make up for the loss of a woman president by focusing on better use of the Mahila Congress and the star power of Priyanka.