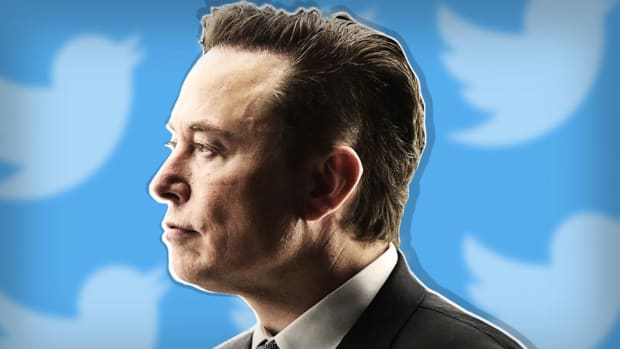 Elon Musk made everyone sit up and take notice of what he is talking about – buying Twitter for $43 billion, all in cash! With a net worth of approximately $225 billion, Musk is the richest person on the planet. The price he is ready to pay in cash for Twitter is enough to pay up 80% of Sri Lanka’s debt and can bring it back to peace, if not prosperity. But Musk is not interested in the 65,000 sq-km islands in the Indian Ocean inhabiting 22 million people. He is interested in a virtual social media platform consisting of about 500 million users.

Twitter’s revenue for the quarter ending December 31, 2021, was $1.57 billion, 21% up year-over-year. The revenue for the twelve months ending December 31 was $5.07 billion, 36% up year-on-year. Twitter’s latest market capitalization is $36.99 compared to Facebook’s $124 billion, Instagram’s $100 billion, and Meta’s (which combines Facebook, Instagram, and WhatsApp) over $600 billion. At one point in time, Meta’s market capitalization was close to a trillion dollars.

Then, why does Twitter is having such a low market cap despite being the platform of all the presidents, prime ministers, and other mighty and glamorous people of the world?

That’s exactly what Musk’s arguments are. He says that Twitter is far from being fully utilized, tapped, or monetized. Echoing Musk’s take, former CEO and co-founder Jack Dorsey who has about 2.25% shares in the social media platform on Tuesday said that the Twitter’s Board is the dysfunction of the company. Musk says Twitter can do better as a private company and the Twitter Board is unjustified in denying ordinary investors a handsome gain by accepting the deal offered by him. Musk bought a little over 9% shares about a week ago before making the offer to buy out 100% shares at about 34% higher than the market price per share.

Musk’s takeover bid of Twitter set off a lively debate among the technology titans around the globe. To avoid a hostile bid by Musk, Twitter’s board set up what is called a “shareholder rights plan”, also known as the “poison pill”. Through this, the Board can issue new shares that existing shareholders can buy at discounted prices, making it impossible for an investor to gather a controlling stake in the company.

While Musk’s offer to acquire Twitter and Twitter Board’s response to ensure that he doesn’t forcibly remove the Board by buying majority shares from the market has brought the focus on Twitter’s potential on the one hand and the Twitter Board’s dysfunction or vested interest on the other hand.

Changpeng Zhao, Founder and CEO of the world’s largest Crypto Exchange Binance who is also the 11th richest person with about $96 billion in net worth, commented on the hostile bid for Twitter, saying there is more to it than meets the eyes. Vitalik Buterine, Co-founder and CEO of the Ethereum network which anchors over half of the blockchain industry, also made his mind public on the topic. Giving the example of an ethically-challenged foreign government doing it, he said the trend of the hostile takeover of social media platforms can be extremely worrying. The point he was making is that all of us want social media to be objective, and not favour any particular interest. But does that happen in reality? When 500 million tweets are sent every day, does the system have the capability to ensure that it’s not used by unwanted elements?

In some famous examples, US President Donald Trump’s account was permanently suspended sometime after he left office. Similarly, Indian film actor Kangana Ranaut’s account was permanently suspended for her publicity stunts at the expense of others. Anyone who uses social media would know that these platforms are used by more nefarious elements than these two loudmouths.

Musk’s bid for Twitter made other technology billionaires come forward and make a team with him in his attempt to transform Twitter int o an even greater and more profitable platform. Sam Bankman-Fried (SBF), CEO of US-based crypto exchange FTX, offered to come on board to help Musk make Twitter a decentralized and on-chain social media platform. Charles Hoskinson, Founder of the seventh-largest cryptocurrency Cardano, with $31 billion in market capitalization, offered Musk his help to create an altogether new, and decentralized, social media platform with all the features of Twitter plus some more.

Decentralized and on-chain networks are Web3.0 concepts where the user not only creates the content but also owns it. Twitter like all other social media is a Web2.0 concept where users can create content, an upgrade on Web1.0 where the content was always coming from the owners of the websites.

Given Musk’s interest and stake in the blockchain industry, it’s not hard to assume that he wants to transform Twitter into a Web3.0 and metaverse platform where users can own the tweets they post. In this case, others may not have access, for example, to your tweets unless you grant them the right. There is a continuous spurt of innovations in Web3.0 and metaverse – an exclusive digital world with links to more such exclusive digital worlds, accessible only by paying through digital coins or cryptocurrencies, which you can buy with fiat money such as dollars or Indian rupees.

There is a huge scope for making money in this emerging technology! This is what makes Musk go all out in his bid for Twitter. (IPA Service)