Congress Party Is Facing A Major Credibility Crisis In Assam 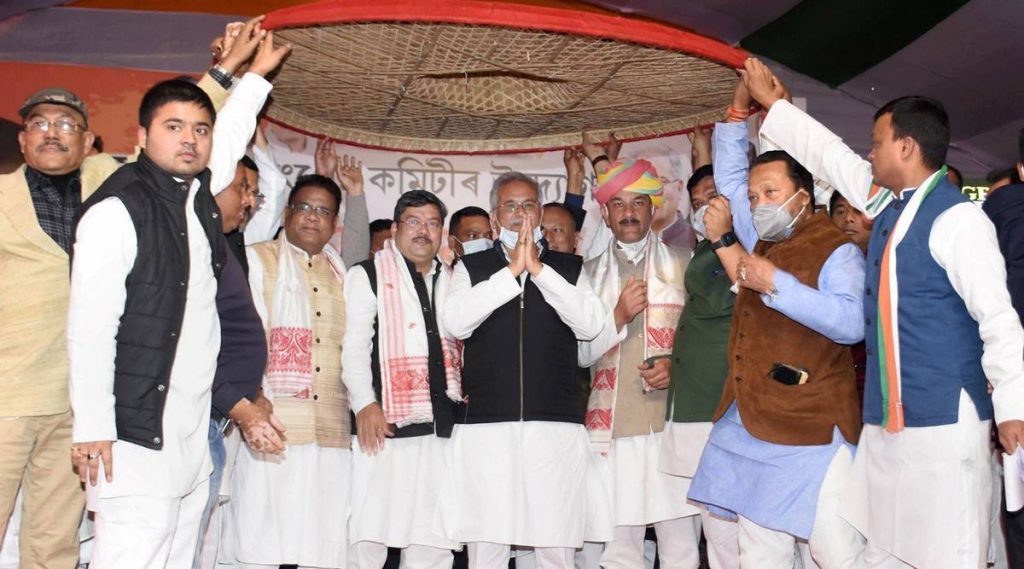 The main Opposition party in the northeastern state of Assam, the Congress, is going through a crisis. Many party leaders see no hope in the grand old party, which was once the dominant party in the state. They are now looking for greener pastures in other parties. The exit of Ripun Bora, the former state Congress president, from the Congress to join the Trinamool Congress, almost a non-existential player in the state, is just an outcome of the churning going on inside the grand old party.

Ripun Bora isn’t the first senior Congress leader to quit the party. Last year, Sushmita Dev, who was the prominent woman face of the party, also left the grand old party to join Mamata Banerjee’s TMC. Apart from them, Rupjyoti Kurmi from the Upper Assam region left the party to join the ruling BJP. Last month in the Rajya Sabha Polls, the Congress lost the seat it had contested. The combined Opposition had the numbers and the Congress had expected to win the seat. But the party failed due to internal infighting and also its growing distance from former allies, Badruddin Ajmal’s All India United Democratic Front and Bodoland People’s Front, which now extends support to the state government of BJP led NDA. Interestingly, Ripun Bora was the party’s candidate for the Upper House. Due to this defeat, the grand old party no longer has any representative in the Rajya Sabha.

Ripun Bora’s exit is likely to harm the party’s image, but the most potential damage the party got was the exit of Rupjyoti Kurmi, who was the party’s face among the tea tribes. Last year, when senior leaders like Ripun lost their seats, Kurmi won from the Mariani assembly seat for the fourth consecutive time. Although Kurmi’s exit wasn’t discussed much outside Assam like the exits of Sushmita or Ripun, his exit was one of the most important losses the grand old party suffered — and it was the BJP that gained from this.

True that Ripun Bora was a senior leader of the Congress. At the same time, it is also a fact that he lost the Gohpur assembly seat of the Sonitpur district to BJP’s Utpal Borah in the last year’s assembly polls. He was then the president of the state unit and was also one of the main brains for forging the Grand Alliance, which included AIUDF, BPF and the three Communist parties — CPI, CPI(M) and CPI(ML)(L) — and some small community-based parties. And it was this decision of the Congress to ally with AIUDF, a party viewed by the Assamese people as a communal party, that cost it heavily. The party almost got wiped out in the Upper Assam region. In other Assamese dominated areas also, the party performed badly.

No doubt that Sushmita is a young leader but she left the Congress when she was no longer a member of the Silchar Lok Sabha seat, her family bastion. The seat falls in the Barak Valley region, a region divided between Bengali Hindus and Bengali Muslims. A large section of the Bengali Hindus are currently the supporters of the saffron party while Bengali Muslims are divided between Congress and AIUDF. Although in recent times there has been an increase in support for the grand old party among the Bengali Muslims. TMC hasn’t yet made any significant gains in the region, despite Sushmita becoming the face of the party. So what Ripun Bora brings to the table of TMC is a big question. For now, at least one can say that TMC is trying to get the vote bank of the Congress and by inducting Bora, the party is trying to get a foothold among the Assamese community. How things unfold in the future for TMC in the state remains to be seen in this northeastern state.

Coming back to the situation of the Congress, it is a fact that the grand old party failed to reorient itself and present itself as an alternative against the BJP. For the party, the defeat of the BJP was the utmost priority. Blinded by the idea to anyhow defeat the BJP, Congress allied with a party like AIUDF only to consolidate the Muslims of the state.  In doing so, the grand old party didn’t bother to understand the sentiments of the Hindu Assamese community and also the tribals, mostly Hindus.

Even now the Congress is confused about its relation with AIUDF. Last year, the party severed ties with Ajmal’s party only to come into an understanding with the latter for the Rajya Sabha polls. But here too, the Congress lost because its candidate Ripun Bora failed to get not only the votes of all Congress MLAs but also the votes of all the AIUDF MLAs. Now, again Congress is busy attacking Ajmal and his party.

The Congress is in a declining state in its former bastion — and for this crisis, the grand old party has to only blame itself. However, it seems that the party isn’t bothered about this and is still busy attacking the BJP only, instead of putting its own house in order. (IPA Service)