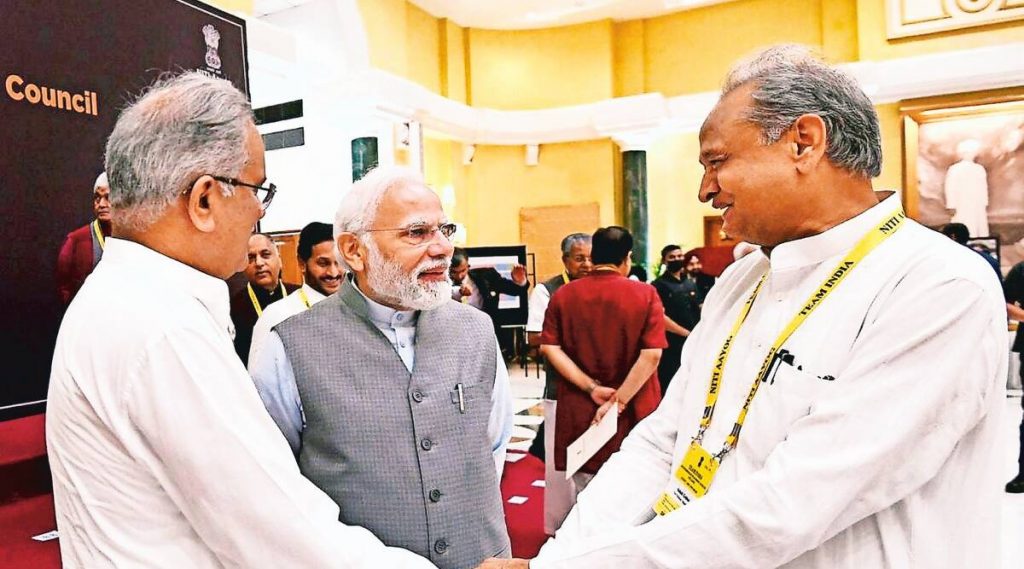 Come Wednesday, Congress leaders in West Bengal will step out on a march of Bharat Jodo Yatra whose success hinges on the participation of Left party activists in it. The fact stares the state Congress leadership in the face that the numbers lie with the Left, no matter if the state leadership seeks to overlook it.

Electoral alliance with the Left helped state Congress reap rich electoral dividend in the previous years. The same cannot be said about the Left Front as more Congress nominees were elected than Left Front candidates following this electoral tie-up in 2016 assembly elections. .

It is a clear pointer to the steady erosion in Congress support base ever since floating of Trinamool Congress. Such was high level of political enmity between the Left read CPI(M) and Trinamool that the ranks of TMC never swelled at the cost of the Left though it has been a different story post 2011 when a resurgent Trinamool replaced the Left as the ruling dispensation.

An overwhelming presence in West Bengal notwithstanding, Trinamool is yet to challenge the BJP as the principal Opposition party at the national level. The honour lies with the Congress till date.

The Left, on the other hand, has started picking up the pieces in West Bengal. More processions and stay-in demonstrations than Congress are being organised by the CPI(M) in support of those seeking jobs and also for teaching job nominees deprived in the cash for jobs scam.

In fact, CPI(M) Rajya Sabha MP and senior advocate, Bikas Ranjan Bhattacharya has been at the forefront in pleading the cause of the teaching job nominees deprived in the scam. Other counsels taking up similar litigation are known to nurse sympathy for the Left.

The cash for jobs scam has cut across the urban rural divide. So has the support for the ideology of the men trying to pin down the scam culprits in court.

The sudden shooting up of support for the Left has been noticed and taken note of in the most unlikely quarters. Things have came to such a pass that West Bengal BJP leaders have been chided by the spurt in agitation by the Left which far outnumber the stirs by the saffron camp activists.

West Bengal BJP leaders were at a loss for words at the Union home minister’s reprimand. Though Congress remains the biggest political outfit in the Lok Sabha, Shah chose to ignore it owing to its political irrelevance in West Bengal.

Small wonder, the Congress badly needs the foot falls of Left activists in its march for national integration through West Bengal whose voters have supported the TMC and BJP nominees in 2021 Assembly elections. Not a single Congress legislator has been elected to the state Assembly. Similar is the fate of the Left parties including the CPI(M) which lorded the state from 1977 to May 2011- nearly 34 years.

The Left Front shares this invidious distinction with Congress. But unlike Congress it is again displaying the signs of emerging as a political force to be reckoned with which even the Union home minister Amit Shah could not ignore.

The absence of Rahul Gandhi in the coming march through the state will be a big handicap for the Congress. For he remains a big draw in the state cutting across the political divide.

But the Gandhi scion has decided to give West Bengal a go by in his Bharat Jodo Yatra though it would have been politically significant if he had trudged from Sagar. Indeed had late Indira Gandhi’s grandson taken part in a march in which family members of Chitta Ranjan Das, Subhas Chandra Bose both colleagues of his great grandfather Jawaharlal Nehru and Siddhartha Shankar Ray who had once been close to his grandmother have been invited, he would have gained marked political mileage as these personages who besides being legendary Congress leaders are icons in this state.

The odds are stacked heavily against the West Bengal Congress. It remains to be seen if it can push the envelope with Left cooperation. (IPA Service)

Grinding India: Bilawal Is Certainly Partisan But The Issues Are Worrying Other Nations Too