Grinding India: Bilawal Is Certainly Partisan But The Issues Are Worrying Other Nations Too 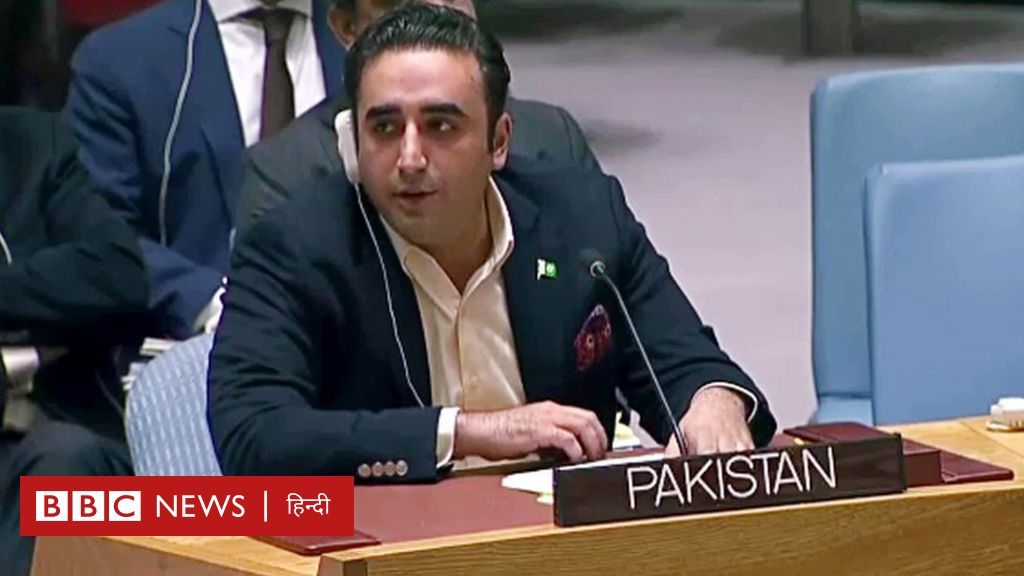 The bad blood between India and Pakistan keeps boiling Cross-castigation between the two neighbouring countries seems unprecedentedly virulent since the ascendancy of the multi-party coalition government led by Pakistan’s present premier Mian Prime Minister Shahbaz Sharif of the Pakistan Muslim League (Nawaz)” .Pungently shot back Bilawal, “I would like to remind Jaishankar that Osama bin Laden is dead, but the butcher of Gujarat lives , and he is the prime minister ( of India) “, pooh-pooing exoneration of. Modi by the Supreme Court of India in the case linked to the 2002 Gujarat Riot that killed 2000-pluspeople in three days.

Islamabad did not stop at Bilawal’s accusation at international press briefing at the United Nations shortly after Jaishankar’s scathing remarks about Pakistan. Shortly thereafter, Pakistan FA Ministry spokesperson Mumtaz Zahra Baloch in a statement stepped up the diplomatic offensive “No verbosity can hide the crimes of the ‘Saffron terrorists’“ in India . Hindutva, the political ideology of the ruling party, has given rise to a climate of hate, divisiveness and impunity.”

Pakistan alleged, “the masterminds of the Gujarat massacre have escaped justice and now hold key government positions in India”. Casting aspersion on India that the “culture of impunity is now deeply embedded in Hindutva-driven party in India “the Pak statement said” The acquittal of the mastermind and perpetrators of the heinous attack on Delhi-Lahore Samjhota Express, that killed 40 Pakistani nationals on Indian soil , demonstrates the massacre of justice under the RSS-BJP dispensation intimidation and demonization of religious minorities receives official patronage in states across India. Hindutva supremacists have been unleashed to exercise cow vigilantism, ransack places of worships and attack religious congregations.”

But is Pakistan an exception in browbeating India on the issue of human rights of the Muslims residing in India? What has been going on in official debates in the British Parliament on the issue of Human Rights situation in India? The British lawmakers’ statements in the House of Lords debate this September only, were not devoid of personal attacks on PM Modi and no less piercing and sharp besides castigating India for alleged failure to protect human rights of the Muslims and other minorities in India.

“You would not think from the report (Parliament’s International Agreements Committee’s 6th Report on UK-India Free Trade Agreement) that the present Prime Minister of India was forbidden from coming to Britain and denied a visa for many years, and this was lifted only when the Cameron Government decided that they might make some money there. Frankly, if you look at the state of India today and the tensions between the Hindu and the Muslim communities, you cannot honestly say that they pass the human rights test. You cannot honestly look at them and say “This is a state that conforms to the human rights that we in Britain expect’, asserted Lord Richard Andrew Balfe, member of the Ruling Conservative party in the House of Lords.

Referring to Amartya Sen’s book The Argumentative Indian that dealt with long tradition of public debate and intellectual pluralism in India, Lord Richard Harries said that “over the past few years, India has joined the growing list of countries that have combined an increasingly autocratic rule, an appeal to a narrow nationalism and a denial of fundamental human rights.”Participating in Parliament’s Grand Committee’s hybrid proceeding on “Human Rights Situation in India” last year Lord Harries observed: “A no less serious cause for concern is the position of Muslims. There are some 200 million Muslims in India– about 14% of the population. One recent survey revealed that 35% of Muslims in north-east India said that they had experienced discrimination over the past year and were now adopting a survival strategy in the realization that an anti-Muslim Hindutva policy was now the dominant narrative.”

Referring tothe UNHCHR’s observation that the proposed Citizenship (Amendment) Act is “fundamentally discriminatory in nature “and that USCIRF is deeply “troubled” by the Act , Lord Qurban Hussain, member of the Liberal Party observed that “ the CAA provides citizenship to religious minorities, excludes Muslims , the largest religious minority in India . Furthermore, millions of people, most of them Muslims, are being put at risk of becoming stateless by the enforcement of the most controversial National Register of Citizens. This could potentially create another Rohingya-like situation”. Expressing grave concern he pleaded to his country’s Foreign Commonwealth and Development minister to ask the Indian government to “withdraw the most controversial” CAA and NRC to “prevent another human catastrophe.”

Tuning on scathing criticism of Modi the Earl of Sandwich of the Crossbench (NAME said that Indian Government should “face up to their own constitution, reassure Muslims and counter prejudice. But that would not fit in with the history of Prime Minister Modi, a member of the RSS who left a trail of persecution when he was Chief Minister of Gujarat back in 2002. He was widely accused of condoning the violence in Ahmedabad which left over 1000 dead, on a conservative estimate, although he was personally acquitted by India’s Supreme Court”. The Earl of Sandwich has not spared the non-BJP parties as well. “I am sorry about the feebleness of the opposition – Congress and the smaller parties – which ought to be able to stand up to the Prime Minister, but I am sad above all about the treatment of Muslims.”

Barring occasional spring-ups of protests strong or conventional -is India in general taciturn about such a critical and crucial issue as human rights involving Muslims? Claims Lord Bhikhu Parekh of the Labour Party: “Religious minorities enjoy far better rights in India than elsewhere. They enjoy religious freedom and the right to set educational and constitutional institutions, and are governed by their own personal laws.”

“Obviously, in a country with a population of 1.4 billion, incidents are bound to occur when minorities—and even majorities—feel oppressed or treated unjustly. The task is not to exaggerate those incidents but to ask whether the system has the robustness to deal with such situations. The Indian institutions—the Supreme Court and others—have robust capacity to deal with these situations.”Possibly Lord Parekh speaks the mind of the Indian Government. That is a welcome development for our foreign ministry. But the concerns of minorities have to be tackled with honesty. Pakistan is not the problem, the issue is misgivings by other democratic nations on the latest developments in India. (IPA Service)