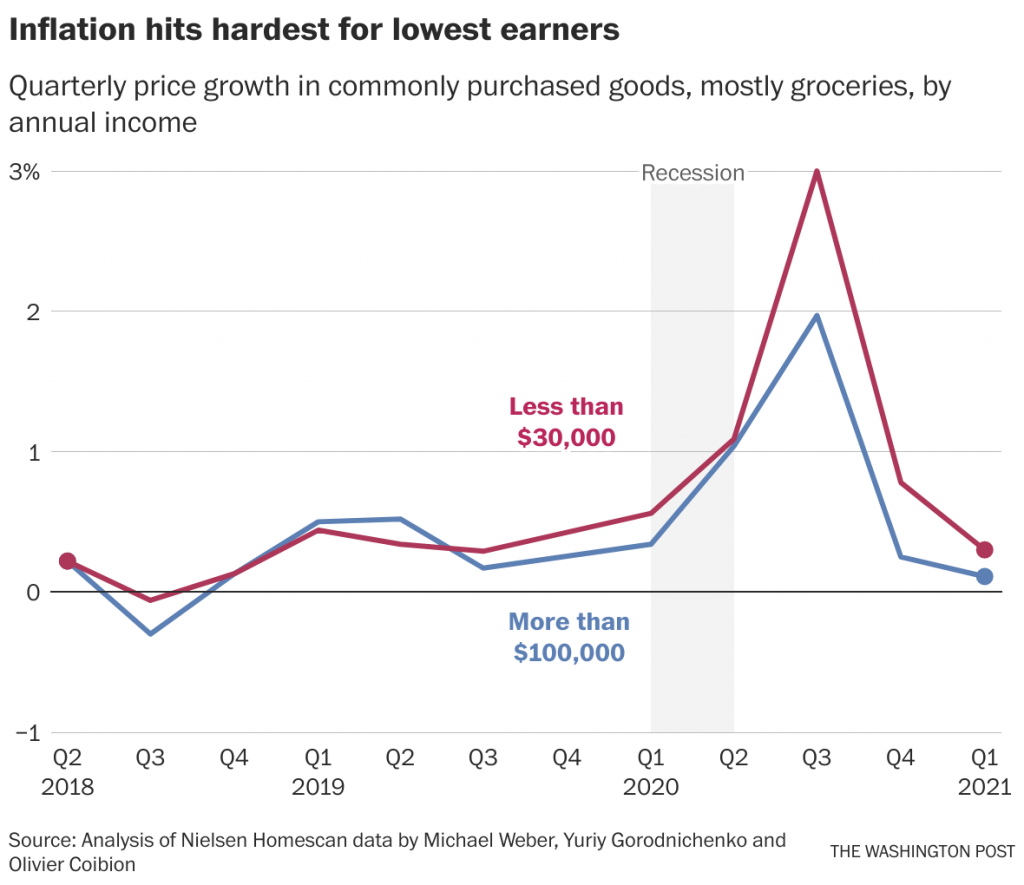 The Consumer Price Index (General) measuring retail headline inflation shows a year on year growth of 7.8 per cent in the month of April 2022, which is the highest in the past eight years. Actually, the CPI (General) was higher than 6 per cent in the month of May and June last year and then the prices seem to moderate till September 2021. Since then, there has been a sharp rise in prices reaching close to 8 per cent in April this year. It is also important that core inflation which excludes food group and fuel and clothing also reached 7 per cent year on year growth in April 2022.

The recent spike in retail inflation is primarily driven by food inflation and the food and beverages group accounts for 45.9 per cent of an average Indian consumption basket. Hence food inflation has a very high incidence on consumption expenditure. But, besides the food group steep rise in prices has been recorded in some other components of the consumption basket, such as clothing and footwear and fuel and light. Clothing and footwear prices show a rise of about 9.85 per cent in April 2022, on a year on year basis and in the case of fuel and light, the price increase in April 2022 was 10.8 per cent. In spite of the fact that the weight of these products is between 6to 7 per cent in the consumption basket but a steep rise in prices particularly of fuel has impacted heavily on the consumption patterns of working people at large.

The episodic rise in the consumer price index from April 2019 with the base year 2012. The dashed line indicates CPI general which reached 7.9 per cent in April 2022. The CPI food inflation line shows that it reached as high as 12.16 percent in December 2019, it came down but continued to remain at more than 8 per cent till November 2020. This was primarily because of the supply bottlenecks caused due to lockdown during the Covid 19 pandemic. As situations eased out over time, food inflation moderated to 2.67 per cent in January 2021 and further lowered to1.61 per cent in September 2021.

Since then there has been a steep rise in prices of food crossing the 8 per cent mark once again in April 2022. In the case of India since the consumption basket considered relevant for agricultural workers and industrial workers widely differs from the consumption basket of that average Indians as they are restricted to more basic items, generally speaking, the inflation rate for these baskets used to be relatively low. But recent figures suggest that the consumer price index for agricultural workers CPI (AL) and that of industrial workers CPI (IW)have also recorded a considerable increase. Since October 2021, there has been a sharp rise in CPI (AL) crossing the 6 per cent mark in March 2022. For industrial workers, CPI(IW) remained steadily higher than 5 per cent for most of the months in the period April 2021 to April 2022. These are the vast sections of the population who hardly get any revision of their wages based on the price index.

The index numbers of different food items that constitute the food and beverage group of the consumer price index over a period last one year that is April 2021-April 2022. The base year for this index number is 2012=100 which implies that if the price of a product was 100 rupees in 2012 what would be the price of the same product at subsequent points in time. For instance, if the price of a particular cereal was 100 rupees per kilogram in2012, it has increased to Rs 144.30 in April 2021 and further to Rs 152 .90 in April 2022.

From the above figures, it is clear that within the food group high pricewise is being recorded in cases of oil and fats, vegetables, spices and prepared food. Cereals, milk and milk products, fruits, sugar and confectionary and non-alcoholic beverages also show a significant increase in prices. In the past ten years the prices of meat and fish, oil and fats and prepared food, and spices almost doubled and that of cereals, milk, egg, fruits, pulses and non-alcoholic beverages increased by more than one and half times. One can easily realise that the wages and earnings of working people didn’t keep pace with the rise in prices. Moreover, estimated failure in the rabi wheat crop production is likely to push wheat prices up further.

The government has temporarily stopped wheat export to restrict the rise in prices, but already wheat and wheat flour prices are about 9.6 per cent higher compared to the previous year. High food inflation and particularly that of energy price may affect the prices of products within the core group that account for roughly 54 per cent of the average Indian consumption basket. Interestingly the price of Indian crude oil declined from 113.7 USD per barrel in March 2022 to 102.9 USD per barrel in April 2022 which is a decline of about 9.5 per cent but during the same period price index for fuel and light rose by 3.1 per cent, LPG prices rose by 4 per cent, kerosene (PDS) by 20 per cent and diesel by 10 per cent.

Since food-beverages and fuel and light together account for about 70 per cent of the consumption basket of the bottom 20 per cent and even higher for the poorest segment of the population it is they who are going to be the most affected by these high prices. The rich have larger savings, and a relatively low share of food in their consumption basket and also have larger shares of income from investments and assets, the returns to which can easily beat inflation, it is the wage earners who suffer the most in this high food and fuel prices. (IPA Service)