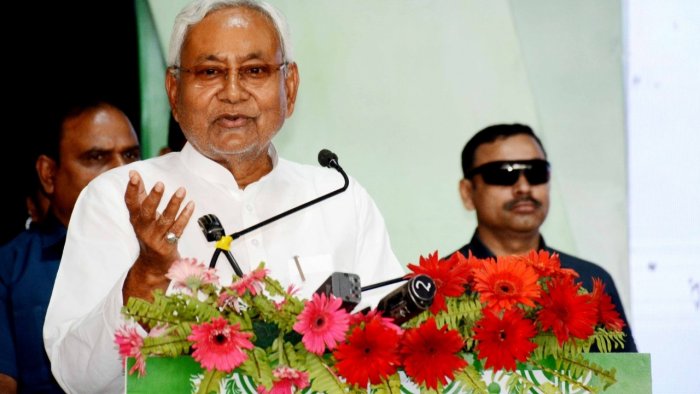 Bihar Chief Minister Nitish Kumar has called an all-party meeting in Patna, with an eye on getting the state cabinet’s nod to undertake a much-demanded caste census in the state. Union Parliamentary Affairs Minister Vijay Kumar Choudhary has said that the all-party meeting on the caste-based census in Bihar would be held on June 1. Commenting on the development, NCP president Sharad Pawar has said that while the Bihar chief minister Nitish Kumar, an ally of the BJP, has favoured the caste census, but the saffron outfit’s stand on the issue is widely different. On their part, the BJP leaders feel that the Bihar CM is using the caste census push as a bargaining tool. Nevertheless, BJP doesn’t want to oppose the move. The state BJP president has also come out with an unambiguous tweet stating that his party would be attending the meeting convened by the state government on June 1. However, the central BJP has always opposed a caste-based census, claiming it as divisive. Though BJP is a key partner in the JD(U)-led NDA alliance in the state, it now looks difficult for it to oppose Nitish Kumar’s idea of caste census, especially when the latter has the backing of the opposition RJD on the issue. The CM has recently had one-on-one meeting with the Bihar leader of Opposition Tejashwi Prasad Yadav. The caste census move is being seen as Nitish’s political game of chess.

A long-awaited cabinet reshuffle has been worrying the Karnataka CM Basavaraj Bommai. With more than a dozen aspirants disapproving each other to find a place in the list of new ministers, Bommai has no choice other than depending on the BJP high command. Meanwhile, the BJP central leadership’s decision to give BY Vijayendra, son of party veteran BS Yeddyurappa, a miss for the June 3 polls in seven MLC seats in Karnataka has triggered talks in the party circles about the strong influence of party general secretary, B L Santosh. In fact, a section of party leaders has ascribed the decision to drop Vijayendra from the candidates list to the longstanding rivalry between Yeddyurappa and Santosh.

CONGRESS’S RAJYA SABHA FORTUNES TO BE DETERMINED ON JUNE 10

The upcoming Rajya Sabha election on June 10 is an important litmus test for the bedraggled Congress party, since their recently-concluded Chintan Shivir Declaration in Udaipur. How it fares in the Upper House polls will tell if the grand old party can undergo the much-promised metamorphosis. The election for 57 Rajya Sabha seats, spanning 15 states, is extremely important, considering that it comes right ahead of the presidential election in July. The Congress is hoping to bag at least eight seats, including three from Rajasthan, two from Chhattisgarh, and one each from Madhya Pradesh, Karnataka and Haryana. The numbers could go up with another from Maharashtra, and the MK Stalin-led DMK ready to give it one berth from Tamil Nadu. In the same vein, Congress would be dependent on the benefaction of its allies in Bihar and Jharkhand to improve its RS tally by two more seats. Congress has 29 members and with nine of its members retiring this year, the way ahead looks precarious, to say the least. The tenures of political veterans like P Chidambaram and Jairam Ramesh are expiring and the challenge will be to balance the caste and regional equations. Jairam Ramesh is retiring from Karnataka and would be pitching for his return from the same state. A majority of Congress-watchers and old-timers say panel members, namely Ghulam Nabi Azad, Anand Sharma, Mukul Wasnik, Jairam Ramesh, P Chidambaram and Ajay Makan, are set to make it to the Upper House as a reward for loyalty and compromise. While another Dalit leader, Kumari Selja, will be expecting to be accommodated from Haryana in exchange for handing over the reins of state presidentship to Bhupinder Hooda. Congress may nominate Congress general secretary Avinash Pandey for Rajya Sabha from Jharkhand.

CONGRESSMEN STUNNED AT INCLUSION OF JITENDRA SINGH IN ELITE GROUP

Congress’s elite eight-member political affairs group, which includes leaders like Rahul Gandhi, Ghulam Nabi Azad, Anand Sharma, Digvijaya Singh and Mallikarjun Kharge, has been formulated by the party president Sonia Gandhi to guide and advise her on major political issues. However, controversially enough, this top-level group also includes the party functionary Jitendra Singh, who is its youngest member. The inclusion of 50-year-old Jitendra Singh in this top Congress panel may be a significant upgradation for him, but it has stunned everyone in the grand old party. Singh has always been an important and influential member of Team Rahul, and has had a meteoric rise in the Congress, as well as in the former UPA government. A member of the Congress Working Committee, the party’s top decision-making body, Singh is currently the All India Congress Committee (AICC) general secretary in charge of Assam. However, he has lost the Alwar Lok Sabha sea twice in a row, once in 2014 and then again in 2019. Meanwhile, Congress leaders and workers have been very annoyed at the way Jitendra Singh mishandled the assembly elections of Assam. They have also been disappointed with the Congress high command for making Jitendra Singh in-charge of Assam, who roped in a PR agency to manage the poll. He also fielded Rahul Gandhi and Priyanka Gandhi Vadra for the state campaign, but despite the presence of a large number of top-level leaders, the Congress could not do much in the state. The state leaders had put the blame squarely on Singh. They also pointed out that Singh had lost two consecutive Lok Sabha polls before getting the Assam assignment. Moreover, he was also in-charge of Odisha, where Congress failed to make any mark in either the Lok Sabha or the state Assembly elections. Now, senior Congress leaders are asking questions why Jitendra Singh is given a prominent place in every committee even when his performance is poor, whereas others are still waiting for their turn.

With former Union Minister Kapil Sibal resigning from the Congress and filing his nomination papers for Rajya Sabha as an independent candidate supported by the Samajwadi Party, an era comes to a bitter close. Sibal, who represents Uttar Pradesh in the Rajya Sabha and whose term ends in July, also said he had tendered (his) resignation from the Congress on May 16, and that he has long wanted to be an independent voice in the country. During his over three-decade association with the Congress, starting 1991, Sibal has been very close to some of the regional satraps, such as Lalu Prasad, Mulayam Singh Yadav and later his son Akhilesh Yadav. In the Congress, he has long been a part of the inner circle, having worked closely with late Ahmed Patel, signifying his proximity to Sonia Gandhi herself. He, however, could never establish a good working relationship with Rahul Gandhi. Having emerged as one of the most articulate internal critics of the Gandhis in the last two years, his eventual exit may not really bother them. In fact, some in the leadership are heaving a sigh of relief, at being spared of his frequent ironic and bitingly critical attacks. Sibal’s exit will, however, weaken the G23 and might strengthen the Gandhi hand further within the party. (IPA Service)