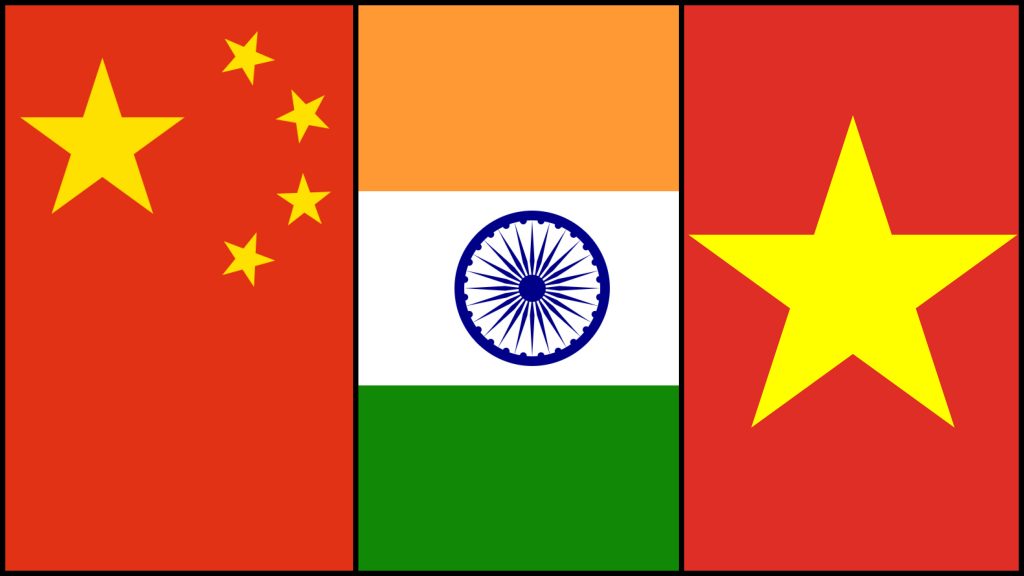 The recent disruptions in global supply chain, leading to China losing prominence, are prompting serious discussions on India’s dependency on China. Hitherto, notwithstanding political face-off, India’s rapid growth in electronic and electrical and pharmaceutical industries was largely dependent on China for supply chain. Given these and Russian invasion of Ukraine, which led to more than 5000 sanctions against Russia, unleashing collateral impact on China, new synergies have emerged for global supply chain.

There are two conflicting issues which raise concern on China dependency. First, China’s supply chain turned vulnerable with zero COVID strategy and second, China’s BRI project (Belt and Road Initiative) is losing significance with the withdrawal of several members from the project.

India is not participant in BRI. Eventually, China’s infrastructure connectivity projects with Chinese loan is unlikely to impact on India.

India’s dependence on China supply chain for electronic goods varied from 77 percent to 98 percent on parts of ICs, mobile phones, smart cards, sound recording and reproducing, solar cell/ photovoltaic. China’s dominance in the import of telecom and electronic products increased manifold after the Government initiated the Digital India programme in 2015. In pharmaceutical, almost 100 per cent APIs (Active Pharmaceutical Intermediates) are imported from China.

Against these backdrops, questions are being raised should India continue to depend on China for supply chain or divert to other nations, along with focusing on development of domestic supply chain.

It is argued that it is an uphill task to reduce China dependency but there is another viewpoint. With the launching of IPEF (Indo-Pacific Economic Framework), hopes were raised for potential alternatives to China. Excepting USA and India, all other members are from ASEAN as well as participants in China led RCEP. IPEF has strategic advantages over RCEP in terms of size of market and trajectory of trade pattern with India.

IPEF will edge China led RCEP in the Indo-Pacific region and outweigh India’s dependency on China with bigger market. First, IPEF accounts for bigger share in India’s total trade than RCEP. It was 29.7 percent in 2020-21, compared to 25.2 percent by RCEP. Secondly, while larger share of trade with IPEF was driven by India’s exports, trade with RCEP was import based. In 2020-21, IPEF accounted for 32.4 percent of India’s total export as compared to 22.7 percent of export to RCEP.

Conversely, RCEP accounted for larger share of 36.8 percent of India’s total imports as compared to 27.4 percent imports from IPEF. In case of IPEF, USA was the engine for export growth and in case of RCEP, China was the trigger for import surge. Third, RCEP connotes more risks for wider trade deficit than IPEF. Fourth, even though large number of IPEF members are from RCEP, they are engulfed with strategic concerns with China. For example, China’s activities in South China Sea are causing a major concern for Vietnam sovereignty.

Rise of Vietnam as an alternative to China for supply chain is a case in point. India’s imports of electronic and electrical goods from Vietnam increased three fold over a decade in between 2012-13 to 2020-21 and it has become the third biggest import source for electronic items after China and Hong Kong. Imports from Vietnam increased by over 175 per cent between 2012-13 to 2020-21, compared to 30 per cent from China over the same period. The ascendancy of Vietnam for an alternative supply chain was geared by ASEAN-India FTA in 2012-13.

Vietnam’s success as a major competitor to China was attributed by its development of supporting Industry. It is defined as a group of industries to supply manufactured inputs, which are mostly intermediate goods. There are factors which geared up Vietnam supporting Industry. First, most businesses in Vietnam are engaged in lower stage of value chain. Second, localization rate in Vietnam is 30 percent lower than China and India. In 2010, Vietnam was the net importer of supply chain in electronic and electrical goods. In 2020, it became the net exporter.

Similarly, PLI scheme (Production Linked Incentive) of India is an emerging new challenge for the growth of its domestic supply chain industry to outweigh China dependency. It provides 4 percent to 6 percent incentive on incremental sales for thirteen industries over a period of five years. India has decided to transform its manufacturing, advocating the nation to be global hub for value chain manufacturing. To this end, It focused on MSMEs to play greater role in the manufacturing dynamism

India has the advantages of becoming a potential platform for value chain manufacturing. It owes cheap and abundant labour. This was advocated by Professor Arvind Panagaria, saying “India is abundant in labour and assembly of products. It must specialize in these activities across a large number of products.”

Indo-Pacific region is the emerging power struggle centre between USA and China. In this new axis of global power struggle, India is in the threshold of becoming big power in the region. IPEF is not a traditional economic block with duty free movement of goods. It is positioned as economic alliance, mainly to counter China’s predominance in trade and political influences in Indo-Pacific region. (IPA Service)