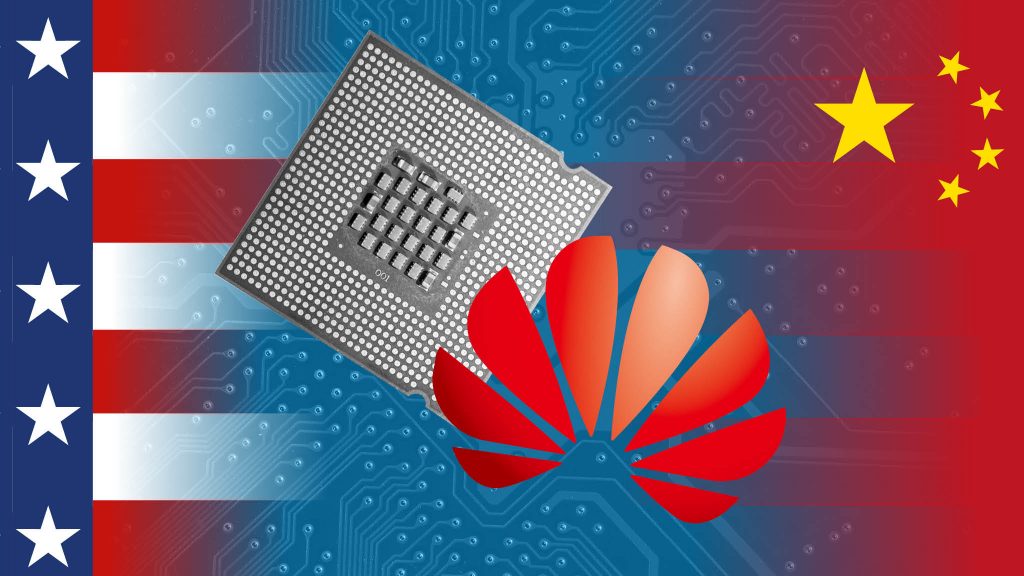 As the tension between the United States and China mounts as a fallout of Nancy Pelosi’s provocative Taiwan visit, the technology war between them is also taking a new turn. Both houses of Congress have approved the CHIPS and Science Act—a $280 billion plan to boost chip manufacturing in the United States. Currently, 75% of chip manufacturing is in East Asia, centred around Taiwan, South Korea and China. The United States aims to re-shore the semiconductor industry back to itself. It hopes to revive the fortunes of its chip manufacturers, like the once-upon-a-time king of chip-making Intel, currently fighting not to become another has-been like IBM.

While the plan offers carrots to the semiconductor industry, which some call “corporate handouts”, it comes with a substantial stick. Any company availing of the $52.7 billion subsidy to locate chip manufacturing in the United States is prohibited from expanding or upgrading advanced chip-making facilities in China. As a result, companies like Samsung and SK Hynix, two major chip manufacturers who have made substantial investments in China, will have to choose between walking away from their investments or not availing of the subsidy.

And China was not sitting on its hands, waiting for the United States to ratchet up sanctions on its high-tech ambitions. Recognising the semiconductor industry, particularly advanced chip-making, as a key area of struggle, it has significantly advanced its capabilities. Shanghai-based chip manufacturer SMIC released 7nm chips in the market twelve months back. Currently, only Taiwan’s TSMC and South Korea’s Samsung have succeeded in manufacturing 7-nm chips. Dylan Patel, a leading tech analyst, has written, “China’s SMIC is shipping a foundry process with commercially available chips in the open market which are more advanced than any American or European company…. The most advanced American or European foundry-produced chips are based on GlobalFoundries 12nm.” SMIC is the fifth-largest chip manufacturer.

The astonishing progress in the computational power of electronic chips comes from the ability to pack more and more components into a silicon chip. This is rooted in Moore’s Law, which has operated for five decades. A measure of the increased density of chip components is the reduction in the size of the transistors created within its silicon. Therefore, 14nm, 7nm, and 5nm indicate the extent of miniaturisation of components. They are also a measure of the density of devices on the chip: the higher the number of its components, the more computing power grows.

I have written earlier about chip manufacturing and the importance of tools, specifically the Extreme UV or EUV machines from ASML, a requisite to move beyond 14nm chips. It is not that older Deep Ultraviolet Lithography or DUV machines cannot create higher densities. But the productivity of a DUV machine to produce 10nm or 7nm chips is lower than when EUV technology is used. Going to 5nm or 3nm is impossible without EUV machines.

ASML in the Netherlands is the only manufacturer of EUV machines. The light source in its EUV machines—which create the patterns on chips—is made by an ASML-owned company, but which is American. Technically, that company falls under United States regulations. Though ASML was quite unhappy to lose a part of its China market, it has accepted it will not supply EUV machines to China. For now, it can continue supplying DUV machines to China, but this may also change in the future.

The United States had bought into the idea that without EUV machines, Chinese manufacturers would fail to produce chips below 14nm. The SMIC 7nm chip blows a big hole in this assumption.

DUV tools can pack a high degree of devices on a chip but require many more runs and more complex operations for results. That is how even lithographic machines meant for 28nm chips could produce 14nm chips. For some time, Intel and others have been trying to use DUV tech to create 10nm or 7nm chips. But SMIC is the first to have used DUV machines to create 7nm chips successfully.

It does not put SMIC in the same bracket as Taiwan’s TSMC or South Korea’s Samsung, which use EUV technology. Still, it puts SMIC ahead of the rest of the pack. It allows China to compete in the market for products that carry 7nm chips despite hundreds of its leading companies, including Huawei and SMIC, coming under United States sanctions. The United States’ interpretation of its powers is that if any company uses its technology, it must obey its sanctions regime under the US Foreign Direct Product Rule. That is why ASML machines have come under the United States sanctions regime, as have products manufactured using those machines. Because of the sanctions regime, TSMC or Samsung—who use ASML’s EUV machines—also cannot export any advanced chips to entities in China.

There is criticism that SMIC’s 7nm chip is only a copy of the TSMC chip and therefore not a major advance. It is indeed a simple chip meant for cryptocurrency mining, but according to TechInsights, its importance is that it is a stepping stone for a “true 7nm process”.

But where is China itself in manufacturing lithographic machines? It has had indigenous capability to make machines that manufacture chips for some time. Shanghai Micro Electronics Equipment or SMEE is the leading manufacturer. SMEE announced it would release its first 28nm DUV machine—which can be used to create 14nm chips—in 2022. As SMIC has shown, the machine can make 7nm chips. There is still no announcement from SMEE of a supply date for its DUV machine, but it would be crucial for China’s ability to set up large-scale local chip manufacturing units.

The bulk of the chip market is not for more advanced chips. According to a Boston Consulting Group-Semiconductor Industry Association (BCG-SIA) report published in late 2020, chips with less than 10nm density are only 2% of the market, though they are the most glamorous and figure in the latest laptops and mobile phones. The bulk of the market is of chips for which China already has the technology or can play catch up, thanks to continuing investments in both R&D and building entire supply chains, from chip fabrication units to DUV machines.

According to the BCG-SIA report, the smart way for the west to “combat” China would be to restrict sanctions to military tech and, from the profits from the rest, finance the R&D expenditure of their companies. Without these profits, American companies will not be able to fund their future development.

But with “politics in command” in the United States and bipartisan war hysteria being whipped up, the United States seems to prefer the carrot-and-stick approach: carrots for investing in local chip-making and the stick for any company setting up production in China. If the Covid-19 pandemic damaged the semiconductor supply chain, leading to a chip shortage in 2021, the supply chain shock of the future would be because of the United States sanctions regime. The other weakness of the United States’ strategy is the belief that it can restrict the trade war only to sectors with a technical edge. It leaves open the possibility of asymmetric responses from China. “May you live in interesting times” is supposedly a traditional Chinese curse. The world appears to be entering such a phase, starting with the US-China chip war. (IPA Service)