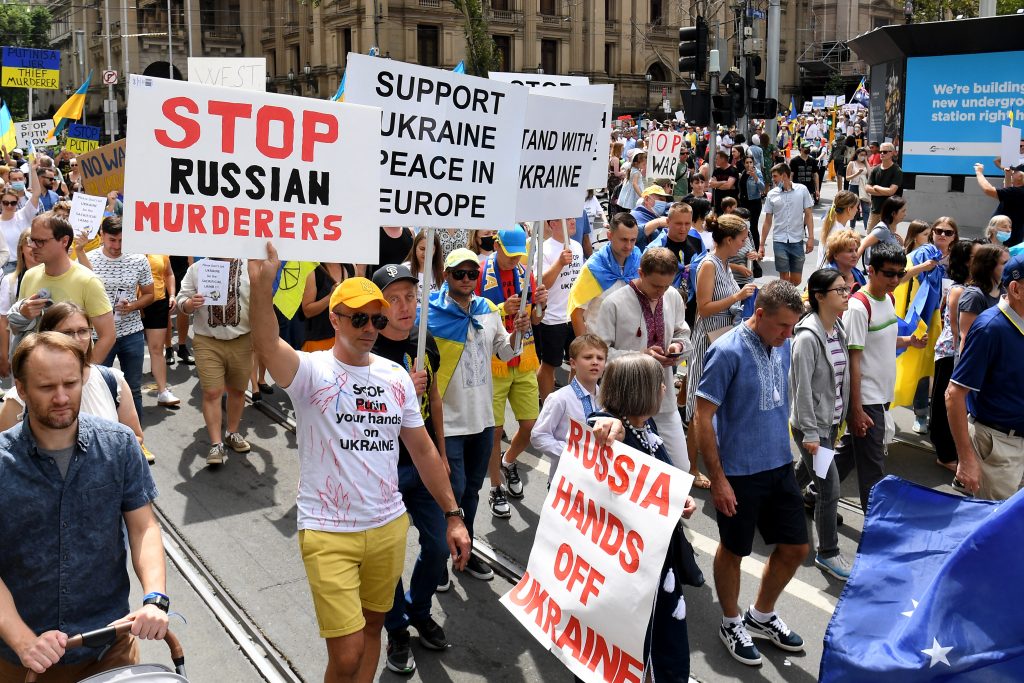 Russia’s suspension from the United Nations Human Rights Council was long overdue, even without the mass killing of innocent civilians in the Ukrainian town of Bucha. A country that poisons or otherwise does away with its critics at home and abroad and stifles freedom of the press, expression, and association should not qualify for a seat on the Council.

A quick look at current and past membership in the Council explains why the UN General Assembly vote to suspend Russia, like multiple aspects of the Ukraine war, raises the spectre of double standards.

China has brutally repressed its Turkic Muslim population in the north-western province of Xinjiang in an effort to Sinicise its ethnic and religious identity. China has also built a surveillance state in which free access to information and basic human rights are denied.

So has the UAE, whose opposition to political Islam persuaded it to help topple Egypt’s first and only democratically elected government and support devastating civil wars in Libya and Yemen.

Saudi Arabia was a Council member for the first five years of the kingdom’s military intervention in Yemen, which has sparked one of the world’s worst humanitarian crises in the Arab world’s poorest nation.

Saudi Arabia lost the vote in 2020 for another term, less because of the Yemen war and more due to the 2018 killing of Saudi journalist Jamal Khashoggi.

“The protracted conflict in Yemen has killed almost a quarter of a million people directly or indirectly due to inadequate food, health care, and infrastructure. It has included unlawful attack after unlawful attack, with homes, hospitals, schools, and bridges among the civilian objects that the warring parties have targeted,” said Human Rights Watch’s Yemen researcher Afrah Nasser.

Nasser blamed both protagonists in the war, the Saudi-led coalition and the Iranian-backed Houthi rebels.

Raising hopes for an end to the eight-year-long war, the warring partners agreed to a two-month ceasefire this week. However, those hopes were dampened by a Houthi refusal to engage with a newly created presidential council that was empowered by Yemen’s internationally recognised president, Abed Rabbo Mansour Hadi.

None of this, excuses or diminishes Russia’s actions.

However, the double standards exposed by Russia’s suspension in the Human Rights Council go beyond the question of whether the Council should have a fit-and-proper test analog to Britain’s assessment of candidate directors of the National Health Service Trust or prospective owners of clubs in its various football leagues.

The double standards also raise issues that go further than the difference between the reception granted by Europe and the United States to Ukrainian refugees as opposed to those fleeing wars in Syria, Libya, and Yemen or the Western country’s willingness to counter foreign occupation, as in the case of Morocco and the Western Sahara or Israel and Palestine.

The problem for the United States and Europe is that Ukraine has put their failure to address seemingly hypocritical double standards in the spotlight in ways that other conflicts have not.

The failure is likely to influence the broader battle for a new bi- or multipolar world order between the United States and China now that Russia has effectively removed itself from the equation.

The impact was already visible in a comparison of voting patterns in last month’s condemnation of the Russian invasion of Ukraine by the UN General Assembly and this month’s suspension of Russian membership in the Human Rights Council.

The assembly condemned the invasion, with 141 countries voting in favour, five against, and 35 abstaining. However, those numbers dropped to 93 in favour, 24 against, and  58 abstaining in the vote on the Council.

Underlying the contrast are both question marks about the process of suspending Russian membership as more fundamental differences over what constitutes a human right that has come to the fore with the rise of multiple civilisationalist world leaders.

Singapore, the only Southeast Asian nation to join the US and European sanctioning of Russia, abstained in the Council vote pending the results of an international commission of inquiry looking into human rights violations in Ukraine. Singapore said earlier that it had joined the sanctions to uphold the rule of law.

“We cannot accept the Russian government’s violation of the sovereignty and territorial integrity of another sovereign state. For a small state like Singapore, this is not a theoretical principle, but a dangerous precedent,” the Singapore foreign ministry said at the beginning of the Russian invasion.

Civlisationalist leaders, including the presidents of Russia and China, Vladimir Putin and Xi Jinping, and Indian and Hungarian prime ministers Narendra Modi and Victor Orban, think in terms of collective rather than individual rights; authoritarian if not autocratic rule; and civilizational rather than nationally defined external and/or internal boundaries.

The divide was evident with countries like China and, of course, Russia voting against suspension of Russia’s Human Rights Council membership and India abstaining. But, interestingly, widely viewed as Putin’s closest friend in Europe, Hungary voted in favour.

The spotlighting of the differences between democrats and civilisationalists puts a higher premium on consistency, integrity, and adherence to principle and raises the cost of maintaining double standards. (IPA Service)