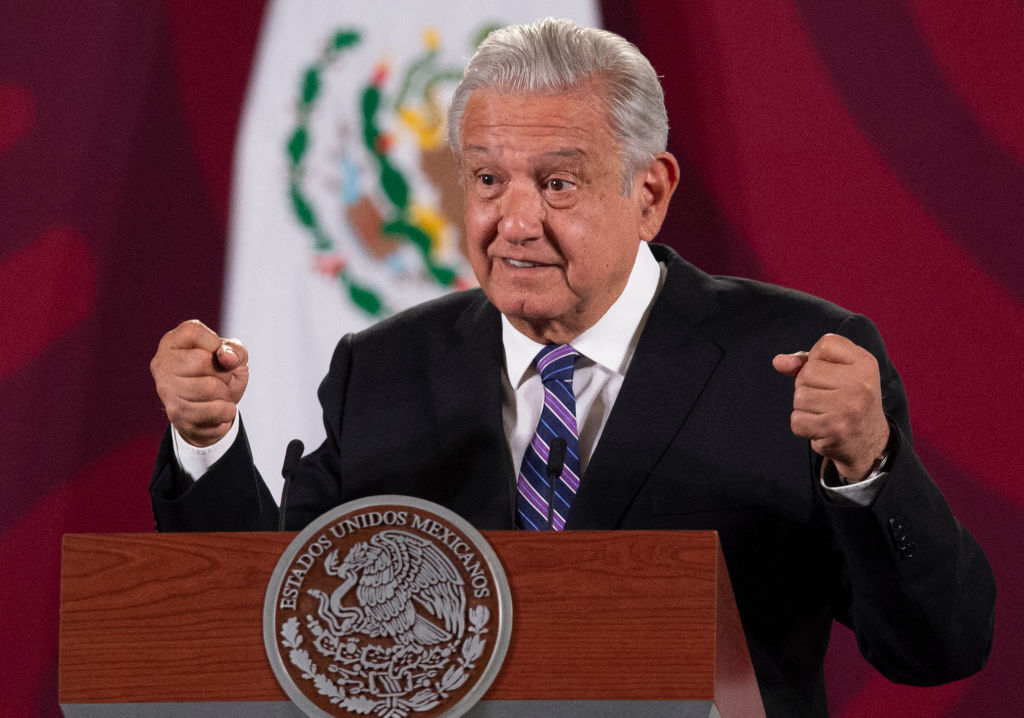 The outcome was never in doubt: Andrés Manuel López Obrador was going to win Mexico’s historic recall election on Sunday, April 10. And he did, with 91.86 percent of the vote — or 15.1 million out of 16.5 million votes cast. The election is important on two counts. In addition to ensuring that AMLO will remain in office until the conclusion of his term in September of 2024, the election also establishes an important precedent that Mexican presidents and governors, once considered untouchable, can be subject to removal from office before their terms are over.

This first-ever recall in Mexico’s history was a long time in the making. As an opposition mayor of Mexico City, AMLO himself inaugurated the precedent of convening a recall halfway through his period in 2004, winning handily. From there, he included the promise to submit himself to a recall in the platforms of his three presidential campaigns. Once he finally assumed the presidency following his victory in the 2018 election, his administration, together with his MORENA allies in Congress and state legislatures, amended the constitution to include the possibility of both recalls and binding referenda.

But from there to putting the new provisions into practice, there was still a long way to go. When AMLO proposed that his recall election take place — logically — on the same day as last year’s midterm elections, the opposition refused, fearing that having the two on the same day would increase turnout to its detriment.

Once the date was finally set, the conservative-dominated National Electoral Institute (INE), which has long been at odds with AMLO, proceeded to do everything possible to gum up the works. This meant alleging budgetary constraints in order to set up barely a third of precincts, doing a bare-minimum promotion of the recall, and strictly applying the law to penalize political parties from promoting it on their own while giving carte blanche to those calling for the event to be boycotted.

As for the opposition, after initially planning on participating in the recall, the cold calculation that they were likely to lose — and badly — made it back out. Instead, it decided to delegitimize the process itself, tarring it as an instrument of authoritarian propaganda and trusting that large sectors of the press would happily take that line and run with it. In this way, its political cowardice could hopefully be repackaged as a principled stand.

There was only one problem with the strategy: it required the public to overlook the fact that it has spent three years deliriously painting AMLO as a dictator, an Adolph Hitler, a Benito Mussolini, and an insidious perpetuator of coup d’états, only to then turn its back on the one mechanism that could remove such an urgent menace ahead of time.

The height of this silliness came a week before the vote, when opposition groups organized an anti-recall march with the slogan “Terminas y te vas,” or “Finish your term and go.” As Mexican presidents cannot be reelected, the opposition was calling on AMLO to do exactly what he was going to do anyway — the political equivalent of telling the sun to continue to shine.

The balance of Sunday’s recall was positive. It showed AMLO, MORENA, and progressive forces in general to be on the side of expanding direct democracy, as they should be. It showed organizing muscle in the ability to turn out, despite numerous obstacles and on a Sunday before a vacation period, some 15 million supporters — more than AMLO’s official vote tally in his first presidential run.

It provided an important focus for the movement’s social bases to mobilize, after two years of an atomizing pandemic and in the run-up to key votes on the president’s energy reform proposals. And it highlighted the disarray, improvisations, and antidemocratic nature of an opposition that has learned nothing from its three years in the wilderness.

But in order for MORENA and its allies to be able to truly claim that they are on the side of direct democracy, they have to show the same consideration and organizing ability in the case of other issues — such as the pressing social and environmental conflicts that dot the country — and not just the ones that are politically convenient or that the president happens to agree with.

The restrictive nature of the law itself is also in need of a serious review. In addition to a signature-collecting process, both referenda and recalls require a turnout rate of 40 percent of the federal voter roll to be binding — a virtually impossible threshold unless they were to be held on the same day as a presidential or congressional election. At the moment, this has been strictly ruled out.

Without lowering the threshold or lining up voter initiatives with scheduled elections, the law runs the risk of becoming a dead letter — a nice way to claim that direct democracy exists on paper without the legislation having the teeth to put anyone, or anything, at any real risk. This must also be paired with an electoral reform that prevents the INE from sabotaging future ballot measures through opposition or simple inaction. While the door to direct democracy has been opened, without these reforms, the Mexican public will still remain on the outside looking in. (IPA Service)