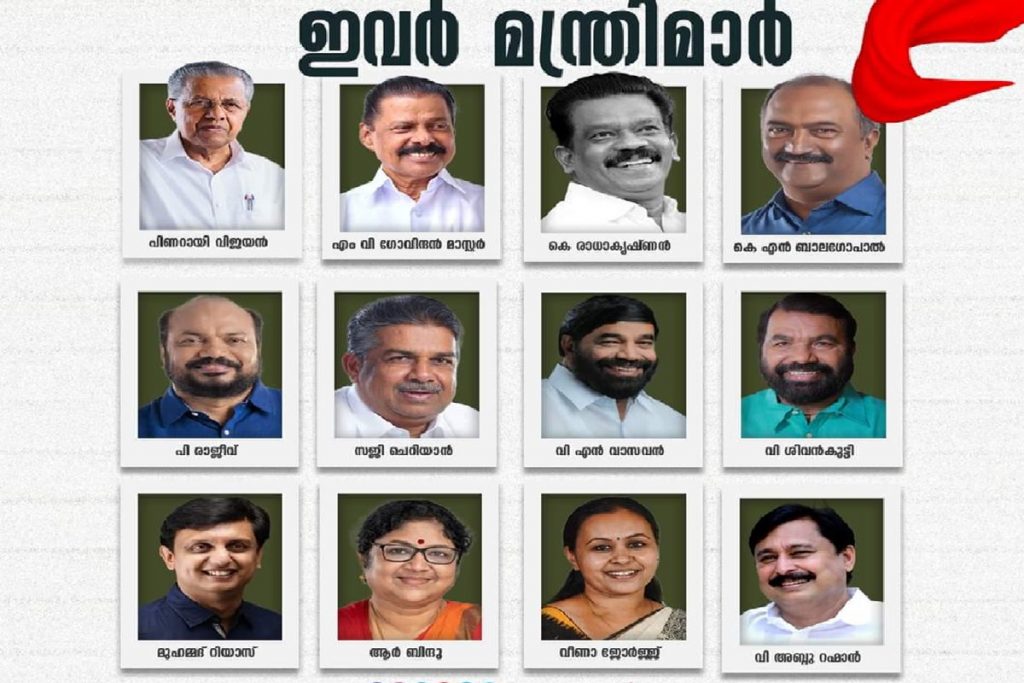 THIRUVANANTHAPURAM: It was a totally unwarranted and unjustified rebuff from Union Railway Minister Ashwini Vaishnaw to three Ministers from Kerala.

What compounds the Minister’s ‘offence’ was the fact that the Kerala Ministers could not meet him despite having a scheduled appointment with him. No reason has been given for the sudden cancellation of the meeting. It may be mentioned that CPI(M) MPs Elamaram Kareem and John Brittas had met the minister a few days back to confirm the appointment.

The Ministerial delegation consisting of Food Minister G R Anil, Education Minister V. Sivankutty and Transport Minister Antony Raju then met Minister of State for Railways Darshana Jardosh and urged her to expedite priority railway projects in the State.  They also submitted a memorandum underscoring the urgent need for development of the rail network in the State. In glaring contrast to Ashwini Viaishnaw’s rebuff, the minister of state was positive in her response, said the three ministers.  They also met Railway Board chairman V K Thripathi, who also gave them a patient hearing, according to the ministerial team. He told the delegation that the project had not been abandoned, adding that a multi-modal survey was on. Moreover, work on the development of the Thiruvananthapuram Central Station was in progress, the Railway Board Chairman informed them.

The positive response from the Minister of State for Railways and the Railway Board chairman was a relief for the ministerial delegation which felt insulted over the refusal of the Railway Minister to meet them.

What pained them was the fact the minister who did not have the time to meet them met a delegation of BJP leaders from the State led by Union Minister of State V. Muralidharan. The Ministers felt that the cancellation of their meeting with the minister came after the BJP delegation met the Minister. They suspect the hand of Muralidharan behind the ministerial snub.

The memorandum requested the Railways not to drop the proposal for a satellite terminal at Nemom in Thiruvananthapuram district. Among other demands were the development of the Kochuveli terminal and a survey for the proposed Thiruvananthapuram-Sengottai hill railway.  The ministers averred that the need for a Thiruvananthapuram-Sengottai rail line passing through Nerdumangad, Palode, Kulathupuzha and Thenmala was extremely important for the State in view of the connectivity to the Vizhinjam seaport project. Dropping the proposal for a satellite terminal at Nemom would lead to a big setback to the Kerala capital in particular and Kerala in general. The terminal would allow Railways to operate more trains from other parts of the country besides giving an impetus to the overall development of the State.

Meanwhile, the Centre’s indifferent attitude to the SilverLine semi-high speed project was clear from the Railway Minister’s expression of doubt about the feasibility of the project. The project, the minister said could cause a major financial burden for the State and can be taken forward only after detailed verification.

In a clear dig at the Kerala government, the minister said the project should be taken forward only after seeking the opinion of experts in different fields like engineering and environment.  Careful homework should be done first and the people should be taken into confidence before taking a final call on the project, he said.

It is evident from the attitude of the Railway Minister that the SilverLine project is in a state of limbo. Not only that. Other rail projects for the State are also facing uncertainty in view of the Centre’s go-slow policy.  Unfortunately, the attitude of the 19 Opposition MPs to the Centre’s partisan approach is totally negative. Instead of taking a strong approach on the implementation of rail projects meant for the State, the Opposition is busy trying to settle score s with the Left Democratic Front (LDF) Government.  The result: the legitimate interests of the State have gone by default. There is no light at the end of the railway tunnel for Kerala. (IPA Service)