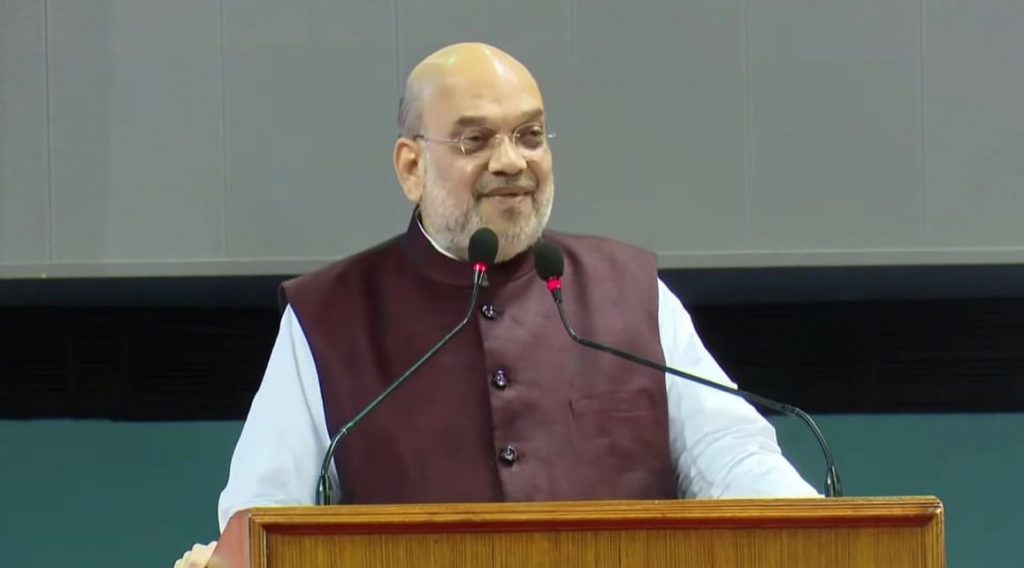 On the one hand we have a politician on a ‘Bharat Jodo Yatra’ and, on the other, there’s the politician who divides along linguistic lines. And the manner in which this is being done couldn’t be more untimely. In the sense, why give Hindi a bad name by raising the highly contentious topic of India’s “link language” on none other than ‘Hindi Divas’

Hindi is such a beautiful language; why make it the reason for language strife in a nation of languages; varied languages spoken in several tongues? Union Home Minister Amit Shah seems to take pleasure in rubbing the non-Hindiwala the wrong way by attempting to push Hindi down the throats of the Madrasi, the Malayali, the Kannadiga and the Telugu among other tongues.

This September 14, the designated ‘Hindi Divas’ for Indians at large, Amit Shah once again set the Hindi cat among the non-Hindi language pigeons and watched the drama unfold from the sidelines. Only language-sadists get a thrill playing such a game. And to add insult to injury, Prime Minister Narendra Modi plays the ‘good cop’ to Shah’s ‘bad cop’ with a Tamil ‘Vanakam’ thrown here, and a Kannadiga ‘Namaskaram’ there!

These two Gujarati gentlemen play the link language game with practiced ease. And the “BJP crowd” roars in approval. The trouble is, for the non-Hindi, Shah’s link language is a foreign language. And Shah and Modi should stop the ‘good cop-bad cop’ routine with the people of India, especially with those who continue to get called ‘Madrasi’ by the Hindi-speaking ‘mahanubhavs’ of Bharatvarsha.

When Hindi-stan celebrated ‘Hindi Divas’, Shah couldn’t resist from reminding the Madrasi, the Malayali, the Kannadiga and the Telugu that Hindi is India’s “link language”, and the rest others in the 28th Schedule are not worth the tongue they’re spoken with.

Shah could do with a crash course in how not to hurt the language sensitivities of the Tamil, the Malayali, the Kannadiga, and the Telugu. Perhaps of the Punjabi, and the Himachali as well. Never mind that of the Marathi, and the Gujarati. And, if the Bengalis have a problem, stop the ‘khela hobe’ in West Bengal, too.

The people of India’s various linguistic states don’t like it. If Shah and Modi want it, they can do a referendum in Gujarat and pick Hindi over Gujarati. The trouble with this country is the Gujaratis have had and continue to have too much of a say in matters related to all of India. Mahatma Gandhi and Sardar Patel deserved it and got it, but that doesn’t mean every new pair of Gujarati who hit the national scene also deserves the same.

And why should it be left to the Tamil only to fight the language war for the rest of the non-Hindi speaking Indians? Tamil Nadu Chief Minister MK Stalin is the lone non-Hindi man standing against the depredations of Hindi-chauvinism. Malayalam, Kannadiga and Telugu are no less under threat.

And Marathi should join hands with Tamil and Malayalam, along with Odhia and the languages of the northeast. Why, even Kashmiri has a standing, along with Sindhi and the Himachali.

What is this BJP-obsession with Hindi? It shouldn’t be, but there’s a smell of RSS there, definitely. The RSS-interference is in every sphere of Indian life. Shah’s contention that Hindi is to unite India is dangerous. What right does Hindi have over that of Tamil, and Malayalam? Just because capital Delhi happens to be in the Hindi-heartland doesn’t give Hindi a greater say. Stalin is right.

Like Stalin said, the country is “India”, and not “Hindia”. So, rename ‘Hindi Diwas’ “Indian Languages Day” and get on with nation-building. Stalin has more “unity” in his little finger than Shah in his bunched fist. The DMK government’s statement stressing the importance of all Indian languages should be put up for debate in Parliament. Why is it that only with Hindi can a citizen get an idea and understanding of India’s diverse cultures, and history. What happened to the whole “Unity in Diversity” thing?

Home Minister Amit Shah and Prime Minister Narendra Modi need to imbibe a whole new vocabulary to spread the language of unity. Some unify with a ‘Bharat Jodo Yatra’, others must think about not pitting language against language to bring about unity. Shah’s assertion that Hindi is not a “competitor” but a “friend” of “regional languages” is unacceptable. By that token, even Hindi is a regional language. (IPA Service)

Labour In Informal Sector Is In Pathetic Economic Condition In India
Posting....