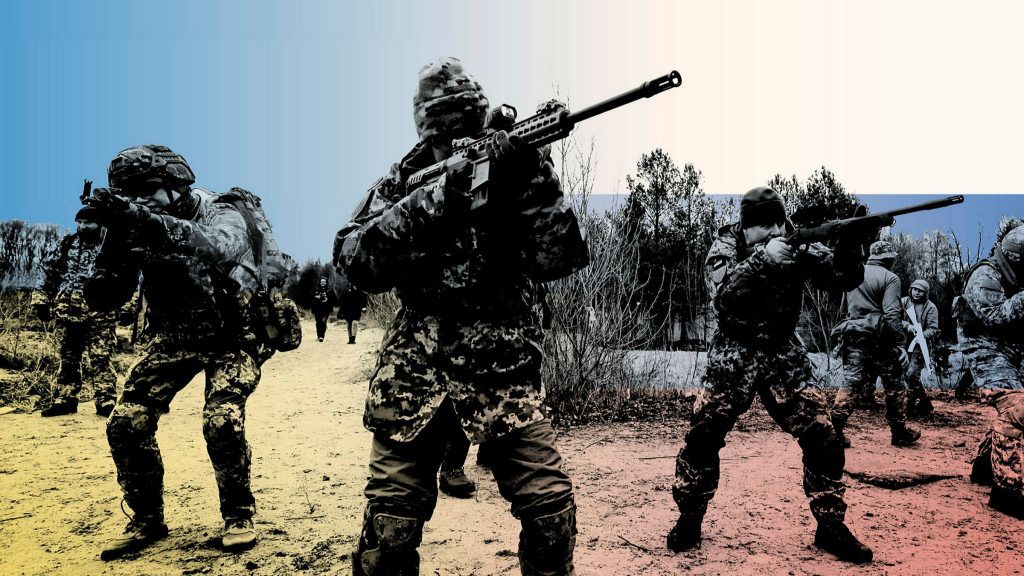 The battlegrounds in eastern Ukraine are proving to be prey wars between two weapons systems — old Soviet type weapons and those advanced latest weapons developed in the west. The battle worthiness and the effective of the competing firepower would indicate a lot for the future of conventional warfare. These lessons from the fields should have an important being for India’s defence preparedness as well.

A week back there was a report that a massive explosion had struck a railhead in Kherson area which is under the Russian control in eastern Ukraine region of Donetsk-Luhansk. The explosion had lit up the entire night sky and destroyed one of the largest ammunition depots of the Russians near a railhead.

It is only now that reports are appearing about the story behind such explosions. In a Facebook post a local Ukrainian official wrote:

“In Nova Kakhovka minus one Russian ammo depot. They (the Russians) brought, brought, stockpiled, stockpiled and now have fireworks at night.” That was a laconically apt description of what had happened.

What had happened is that a huge arms and ammunitions depot was struck by rockets far behind Russian frontline by extremely precise weapons. A Russian correspondent subsequently had reported that the weapons had landed in a “penny size area”.

The Ukraine war is fast transitioning from cold war days conventional battle to a high precision targeted warfare. The battle ground is changing in effect from use of Soviet era weapons to a combat between old Soviet weaponry and newly developed US weapons systems. A sort of confrontation between quantity and quality.

How it is happening could be seen on the eastern and southern battlefields in Ukraine. Ukraine military now has deployed US HIMAR  — High Mobility Artillery Rocket Systems —rockets and missiles which have a range of 70-80 kms behind the Russian frontline. An example of the ferocity of the new weapons was seen when a whole ammunition depot of the Russians was blown up. Already some twenty Russian ammunition and command headquarters have been blown up, some suggest.

The HIMAR rockets are GPS guided missiles and therefore with the help of satellite guidance could land between two meters of a target. Compared to that the Russian follow carpet bombing of large areas which mean using up a lot of ammunition. They believe in pummelling a target with huge quantities of artillery.

In fact, the west and the US are reserving their fire power. US has not so far supplied the M77 anti-artillery rounds which can which can drop 8000 boomlets in less than 60 seconds, the Economist of London reports in its latest briefing. Further, longer range rockets and missiles, which can be fired 300 kms are also on the supply lists.

Additionally, United Kingdom is all set to supply some latest missiles launchers which are even more deadly than HIMARs. UK is giving intense training to Ukraine forces on its soil and preparing them to use these advanced weapons systems.

Since the invasion began Ukraine had collected detailed information on the positions of Russian facilities in the areas they have taken over in eastern parts. The Ukrainians have a complete idea of the Russian command headquarters and ammunition depots and logistics hubs.

With the HIMARs and similar other weapons supplied by the west, the Ukrainians have started attacking and destroying these Russian backlines which supply the front army columns.

These supply lines being immobilised, the Russian advances, which were reported sometime back, have been once again stalling.

The battlegrounds are thus demonstrating the effectiveness of the western systems against the Russians in the conventional warfare. US is practically experimenting the battle worthiness of its new weapons in actual deployment.

This new turn has two aspects. Either that the Russians wear out in the face of the combined onslaught of the west channelling all their thrust through Ukraine. Getting further encouraged seeing the Russian ineptitude, the west is further egged on its support to Ukraine.

Alternately, desperate as they might be, the Russian high command, under a megalomaniac Putin, can resort to some drastic hits. maybe, including tactical nuclear weapons. This is a real danger. France had initially cautioned about Russian desperation and humiliation. But now the French are supplying some of the most advanced weapons to Ukraine.

To recall, the Russians had warned the United States against supply of some long range weapons to Ukraine on the ground that such supplies would be construed as an attack on Russia itself on its soil. However, US and its allies have totally ignored the warnings and have gone ahead with these new weapons.

In fact, there is a strategic reassessment that is engaging the serious attention of the European leaders. The hardliners are going in for a final kill which should provide lesson to Russians against adventurism. The doves are fearing a disastrous miscalculation and attracting a fierce counter measure from Russia. (IPA Service)